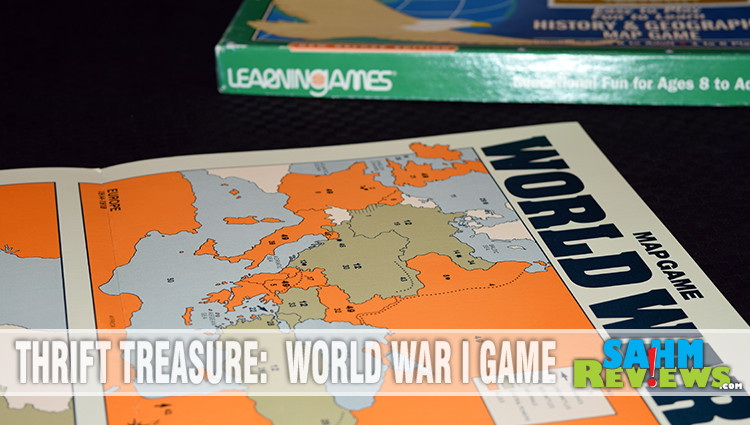 When we’re shopping at thrift, the best thing we experience is finding a complete copy of a game from our childhood. They say you can’t relive memories, but in this case you can. Just seeing the box or board causes the memories to flood back in. Those games always end up in our cart.

After that, we love finding games that are not in the unofficial bible for the industry, the BoardGameGeek database. Every fall we find brand new games that no one has submitted for approval yet, and every once in a while we run across an older game that hasn’t found it’s way into the catalog. It happened again this week when we picked up a nearly-new copy of the World War I Game by Educational Materials Associates. While there were other games from this publisher already uploaded, the WWI version had escaped detection for over 40 years! 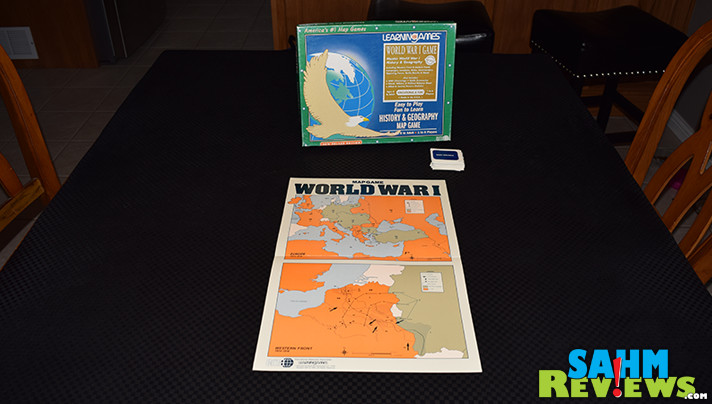 World War I Game is similar to the other titles in EMA’s Learningames line. The box includes a map of the area of study, accurate to the time period. A number of double-sided cards are also included and must be separated from their perforated sheets. The map is laid out in the middle of the playing area and the cards are shuffled and set in a draw deck next to the map. The side to use is agreed upon before the game begins. 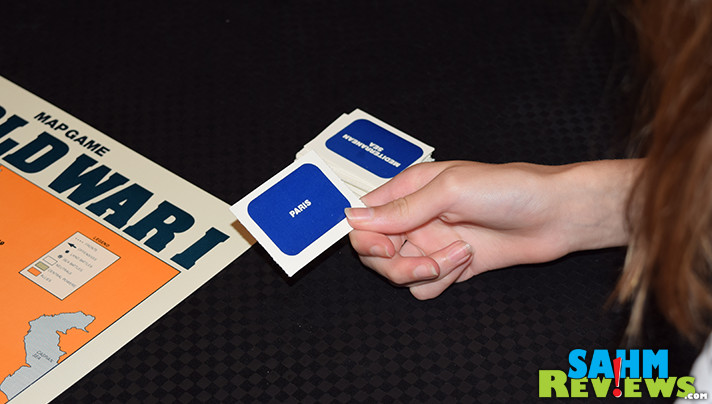 The double-sided cards have information on both side that correspond to each other. On one side is a name of place or an event. When using this side, players must attempt to point out the correct location on the map and call out the number corresponding to their selection. But before you turn over the card to reveal the correct answer, other players have the opportunity to challenge the answer with one of their own. 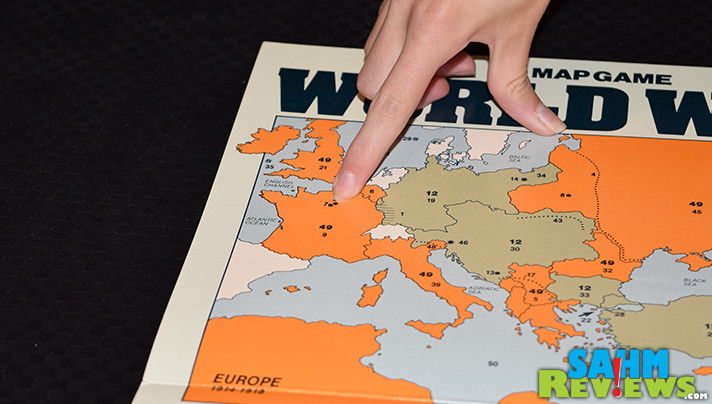 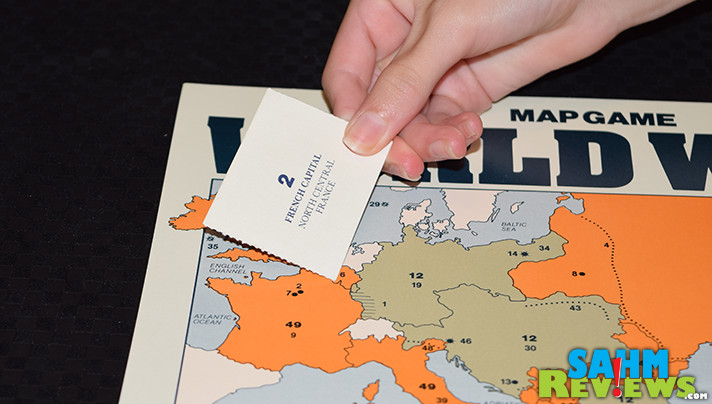 If playing with the “B” side of the card, you will see the location on the map and a description of the event or place. It is up to the active player to correctly name the event/place! As you can see, playing this option makes the game quite a bit harder! Players take turns in clockwise order until all cards are removed from the draw deck. The person with the highest number of collected cards wins World War I Game! 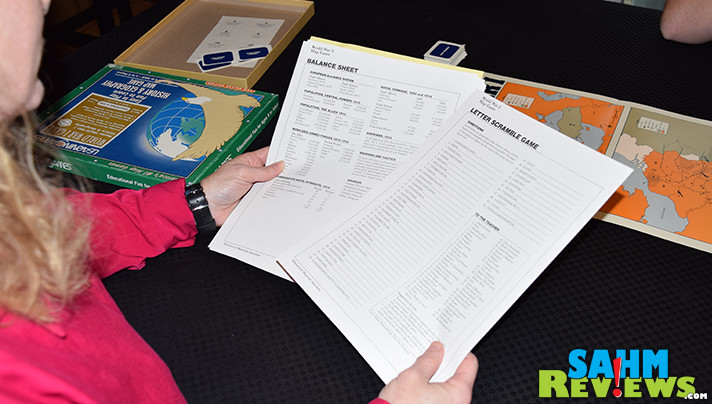 Targeted towards the classroom, World War I Game came with copy-able letter scramble and word find games, WWI data sheets and chronology, study guides and an order form for additional copies (or other versions in their Learningames line). I secretly wish our history teacher had taught with these materials – I might have actually paid attention in class!

You can still find the World War I Game on eBay in various conditions for less than the original MSRP of $38 for the teacher’s edition ($13 for the student edition). Maybe now that we’ve added our copy to the BGG database we’ll see more versions come out of the woodwork!

Do you have any games that aren’t listed on BGG?