Home / Educational / Things to Know When Your Student Joins Orchestra 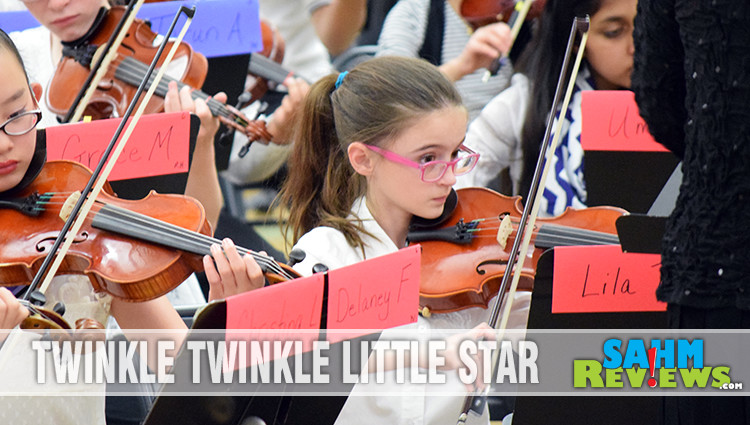 Things to Know When Your Student Joins Orchestra

Have you ever felt like a fish out of water when your child has expressed an interest in joining some club, sport or activity? That’s exactly how I felt five years ago when Madison decided she wanted to join the school orchestra. Neither of my brothers nor I participated in the school music programs so this was all new to me. Since that time, we’ve learned a lot by trial and error. Some of those errors were ours, some belonged to others. I asked some orchestra friends what they wish they knew when their child joined orchestra and we came up with lots of ideas. Hopefully these tips will help you be more prepared for the excitement that is to come!

Band and orchestra are different

When Madison first said she wanted to play the cello, I had a question regarding the program. I looked on the district website, found the contact information for the band director and called. What I quickly learned is once you’re ready to dedicate to an instrument, you join the appropriate program. Cellos are not part of the band. As such, I was directed to the director of the orchestra program. I felt like an idiot, but have since found myself correcting MANY adults who haven’t made the delineation between such programs. Orchestras are generally small and usually consist of string instruments only. Symphonies are larger and include string instruments, brass, woodwind and percussion. Pretty much all the things you might associate with a band. Which, by the way, is different. Bands, on the other hand, don’t have string instruments. Are you confused yet? Then we won’t even discuss all the variations of each such as marching band, philharmonic orchestra, pops ensemble, jazz band, etc.

There are four instruments typically: Violin, Viola, Cello and Bass. However, you may hear about Violin 1 and Violin 2. They aren’t different instruments, just different music parts. One other interesting thing to note in case you’re looking to surprise your child with sheet music. Remember learning about treble clef? Not every instrument uses it. I went to buy Madison some music when she started and quickly learned that not all music is the same… her cello uses bass clef. Oops. 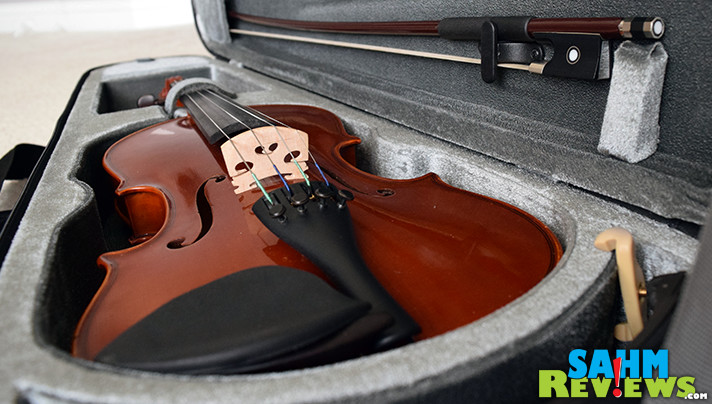 Rent or Borrow an Instrument but Invest in a Stand

Not every child is going to love playing. Some are going to love it, but want to try a different instrument. It’s more common than you care to admit. In addition, instruments are scaled to the size of the child so most won’t be ready for a full size instrument for at least a couple years. Lease programs factor this in and allow you to swap sizes as needed. If finances are an issue, ask. Schools often have instruments available for rent or to borrow. Some local symphonies even offer scholarships, grants or provide some type of financial assistance to ensure all kids who are interested in learning an instrument have the opportunity. While we don’t encouraging purchasing an instrument off the get-go, they’ll need a music stand. There are super cheap folding ones or you can spend a couple extra bucks for one that holds up. Spend the extra couple bucks… it won’t fall apart as fast.

There are smartphone apps that will allow you to tune your child’s instrument. As they transport it from school to home and back, it’s bound to get out of tune. It’s important for the instrument to be in-tune so they know what notes are supposed to sound like. Give them time and they’ll figure out how to use it themselves. With practice will be able to tune it by ear.

No Cheering at Orchestra Concerts (AKA Orchestra Etiquette)

There is a whole new world of etiquette that orchestra will introduce into your life. Here are a couple examples. 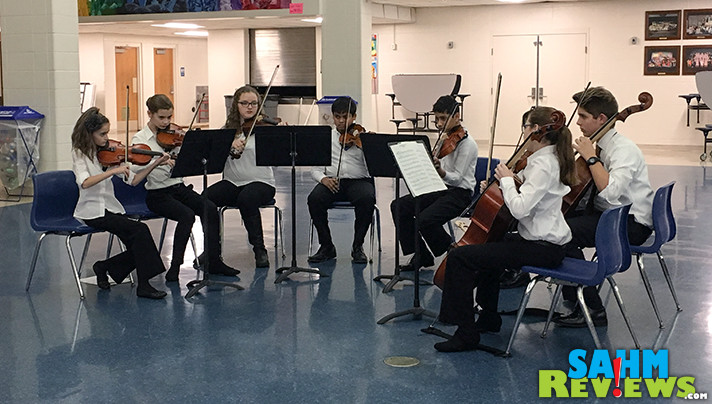 I’m *that* parent that doesn’t let my kids wear whatever they want. The orchestra directors provide a dress code not just so everyone looks alike, but so it doesn’t distract the audience. Dress code is typically white or black elbow-length shirt, black slacks/skirt, socks/tights, closed-toe shoes. As you look at the performers, you see their faces and instruments and the rest falls into the background. From head to toe (including shoes and socks), the musicians should be dressed appropriately and here’s why. Picture the orchestra filled with dress code then someone decides not to wear black socks. THAT will catch your eye. When I first heard this rule, I followed it but was amazed by the number of parents who didn’t. 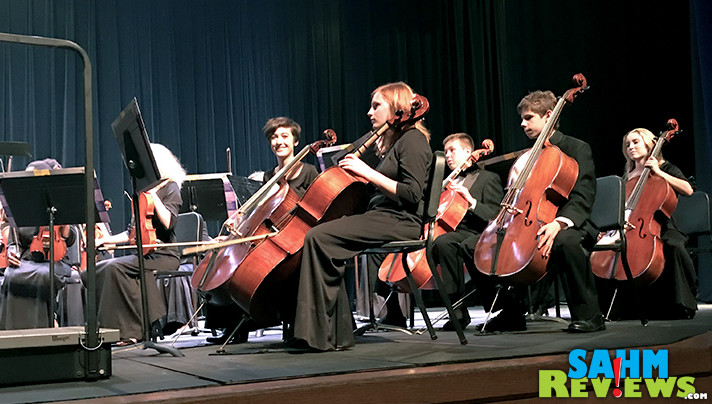 Where They Sit Means Something

While instructors of new musicians will often randomly seat the children, as they get more experienced where they sit means something. If you’ve ever heard the term “First chair” then you already recognize it’s a position of importance. The top player in each instrument section is placed in the first chair, the second in the second chair. The order of placement filters from the front of each section to the back with the most powerful performers at the front. First chair violin is known as the Concertmaster. Each first chair of other instruments are referred to as Principal. So if they come home telling you they are sitting in the first chair, it’s kind of a big deal so celebrate.

In the beginning it will be difficult. It isn’t going to sound like music and you’re going to have the same “Hot Cross Buns” song running through your head over and over. They might not feel like they are making progress when really they are. Ask them questions about how their instructor told them to hold their instrument. Encourage them to focus on doing at least one thing correctly. Then another. Teachers will say that “xx minutes of practice per day are encouraged” so use the teacher as your scapegoat. “The teacher says…” was our excuse for insisting the girls practice. 15 minutes a day is a good number and the practice will get them to the next level quicker. Breaking through to being able to play “fun” music helps keep them interested. As an example, Madison wants to practice her cello when she is upset, needs to focus or before working on any of her homework. If they say they need a new music lesson book, applaud. They’re under $10 each on Amazon and a new book means your child is making progress! While you expect them to put in the time, you should be willing to invest in private lessons. The schools usually offer individual lessons during school, but also have instructors available for lessons outside of school. Even if you only opt for a lesson every couple of weeks or once a month, having that outside influence will help instill the importance practice and commitment. 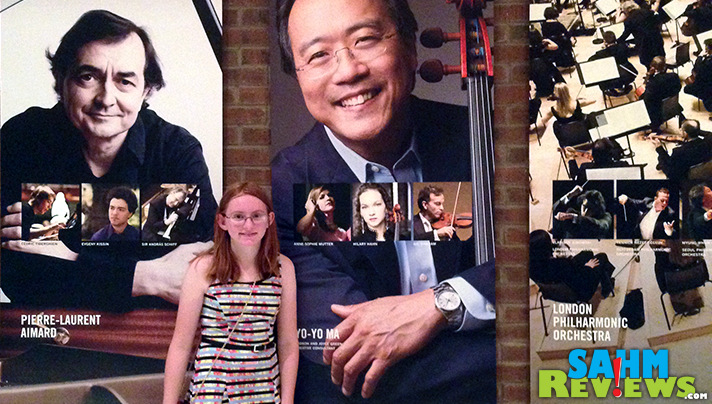 A young football player is going to understand the rules of the game if they’ve been watching it on TV or attending games. Music is no different so embrace opportunities to give your child a better understanding of their new interest. Tickets to attend the symphony is an excellent gift idea! Check with your local symphonies for students promotions and discounts. Even attending the orchestra performances of older students can offer a great deal of benefit. These experiences might also encourage your child to learn to compose.

Make Them Commit, but Let Them Quit

We don’t want our kids to be unhappy, so listen to them when they say they want to quit. If music isn’t their thing then forcing them into a life of dedication, lessons and performances will make them miserable. With that said, they committed to joining so give them permission to quit once they have finished the current school year. They are part of a team and emphasize the importance of following through. After a year’s worth of performances, bonding, learning new music and getting the hang of things they may decide they really do love it… or hate it. The end of the year is the time to re-evaluate.

School music programs are being cut from schools left and right, but we’ve been fortunate enough to be part of a school district that puts an emphasis on the arts. I’m so glad they do because it has truly enriched my life.

Do you have a musician in your home? 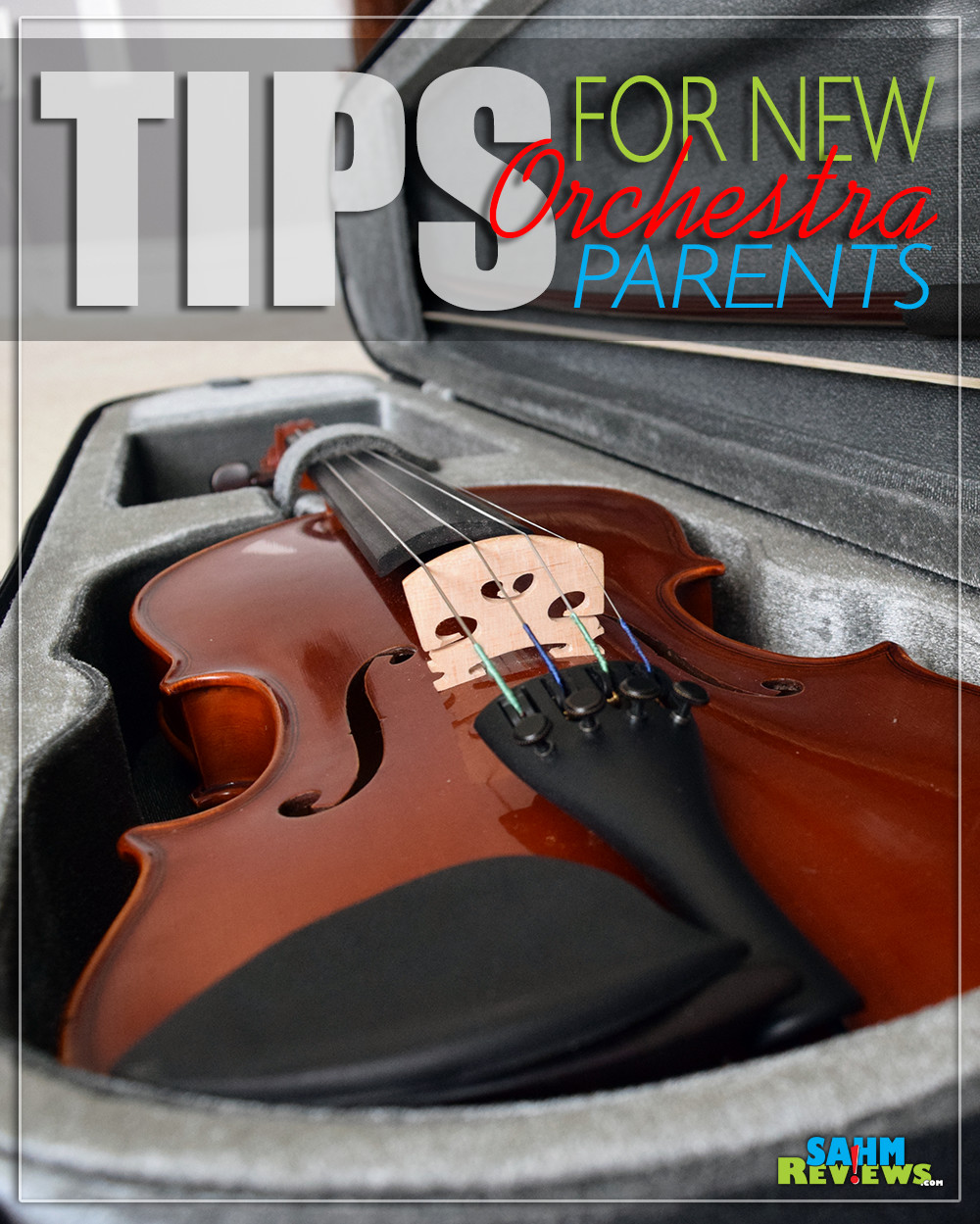 28 comments on «Things to Know When Your Student Joins Orchestra»