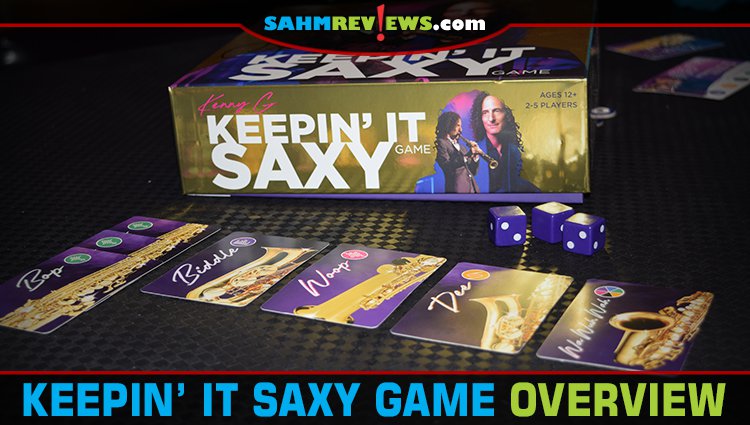 Every parent dreads the day that note comes home from the elementary school teacher. You know, the one that says it’s time to purchase a recorder for the latest music lesson. Having to listen to off-key squeaks and screeches can be painful. I sometimes think it’s how teachers emphasize how difficult their job can be. But for those of us that stick it out and encourage our kids to get better, it’s usually the first step before your child joins orchestra or band through their school. What starts out as noise becomes music and there’s not much more exciting than seeing your child learn to master such a skill. 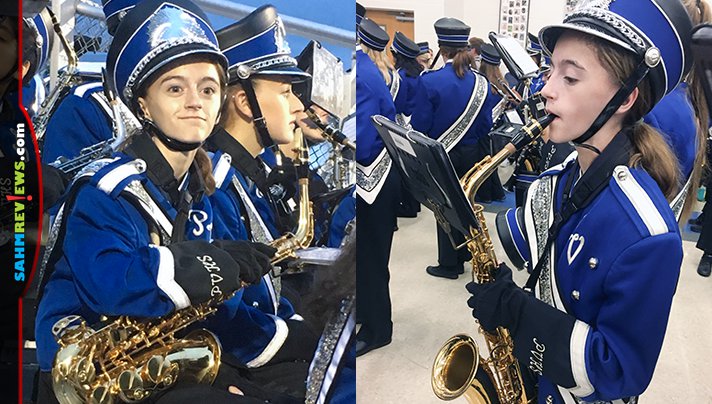 There are mornings that I’ll wake up to the sounds of Madison rehearsing a symphony piece on her cello and other times I’ll hear Kennedy kicking out some catchy tunes on her saxophone. Me? I never learned to play an instrument so the extent that I’m able to join in on that fun is by playing games about music. Since Kennedy loves playing the saxophone, it seems only appropriate that we play Kennedy G Keepin’ It Saxy from Big G Creative. A cooperative game for 2-5 players, Keepin’ It Saxy has you working together to ensure legendary saxophonist Kenny G keeps his groove. 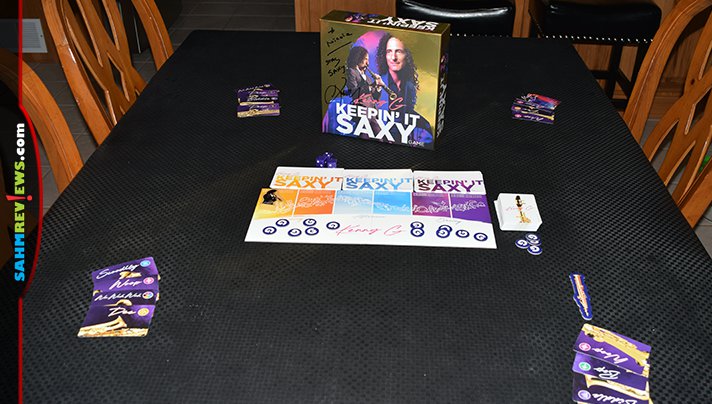 To set up a game of Keepin’ It Saxy, open the player board, flip to the side displaying the appropriate player count then place it in the center of the table. Create a pool of Groove tokens on the bottom of the board then place the remaining four tokens next to the board. Shuffle the Sax cards. Deal four face-up in front of each player. Create a draw deck with the remaining cards. Divide the Event Cards into Morning, Afternoon and Evening. Shuffle each deck and place them face down above the related sections of the game board. Place the dice near the game board and the Kenny G token on the first space of the board. 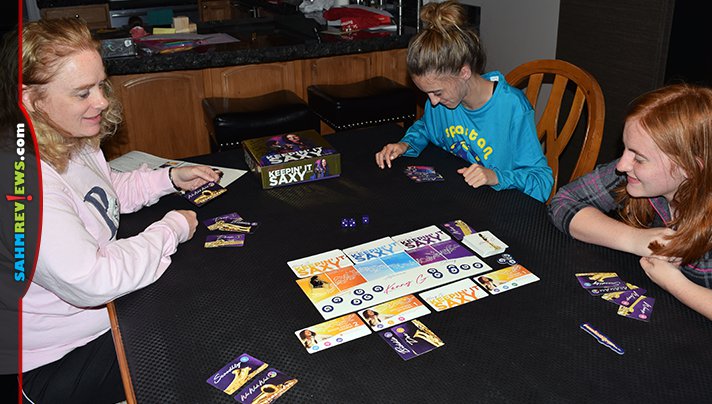 Each section of the board (two each of Morning, Afternoon and Evening) represents a round. Each round consists of the Event Phase, Sax Phase and Groove Phase. Players will discuss strategies and collaborate on ideas to achieve the goals. 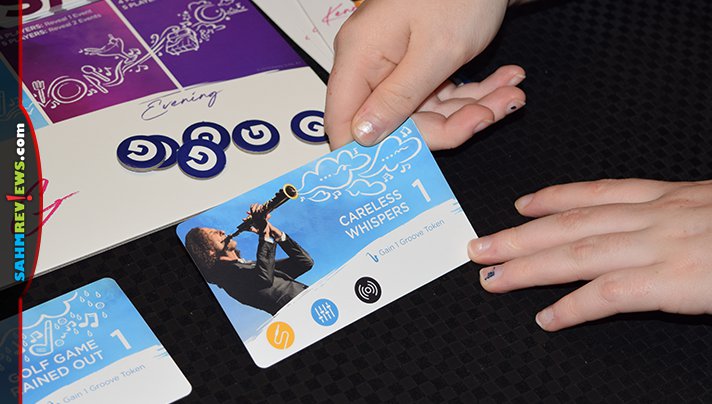 During the Event Phase, you’ll reveal Event Cards (varies based on player count) and place them face up in a row below the game board. These represent hectic events that can throw Kenny G off. They either feature a die or a saxophone and display details on how to complete them during the Groove Phase. 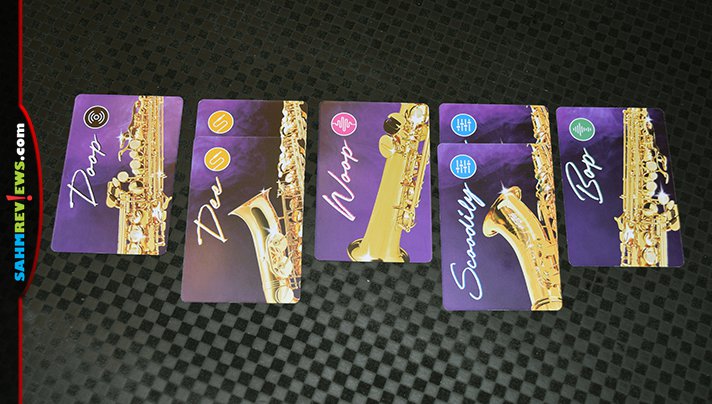 Starting with the first player and moving clockwise, each player takes any three actions in any order. You can play a sound card from your hand to one of the face-up Event Cards. Sounds Cards must be played in order as displayed on the card because you don’t read music all willy-nilly! 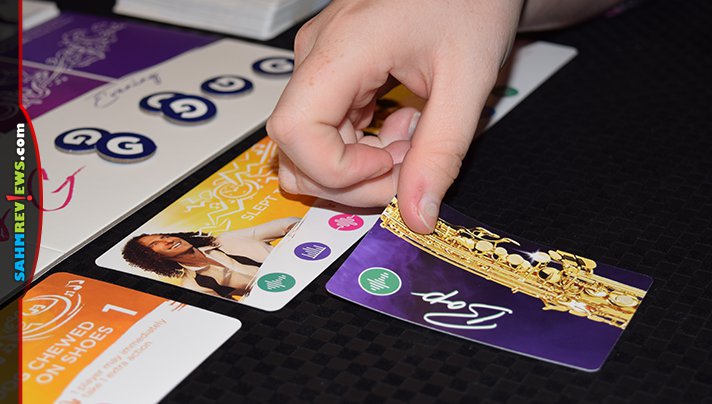 Instead of playing sound cards, you may play an Ability Card and follow the specified instructions. If you don’t have the right cards to play, you may opt to draw two cards or trade one card with another player. When you complete an event, take any benefits the card may allow then place all the cards in a discard pile. 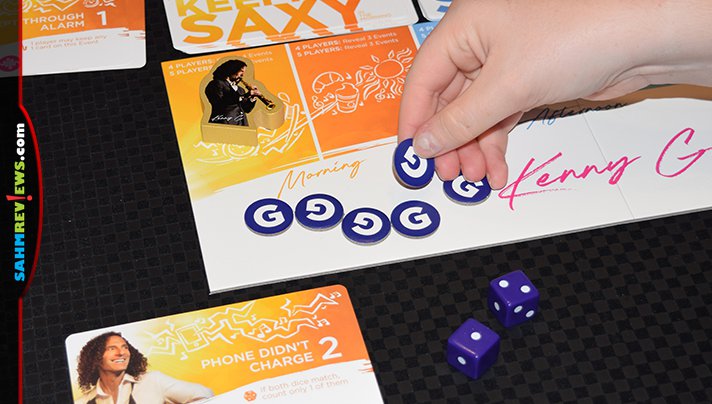 The final part of the round is the Groove Phase and it takes place after each player has performed their three actions in the Sax Phase. If you’ve completed all the Events in that portion of the day, you move to the Kenny G marker to the next space on the board, pass the first player token and begin another round. If you’ve failed to complete events, you’ll roll the dice and lose as many Groove Tokens as are displayed. 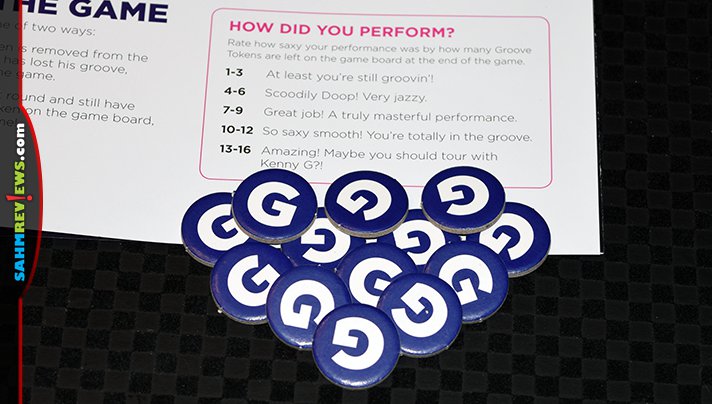 If you run out of Groove Tokens then Kenny G has lost his groove and the game is over. (Insert dejected music here.) If you still have at least one token left at the completion of the final round then everyone wins! You use the chart in the rule book to determine your grooviness level!

Bring the smooth jazz tunes of Kenny G to your next game night with Keepin’ It Saxy. Pick up a copy at your local game store or from Target. Big G Creative may have other games that are music to your ears so visit their website or find them on Twitter or Facebook to learn more!

Have you learned to play a musical instrument?