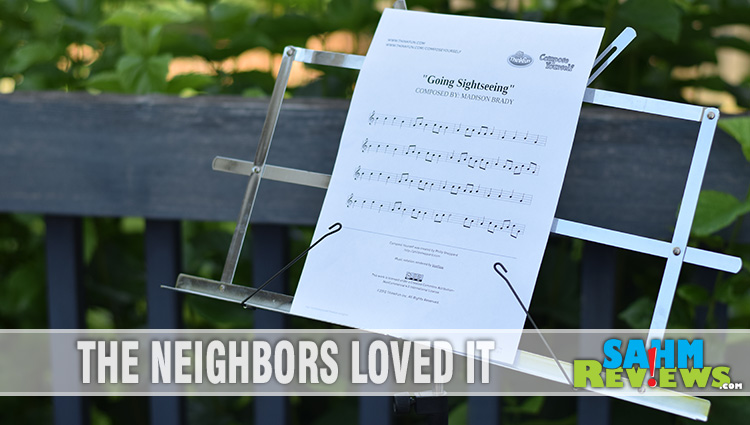 The Cheapest Music Lessons Around

While neither Nicole nor I have any musical talent to speak of, we’ve been fortunate to be blessed with two girls who not only enjoy listening to nearly every genre of music, but also love to learn new instruments. Both have been involved with the local youth symphony as well as participating in their school’s extra-curricular music programs. Madison has studied the cello for three years and has just completed her first year playing the french horn. Kennedy is no slouch either, excelling at violin while committing to the flute for the upcoming school year. We hope this leads to a lifelong appreciation for music beyond the pop-centric stuff you hear on the radio.

And while they both have learned to read music, there is an area they have both shown interest in but have no idea where to start – creating their own music. School programs focus on playing the classics, and there are a couple apps they enjoy that let them play along to current music while a YouTube video accompanies them. But at this age there is little to no encouragement for them to flex their imagination and start creating music they can call their own. That is until we found Compose Yourself from ThinkFun, one of our favorite puzzle & toy publishers. 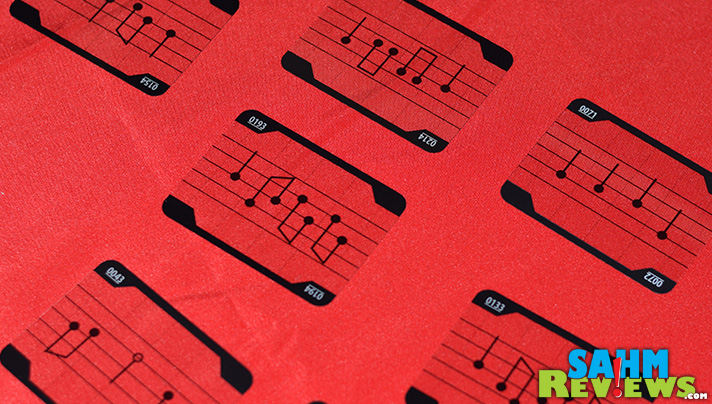 Created by well-known composer, cellist and professor at the Royal Academy of Music, Philip Sheppard, Compose Yourself attempts to simplify the process of music creation for all ages by providing the composer with pre-made measures on clear plastic cards that can be moved around, flipped and turned until the “perfect” combination is discovered.

Mr. Sheppard was also recently selected to score a piece of background music for the Comic Con 2015 reel of Star Wars Episode 7! 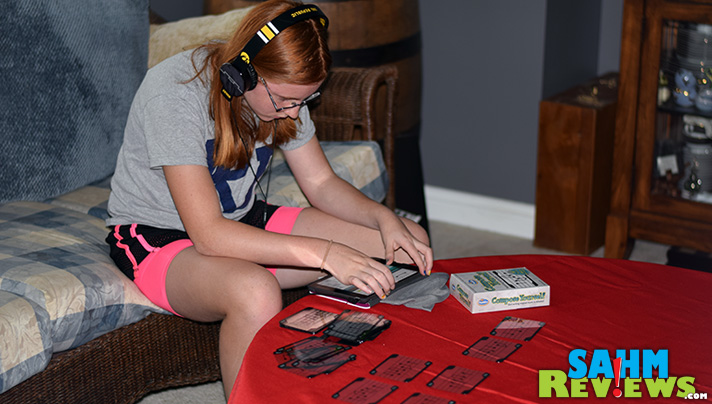 Used in conjunction with a free downloadable app for desktops and most tablets, once you have decided on which cards to use for your composition, you then enter the corresponding card numbers into the software where it compiles them into one piece of music. 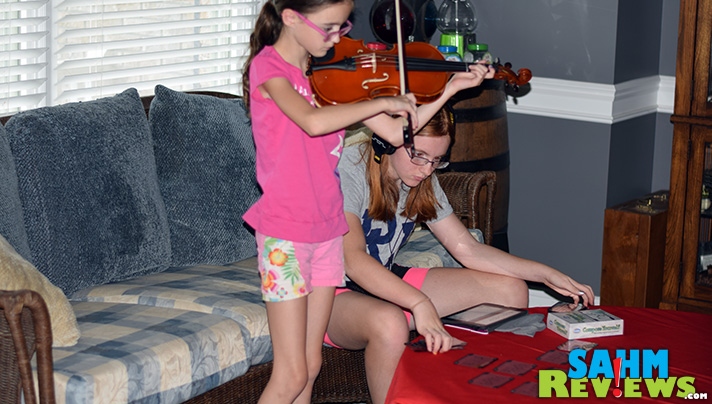 The Compose Yourself system doesn’t stop there. Once saved, you can listen to your new arrangement played by either a solo marimba or a full orchestra thanks to professionally-recorded samples. It is immediately satisfying to hear the fruits of your labor, and by listening to the full piece, you can decide if you would like to make any changes to it (just enter a new card number over an old one) or keep it as it is. 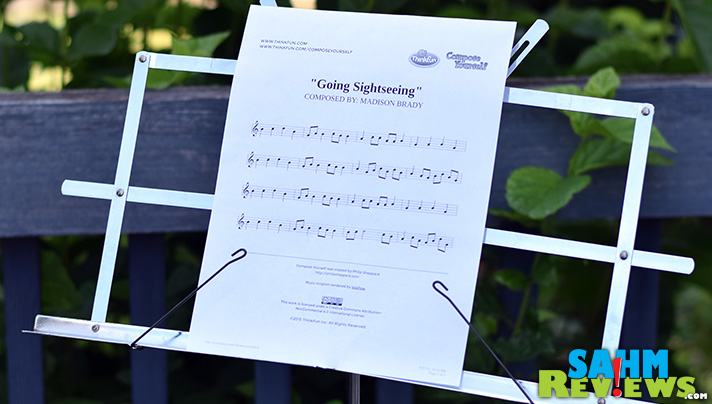 Once completed, you can save your new song as an .mp3 or even print out sheet music to save! And while our budding cellist would have wanted her music in a bass clef (please add this feature), our violin virtuoso took on the challenge herself and became the first musician to play her sister’s creation!

Compose Yourself was a perfect introduction to the world of music composition. Our only complaint (if you can call it that) was the lack of a couple features we would have liked to have seen. There didn’t appear to be a way to save your compositions in your account, at least we could not easily find one. It would have also been nice to have a QR code printed on the sheet music that we could scan and have it immediately pull up this saved file. Or even the corresponding card numbers printed somewhere on the sheet so it was easy to refer to later if changes were to be made.

At a price of under $20, this is the cheapest music lesson you will ever invest in. It provides a well-rounded balance to the lessons your child will receive from school or private tutor. Insight into the creation process, along with learning how measures fit together naturally will go a long way to giving your child a better understanding of music as a whole.

One lucky reader of SahmReviews will also win a copy of Compose Yourself courtesy of our friends at ThinkFun. Enter right now using the form below, and don’t forget to return daily for additional entries! Who knows, you might have the next Philip Sheppard in your family!

38 comments on «The Cheapest Music Lessons Around»