Let’s face it. Kids these days love video games. I can’t say I blame them, there are some pretty awesome games on the market. As parents, we have rules regarding our phones and try to weigh how much screen time our kids have versus how much of everything else they do. We also feel it is important to balance education, sports, arts and family time into that same picture.

Of course, it also helps when digital companies find ways to incorporate these other options into their games. Just Dance is an example of a video game that gets kids moving. Brain Chase incorporates education into website “entertainment”. Compose Yourself utilizes mobile devices to help create music. Now we’re seeing an example of a reputable toy company taking it the other direction. Ravensburger is utilizing a mobile device to remind kids how much fun imaginative play can be with the introduction of the Space Hawk series.

Imaginative play has always been a cornerstone of development and is most apparent in young kids. Some think children mature out of it, but in reality it’s something that can grow and evolve along with a child. This basic skill is crucial to a child’s ability to create a story. Where do you think ideas come from? Inventions? Books, movies or music? These things instrumental to quality of life begin with the creative mind. 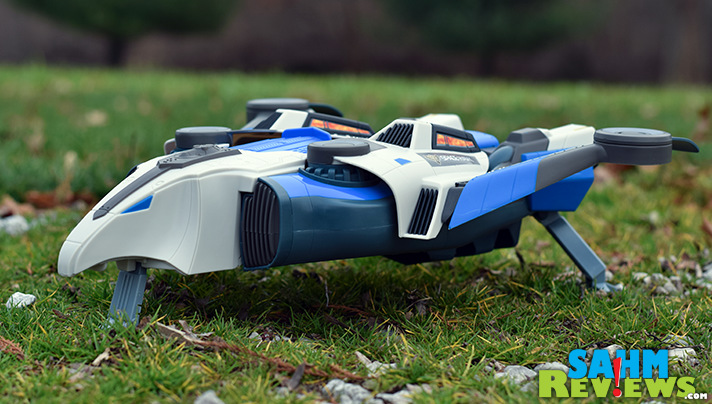 So why not encourage it throughout the years even if it means updating it to the way children play these days? That’s what Ravesnburger did with Space Hawk. They took a spaceship that a child could lift and fly and create a story then upgraded the ship to include a place to house a mobile device running an augmented reality app. 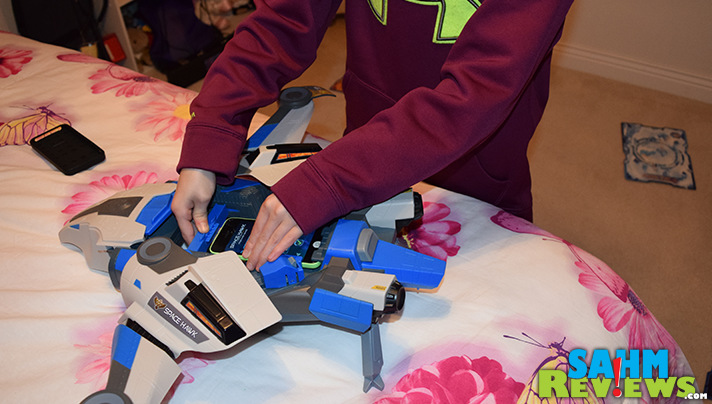 Within the app, Ravensburger begins the first missions with a variety of video tutorials. First and foremost are instructions on how to open and close the wings, put down the landing gear and secure the phone in place. From there, it moves into an explanation and digital tour of the ship before sending the child off the launch pad and into the vastness of outer space. 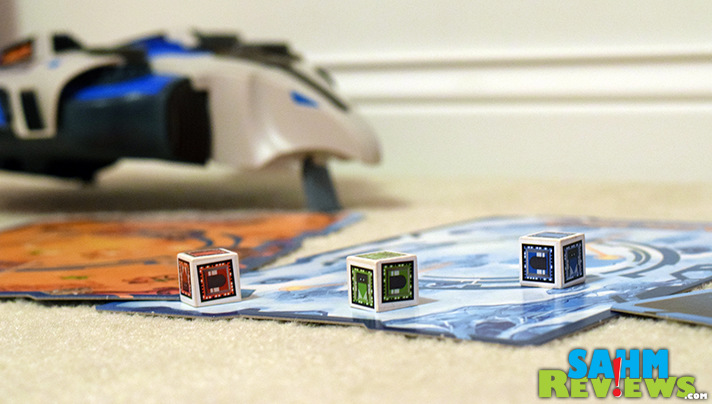 We weren’t able to tell if the game was on rails or if it was completely random, but how well the child maneuvered the ship seemed to impact the outcome. The interesting part of this toy is that it includes various components to give additional life to the story. In addition to several landing zones, it also includes custom dice that are used to give randomness to the missions. But they aren’t incorporated right away. Since dice are random, it is my guess that the game will be different each time, ensuring high replay value. They have already created expansions with additional scenarios to extend the play even longer. 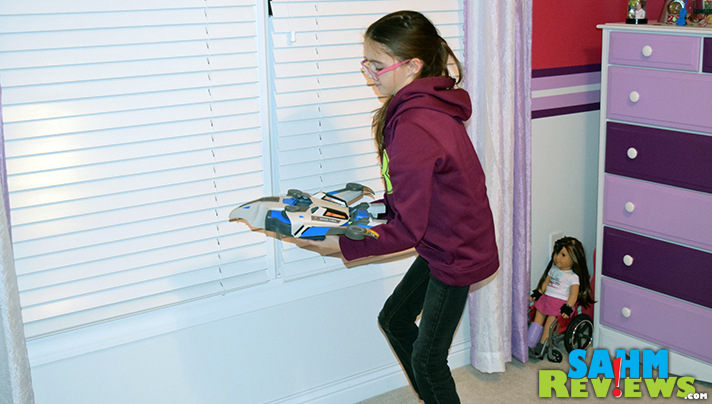 Initial missions focus on learning the movements that you would think would be natural to flying a toy space ship around. Nope. Apparently it isn’t common sense when you aren’t used to playing with aircraft. It isn’t about flying in a straight line at a designated altitude. 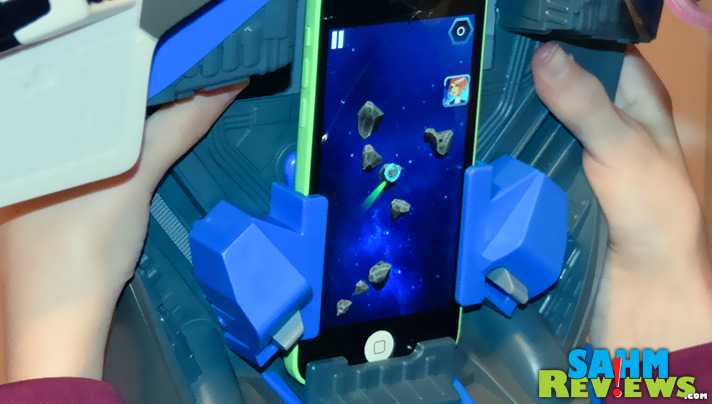 Space Hawk has you diving and climbing to dodge things like asteroids! Speaking of asteroids, there are missions that have you holding the spaceship while trying to target the asteroids on your screen. A little off target? Move. Those are exactly the kinds of actions that work to make the video game more active and the toy have more variety of ways to play. It’s a great way to allow children to play with electronics while encouraging them to use their imagination. 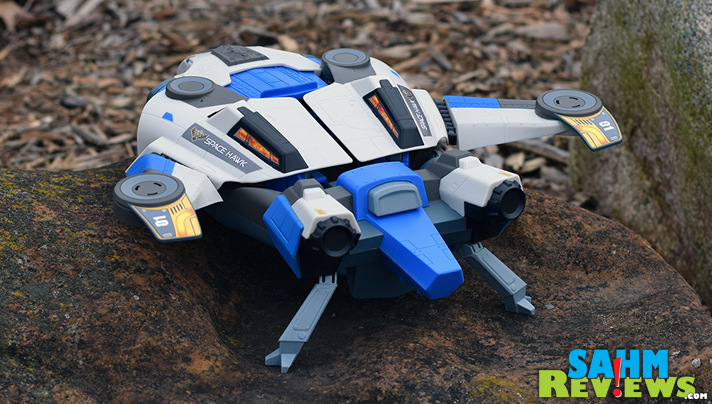 The scenarios in the app tell stories, teach how to land properly and even require ship repairs. Of course, the mobile device can be removed from the ship and it can be taken on rogue, non-scheduled missions to wherever the child’s imagination decides to take it. That’s the great things about this crossover toy – it still encourages kids to just be kids and play!

The app is available on iTunes and Google Play and it is currently being updated to make corrections to the app that didn’t translate well into English. I suspect they will continue to update, upgrade and modify the app as they see a need. If you’re looking for a gift that bridges the gap between technology and imaginative play, Space Hawk is worth considering. It is currently available on Amazon and can still make it there in time to go under the tree if you order soon! Learn more by visiting the Space Hawk website or by checking out Ravensburger on Facebook and Twitter.

What do you think about imaginative play?

21 thoughts on “Imaginative Play Gets A Digital Upgrade”