I started playing my first musical instrument when I joined the school orchestra in fourth grade, which was seven years ago. I picked cello, only because the person demoing it was playing the Star Wars theme. In sixth grade, I picked up the French Horn, and thus began my music career. When I got to high school, I discovered that I would need to learn the marching band equivalent of the horn, making the mellophone the third instrument in my arsenal. Now a junior, I’ve demonstrated a dedication not only to practicing, but also learning new instruments. As a result, I was asked to play trumpet by my band directors a few weeks before a concert to fill a position for one of the players that would be gone. I now play multiple instruments in the brass and string sections of an orchestra, but one of my weaknesses has been percussion. I have no previous experience and don’t even know the proper way to hold a drumstick! As someone who wants to pursue music as a career, I want to learn as much as I can and embrace opportunities to do so. I recently acquired a drum kit as a promotion so I could start that process. 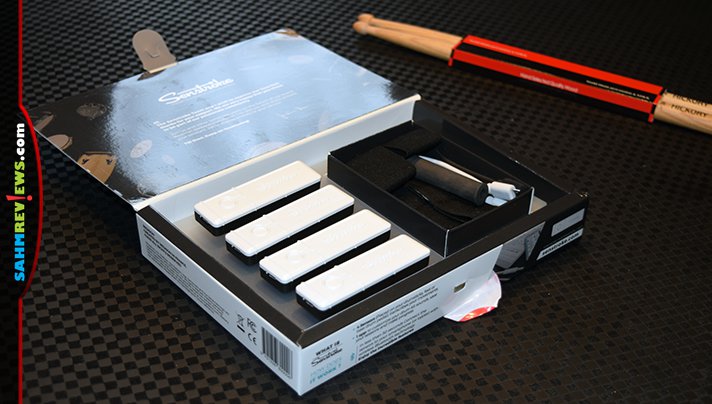 The Senstroke drum kit we received includes a pair of drumsticks, two sensors for your drumsticks (for the included pair or personal pair of sticks) and two foot sensors to get you started. The drum sensors are placed in the middle of each drumstick for the most amount of sensitivity. 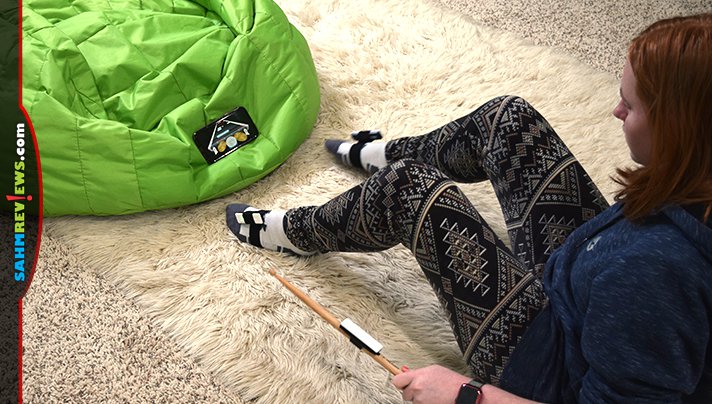 Foot sensors can be put directly on your feet with or without shoes. The elastic for the foot sensors are one size and not adjustable. I was able to use them as intended, but my sister has small feet so she just put the elastic around her heel to fix the size difference. You hook them up to your phone via Bluetooth through the Senstroke app, and pick what you want to start with. You can mess around with the drum set, or do some rhythms right off the bat.

When I was first told about this product, I was ecstatic because I thought I was going to be able to learn how to play percussion without needing to purchase a full drum set. Senstroke’s Drum Kit is basically a form of Guitar Hero and GarageBand, but for percussion equipment. On the Senstroke app, the Learn section of the app was related to Guitar Hero, where you follow certain patterns in a beat, while the Play section was more freelance like GarageBand. 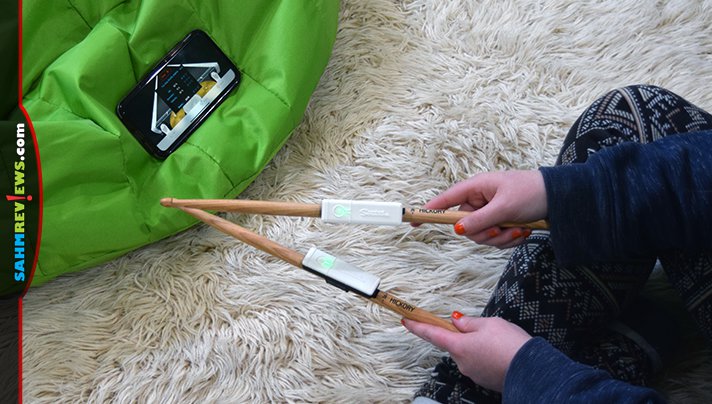 As someone who has absolutely no knowledge about percussion instruments other than hitting, banging or crashing them, I want to learn more in depth. While the Learn section of the app gives you the opportunity to hit the beat, there isn’t an introduction at all. I wish it included the very basics of percussion. For example, I want to know how to hold a drumstick properly and how to flick my wrist in order to create the hand shape needed to play. There aren’t any beginner videos to watch, but they continue to update the app to include new features. In the future, I would like to see some beginner tutorials for a person wanting to learn and not just play.

One other neat thing with the Senstroke Drum Kit is the ability to sync the drumstick sensors and foot sensors to a virtual drum set and record your own music. You can do this directly through the Senstroke app or a third party music software such as GarageBand. These digital recording studios are very similar to each other, in which you can record what you play, but our research indicates that GarageBand is definitely the better app when it comes to the effectiveness of the sensors. 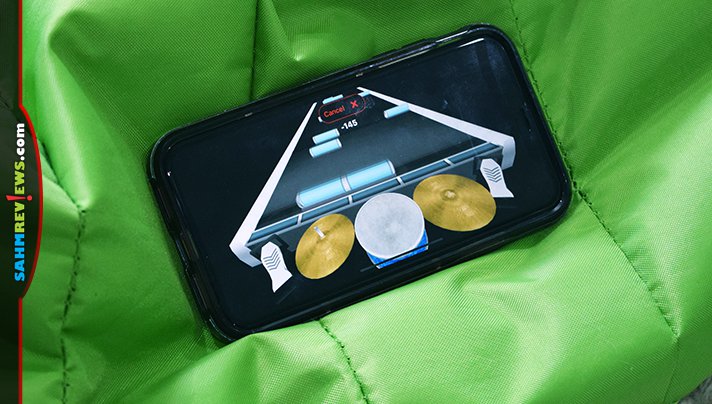 Which leads me to my only true complaint about the Senstroke drum kit: the sensors don’t work 100% of the time. There’s one sensor on each drumstick, and you put one sensor on each of your feet. The foot sensors are good for the most part when you stomp your feet, but the drumstick sensors are questionable. I have them positioned as the instructions said, but they aren’t perfect. I’ll move to hit another drum, when I don’t even get a hit at all. It’s a little wonky when registering. It’s possible that I’m just not holding them properly, but I don’t know. This is where I reiterate my request that the Learn section have something for beginners.

The target audience for this product is definitely for people who have at least a little bit of a grasp on how to play percussion. So, if you have a kid who’s a year into learning percussion in elementary, Senstroke is small and affordable without having to invest in a bulky drum set. It’s just an app on a device, a built-in drum set and sample songs. For any newbies like me, it isn’t quite the best until a basic understanding of how to play is grasped. But for someone who needs to practice on the go or wants to experiment with recording, this is a cool option.

Overall, the Senstroke Drum Kit is a great item. Although it still has some tweaks needed to be sorted out, but that can be fixed in an update on the phone or an adjustment to the sensors provided. Senstroke’s Drum Kit is a good replacement for percussionists who don’t want to buy a practice pad or other items required to practice. It’s all in one kit along with a free app on your phone. Visit Redison on Facebook and Twitter to see what else they’re drumming up. If you’re interested in trying out this gadget, you can order from Amazon or direct from the Senstroke website. Better yet, enter to win a kit by filling out the form below!