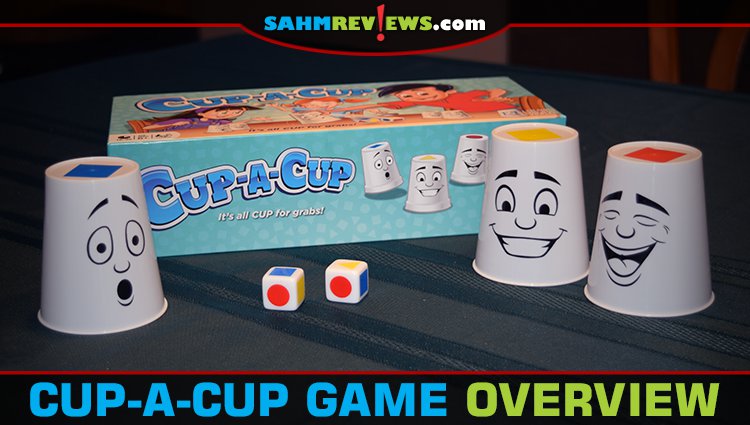 Growing up, one of my favorite things to do was play a game of Spoons with a large group sitting around our cable spool coffee table. It was such a simple game and we could play it with a deck of cards and spoons from the kitchen. Not only was the simplicity of it appealing, but it was such a rush to sneak a spoon from the center without anyone noticing. It’s a good thing that everyone was always too busy trying to get their own match to look at me during that because even back then I didn’t have much of a poker face.

As we gathered around to play Cup-A-Cup from R&R Games, these memories came flooding back. While the games are nothing alike, there’s a lot of similarity in the resulting adrenaline rush. Setup is as simple, too. Open the box and place all the cups on the table. Give the dice to one player and you’re ready to go. There isn’t a lot to Cup-A-Cup, but that’s part of what makes it fun. It’s quick to set up, super easy to teach and just as easy to put away after you’re done. 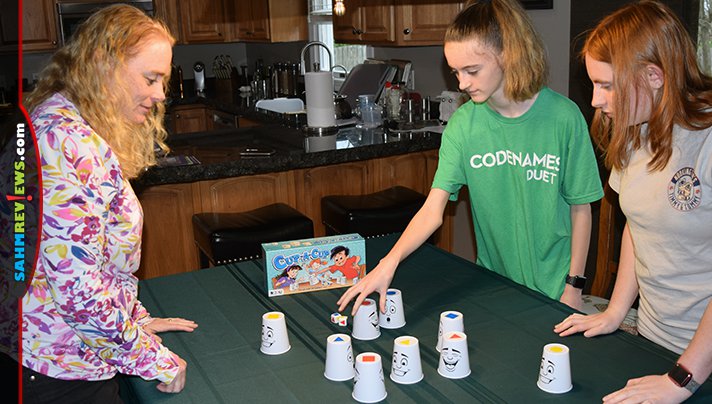 There are nine cups, each displaying a different color (red, blue, yellow) and shape (square, circle, triangle). Likewise, the identical dice include a mixture of two of each color and shape. 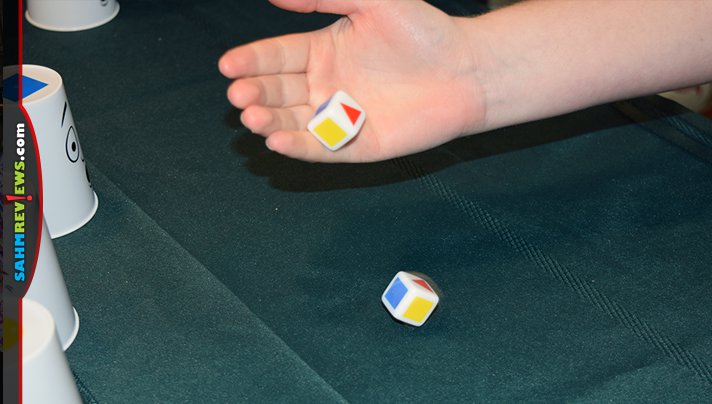 The active player rolls the dice and everyone simultaneously examines the results. Cup-A-Cup is a speed game that requires you to evaluate the dice and grab the cup that completes the trio. 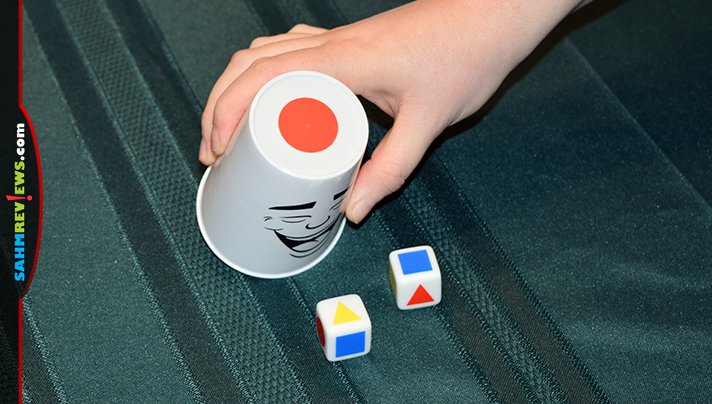 As an example, if two blue shapes show on the dice, you need to figure out which blue shape is missing and race to grab that cup. Same holds true for matching colors. But it goes a step further. If a red triangle and blue square are the results, you’ll grab the yellow circle. 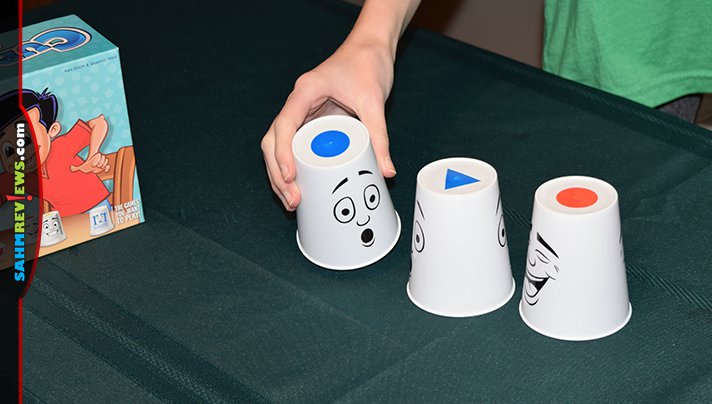 The player who grabs the cup places it in front of them within reach of all other players and is the new active player. When the dice are rolled again, the other players may steal the cup from the active player if it’s the right match. When one player has accumulated 3, 4 or 5 cups (depending on the number of players) the game is over.

Grab a copy of Cup-A-Cup to help burn some energy and generate some laughs when the family is looking for something to do. You can find it on Amazon, but also check for availability at local retailers. Due to many stores being closed for social distancing, R&R Games is supporting them by giving back. All you have to do is purchase direct from their website then email them the name of the local store you frequent. Learn about discount codes and details on these types of promotions by visiting them on Facebook and Twitter. While you’re online, take a few minutes and use the form below to enter to win a copy of the game!