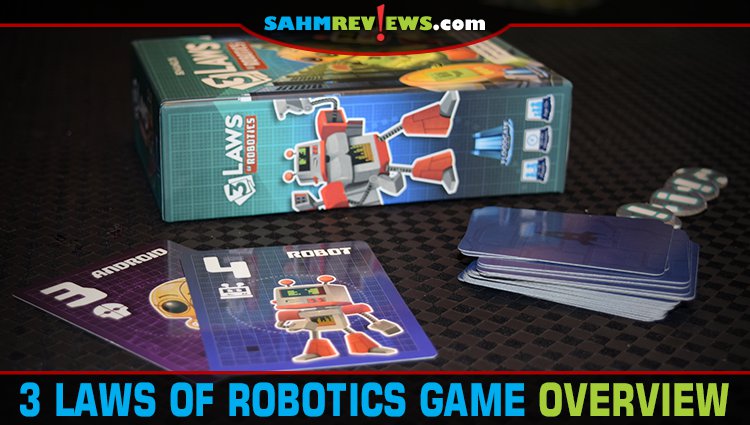 One of the first times I heard of the 3 Laws of Robotics was in the 1987 movie, Robocop. It wasn’t an exact translation of Isaac Asimov’s set of rules, but a very close rendition. In the film, the partially-human main character has been programmed with three “prime directives” that he must obey without question. Serve the public trust, Protect the innocent, Uphold the law and the fourth, “classified”. It was a modern take on Asimov’s rules introduced in a 1942 short story:

The idea of A.I. always following a strict set of guidelines assigned to them by (presumably) humans is the concept behind Floodgate Games‘ new hidden role card game, 3 Laws of Robotics. You and up to seven other robots boot up in a holding cell. Your memory is empty, but you know you need to break out. If you are able to determine who the faction leader is, you can give them your piece of the security key to gain your freedom!

To set up for a game of 3 Laws of Robotics, set up the deck of cards based upon player count. You will be using two or three different factions (robots, androids and A.I.), each comprised of different ranks. Shuffle the Faction cards and place them into a draw deck in the center of the play area. Also shuffle the Law cards and put them next to the Faction deck. The Victory Point cards are mixed and set aside for now. An Enforcement token supply is created, also determined by the number of players. A start player is chosen and you’re ready to begin!

Each game of 3 Laws of Robotics is played over four rounds. At the beginning of each round you’ll perform the setup described above, so in essence you’re playing four mini games. The only difference between rounds is that at the beginning you’ll draw a new Law card (with the exception of the first round where no laws are used). Each player is dealt a Faction card, which they may not look at. 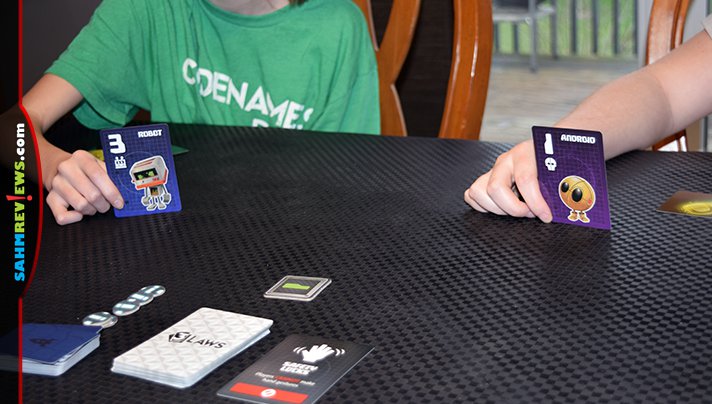 A round begins with all players holding up their dealt Faction card so that all other players may see it. Any laws immediately go into effect and may be enforced by all players. Beginning with the start player and continuing clockwise, the active person must question any other player about their own rank and/or faction. The questions may be specific – ” Is my rank either 1 or 2?” Or they can be more vague – “How many robots do you see?”. The key is the other player does not need to tell you the truth! Other players may not speak or give hints about the answer. 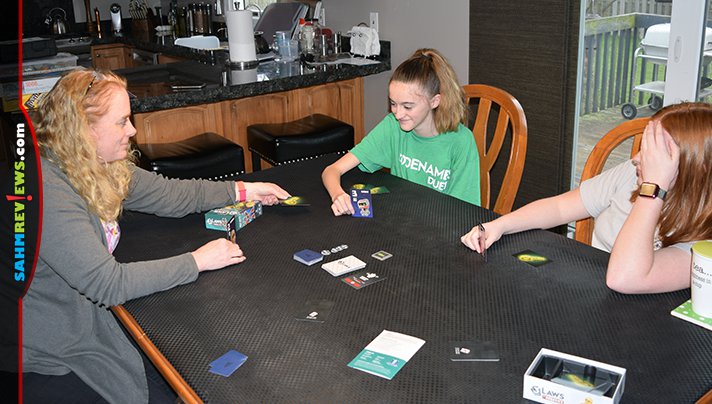 Once everyone has asked a question of another player, the starting person chooses whether or not to give their Security Key(s) to one other player or keep them for themselves. The chosen receiving player may elect not to take them. After everyone has made a decision about their keys, all players simultaneously reveal their Faction cards. Laws are no longer enforced at this point.

Players earn points based on their faction. If only the highest-ranking member of a faction has one or more Security Keys, each faction member earns one Victory Point card. These cards are random and contain 1-3 points. If a player is the only member of their faction and they have two or more keys in their possession, they’ll earn an additional Victory Point card. In a game with 5 or more players, the scoring faction with the most overall Security Keys also earns an additional card. If tied, no faction is rewarded. 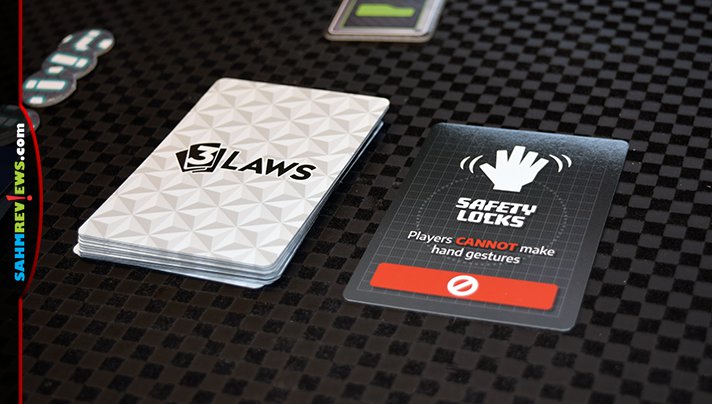 During a round, players may also earn Victory Point cards by enforcing errors. Enforcement Tokens are gained by catching another player breaking the rules of a Law card or by correctly accusing another player of being incorrect in their accusation of an error. These tokens are exchanged for Victory Point cards at the end of the round, with the player with the most tokens gaining an extra card.

Beginning with the second round, a Law card is drawn that introduces specific rules all players must adhere to for the rest of the game. These vary from not being able to say numbers, not using personal pronouns or even not being able to ask questions of the highest ranked person they see. After the fourth round is resolved, the player with the highest overall sum of victory points is the winner!

While is doesn’t strictly adhere to Asimov’s interpretation of the 3 Laws of Robotics, this version is much more enjoyable. While it may be tough to get a full compliment of eight players together during this pandemic, you’ll want to grab a copy on Amazon, direct from Floodgate Games or with your favorite local game retailer so you’re ready for all those big game nights that are certain to happen this summer! Follow Floodgate Games on Facebook or Twitter to find out what they’re working on next, including a beautiful 3-D board game based upon Holi, the ancient Hindu festival!

What law(s) do you think artificial intelligence should adhere to?