Admit it. There are some brands, characters, shows and themes that you see and immediately feel a rush of emotion or excitement. Through every phase of my life there have been iconic products that have left an indelible mark and helped define who I am as a person as I’ve grown. I’ve taken pleasure in being able to introduce some to my kids (we still have our original NES and Rubik’s Cubes that the kids play with) and others that they’ll appreciate as they get older. Some franchises such as Star Wars, Disney, Marvel, Doctor Who, Mario, Harry Potter, Atari and many others stand the test of time which makes them fantastic gift ideas for many ages.

While some of these brands can be found in our other gift guides, we decided to craft a Pop Culture Gift Guide filled with some of our favorites. Use this as a launching point to get some of your holiday shopping done as you recapture, share and enjoy some of your favorite pop culture memories.

We’ve previously featured some of these and if we did, you’ll see our

logo displayed alongside the company information. Click through for more details and personalized photos!, 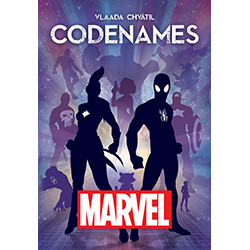 The Marvel Edition of Codenames combines the hit social word game with the Marvel Universe including Spider Man, Guardians of the Galaxy, The Avengers and Doctor Strange. Opposing teams, S.H.I.E.L.D. and Hydra, compete to be the first to identify all of their team’s ‘field agents’ from 25 Code cards displayed in a 5×5 grid. A must-have for Marvel fans of all ages. 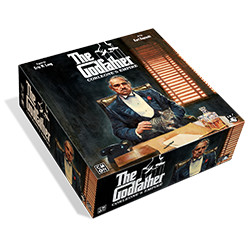 Designed by Eric M. Lang, The Godfather: Corleone’s Empire is a streamlined, confrontational, worker placement (“thugs on a map” game filled with murder and intrigue. Players will lead their chosen Family to the top, taking over for the Don when he “retires.”

For Better or for Worse Library 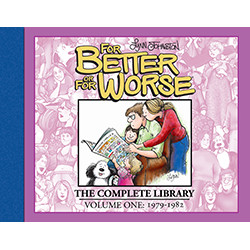 Say hello to Elly, John, and the Patterson family. For Better or For Worse is among the most beloved comic strips of all time, and, since it debuted in 1979, the world has watched the Pattersons grow up in real time.

This new series is the definitive edition, collecting each decade of the strip in three volumes. Volume 1 starts at the beginning in 1979 and reprints three years of daily and Sunday comics. 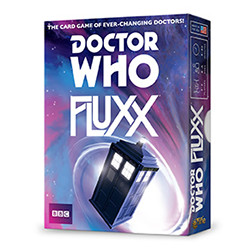 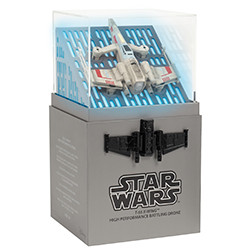 This year, Propel revolutionizes its Collector’s edition Star Wars Battle Battle Drones with its new Flight Training app. Players will learn how to fly a drone virtually in the Star Wars universe via Bluetooth. As beginner pilots use Propel’s Flight Training app, they will begin their journey in flight simulator mode: this experience uses 34 training missions to teach beginner pilots to fly like pros. An additional feature of the App is its Live Battle mode, where pilots are able to connect and battle with other Star Wars drone pilots in multiplayer battles, inspired by missions and battles from the Star Wars movies. 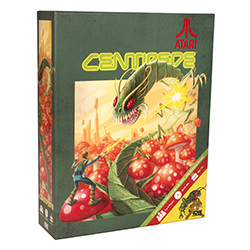 In Atari’s Centipede, 2 or 4 players venture into the world of the classic Atari arcade game. On one side, a Player controls the Gnome, exploring the forest and trying to defeat the Centipede. On the other side, the Centipede player, eager to destroy the Gnome, must wiggle their way to the other end of the board.

The Gnome Player rolls and spends their dice to perform actions, while the Centipede Player uses a deck of cards to spawn Fleas, Spiders and Mushrooms, trying to control the game board. The first Player to eliminate their opponent wins the game! 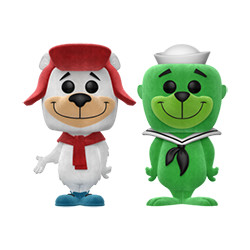 Hanna-Barbera fans can now pick up flocked versions of Breezly & Sneezly! Breezly Bruin is a resourceful polar bear! Sneezly is a seal who always has the sneezes! Hanna-Barbera’s Breezly & Sneezly aired between 1964-1967, along with The Peter Potamus Show or The Magilla Gorilla Show.

The Flocked Breezly & Sneezly Pop!s are Funko Shop exclusives and are limited editions of 2,000 pieces!  BUY DIRECT! SAVE 10% on entire order with Code “SHOP10” 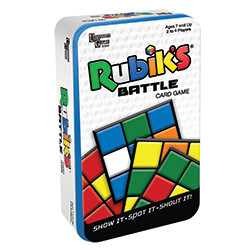 The Cheshire Cat Crystal Puzzle from BePuzzled offers a whimsical interpretation of Disney’s most-loved feline from Alice in Wonderland. This sleek, translucent, crystalline puzzle has 36 unique interlocking pieces. When completed (be ready for a challenge), this pink Cheshire Cat is curled up with his tail outstretched, grinning with mischief. This 3D puzzle has a difficulty level of 1 of 3. Fully assembled Cheshire Cat figure is approximately 3-1/4 inches tall. For ages 12 and up. 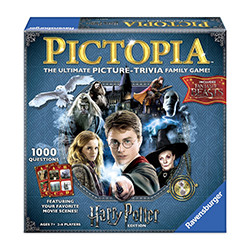 Showcase your knowledge of J.K Rowling’s Wizarding World when you encounter 1,000 picture trivia questions featuring the beloved characters, extraordinary places, magical creatures, and enchanted objects from the epic Harry Potter movies. It’s a game of teamwork – with a competitive twist! Sometimes you’ll work together and other times answer alone, but you’ll wager your points every time! How much you wager will depend on how well you know the pictures on the card, before you hear the question! Along the way are guess-my-answer questions that reveal how much you know about the other players! 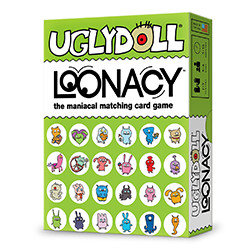 Uglydolls like to have fun. When Babo, OX, Wage, and all the rest aren’t busy working, they love playing the fast-paced matching game: Loonacy. In this rapid fire game, players race to be the first to empty their hand by matching one of two images with the images on the open piles in front of them.  It’s easy enough to teach in a single sentence, and so addictive you can’t play just one game!

Artist Rachel Curtis returns to bring you the sequel you’ve always wished for! Enjoy the most memorable lines and moments from this celebrated classic. Color your way through Inigo’s quest for vengeance, Buttercup’s painful choices, Humperdinck’s tomfoolery, and Wesley’s determined quest in this beautifully bound adventurous celebration of The Princess Bride. Whether you are wallowing in the Pit of Despair or riding white stallions to freedom, this coloring book is just as you wished. 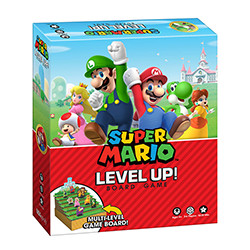 Join Mario™ and his pals as you advance them up to the castle while challenging other players to gather the most coins and reach the top. Custom game pieces include a 3D game board, 13 Character Movers, Power Up cards and ? Block Chips.

If these look like something you’ll want, you can always send this list along to the people who are asking YOU for gift ideas! You can also watch for some of these to show up in our 150+ Days of Giveaways where you can enter to win it for yourself! 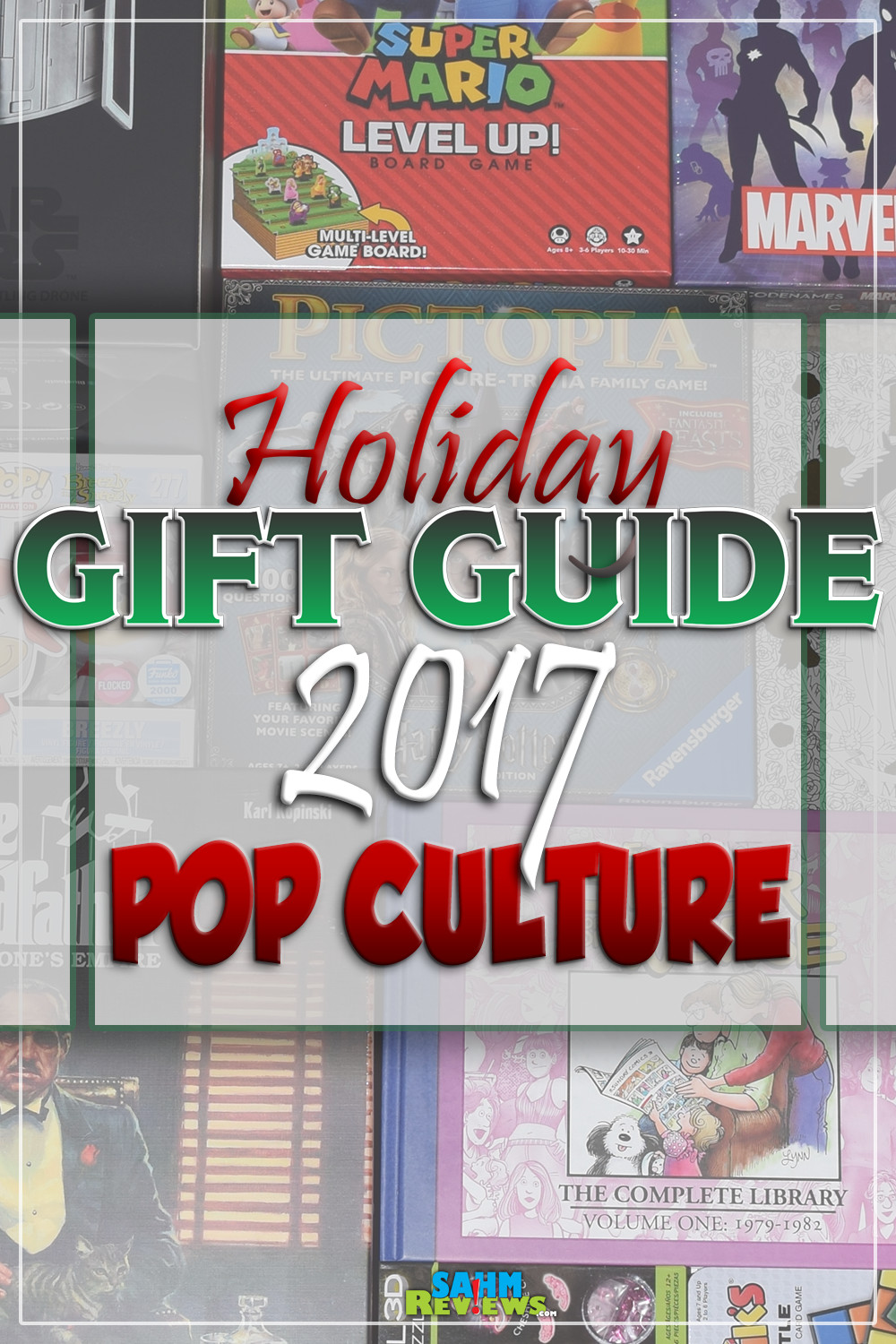