As a kid, I don’t recall meeting anyone famous. My first memorable encounter with a celebrity was Joe DiMaggio back in our days of trading sports cards and memorabilia. I was in awe of that era of players, reminiscing back to my childhood and my first years of playing on a hardball team. When my turn finally arrived for the autograph from this legend, I smiled and made some kind of friendly comment as I do with anyone I meet. I was shocked and dismayed by his curt response and how impersonal he was. That is putting it kindly, too.

It is my nature to give all people the benefit of the doubt and assume the best until they prove me wrong. I’ve greeted celebrities with my same Midwestern friendliness as I did with DiMaggio and seldom have I been let down. As examples, Kyle MacLachlan was charming and down-to-earth, Jordan Fisher and Chrissy Fit were kind and sweet while Dan Povenmire and Jeff “Swampy” Marsh were humble about their talents. Time after time, I’ve encountered people who are filled with talent but not with themselves.

This past Thursday I had the opportunity to visit New York with a handful of other Netflix Stream Team members to screen the first couple season 2 episodes of the Netflix original, Unbreakable Kimmy Schmidt. Immediately following the viewing, we were treated to a Q&A session with the lovely Carol Kane and the amazing Tituss Burgess. 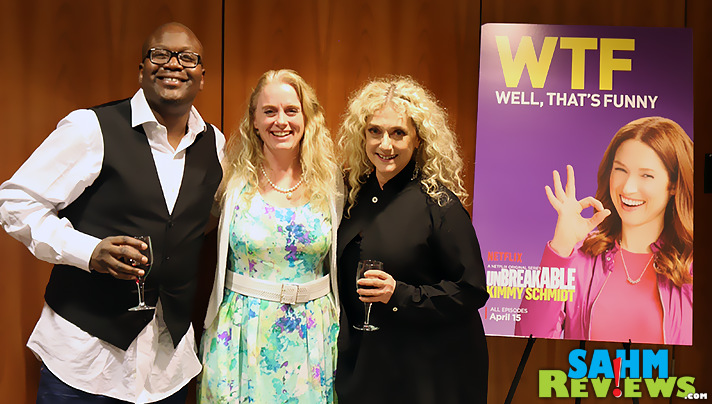 As I said, I let my positive attitude set the stage for my initial impression but nothing could have prepared me for their demeanor during the question and answer session. Not only were they professionally courteous to each other in allowing the other to continue on with as lengthy answer as they wanted, but they were complimentary toward each other and both extremely humble. Despite the young age of the show itself, these are critically acclaimed, award-winning actors! See for yourself:

One of the first questions was directed at Tituss Burgess regarding the popular episode which included “Peeno Noir.” Curious about the genesis of the song, Tituss replied that he was as baffled as everyone else. As they got closer and closer to time to film, he had more questions. 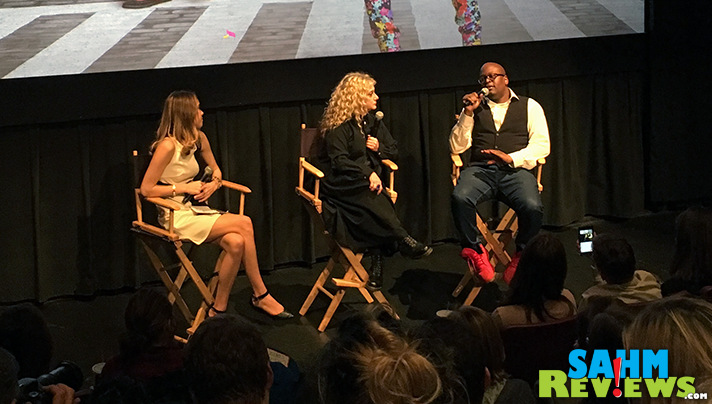 He said “I kept asking for like the melody… and the tempo… and they’re like ‘Ah no. It’s fine, it’s fine. You’re going to be fine. We’re just going to, you know, just gonna roll with it.'” When it came time to film, he came up with the melody, they kept throwing out words that rhymed with “are” and the result is what we have today. 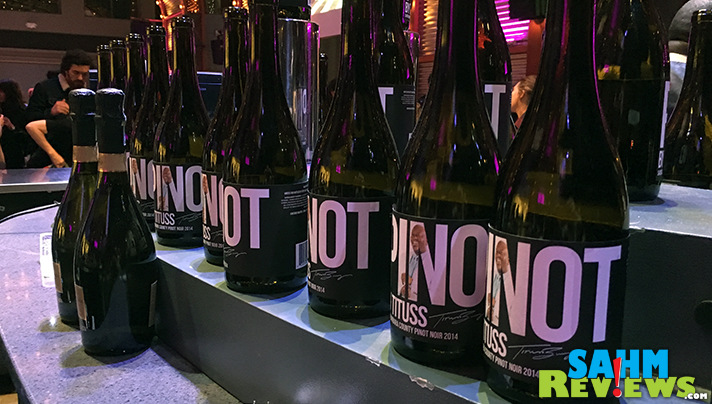 The song was such a hit and outcries from social media inspired Tituss to come out with an actual, real wine called “Pinot By Tituss“. We had a chance to sample it at the after party and even though I’m not a red wine connoisseur  (I prefer sweet wines), I found it to be really good! 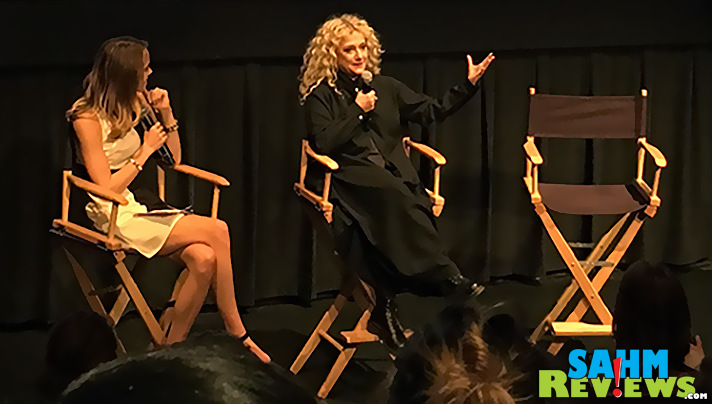 The moderator inquired about the backstory of Carol Kane’s character, Lillian Kaushtupper. Carol was humorous in her answer, sharing some of what she knew. She indicated that the backstory is still a mystery, even to the actors. She said “I have a backstory that I don’t know anything about. Right? I mean, we don’t know. We just read these things at the table read and half the time, I think I speak for both of us, and Ellie, half the time we have no idea what we’re talking about.”

Both actors gave credit to their very talented writers for the humor, the content and the success. Even when presented with questions regarding how talented they are, they redirected the attention to the other. Over and over again, these two astounded us with their wit and charm. Watch the video then tune in on April 15th when Season 2 of Unbreakable Kimmy Schmidt is available to stream on Netflix!

Have you watched all of season 1 yet? Which character is your favorite?