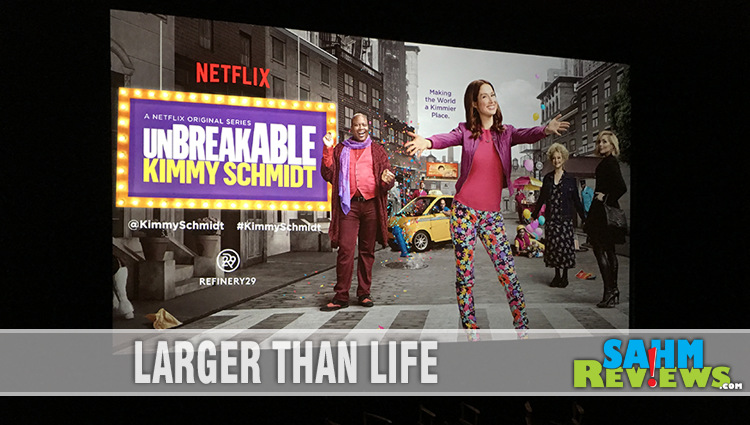 You know all those times that kids say the cutest thing or sing what they think are the lyrics but everyone knows they are wrong. It’s adorable when something is said with good intentions but not even close to what it really is supposed to be. Don’t you agree?

We usually see this from young children, sometimes grown adults who unintentionally mix up a phrase. Netflix Original, Unbreakable Kimmy Schmidt is filled with naive comments and misunderstandings. If you haven’t watched any episodes, read what I wrote about Season 1 of Unbreakable Kimmy Schmidt then swing by Netflix and watch a few episodes. You’ll be hooked, I’m sure!

Back to silly things people say… Kids today don’t understand the origin of a lot of phrases – like “dial a phone”, “tape a show” “rewind the episode” and even “cc” on email. We really don’t think too much about it. But for Kimmy, it’s a similar issue. There are all kinds of phrases and acronyms floating around the world that the rest of us are totally aware of yet Kimmy Schmidt is adorably clueless of. Let me give you a few examples. 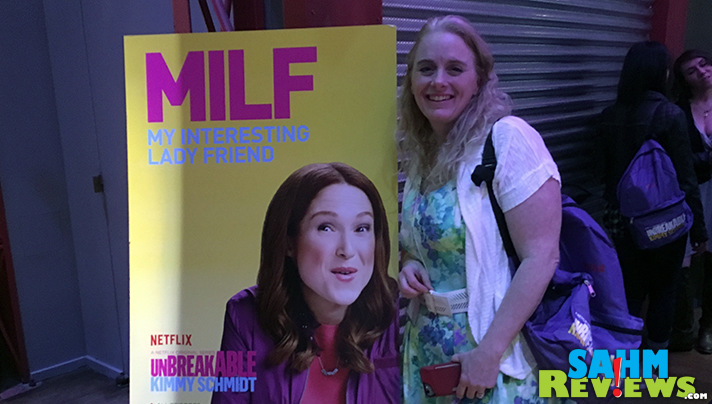 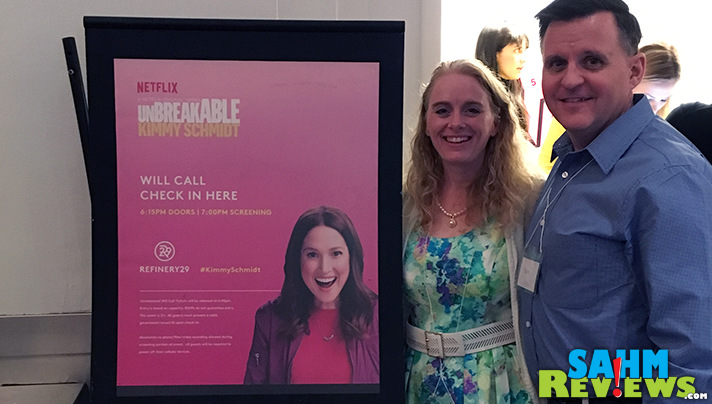 A few weeks ago, Scott and I traveled to New York City to attend an advanced screening of Season 2 of the show. Prior to the event, we had the opportunity to hang out with other Stream Team members at a local restaurant. 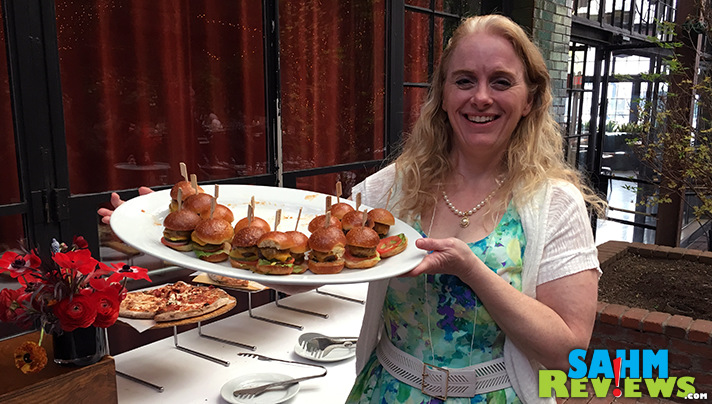 They served up all kinds of food, including sliders – an homage to something we would be viewing at the Season 2 screening! Unfortunately, it was only 2 episodes. Talk about a teaser! It was unbearable waiting until 4/15 when the new season was available to stream! 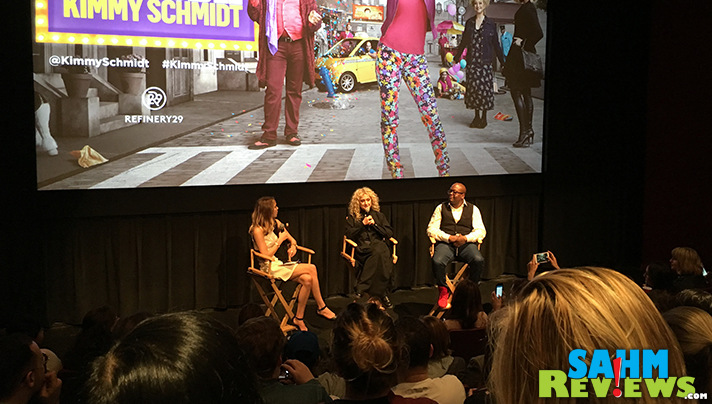 Immediately following the screening, we were able to participate in interviews with Carol Kane and Tituss Burgess followed by an after party featuring Pinot by Tituss, Dylan’s Candy Bar and Rainbow Bagels. Season 1 was awesome. Season 2 looks like it will be even better. If that’s even possible, of course. We’re slow-binging our way through the new season. Visit the Unbreakable Kimmy Schmidt Facebook, Twitter and Instagram accounts for teasers, inside jokes and lots of fun conversations then get your streaming friends ready and watch the latest season!

While we were in New York, Netflix gave us some Kimmy-rific gifts including T-Shirts, backpacks and candy. They also provided us with a prize package of cool Kimmy Schmidt gear to give away to one lucky SahmReviews.com reader! The pack will include (1) Backpack, (2) Bunny and Kitty T-shirts, (1) Blanket, (2) Wine Glasses, (2) Candy soda cans, (2) pairs of Netflix socks and the clincher… (2) 6-month Netflix gift cards! How fun! Entry is easy and you can come back daily for additional chances to win!