Patience has finally paid off. Our love of Marvel, Disney and Pixar is getting the much-anticipated infusion we’ve been awaiting for two years. I’m not talking about a new movie release. No, it wasn’t some corporate buyout. I’m talking about programming needs. As much as I love Netflix, there is always room for improvement. 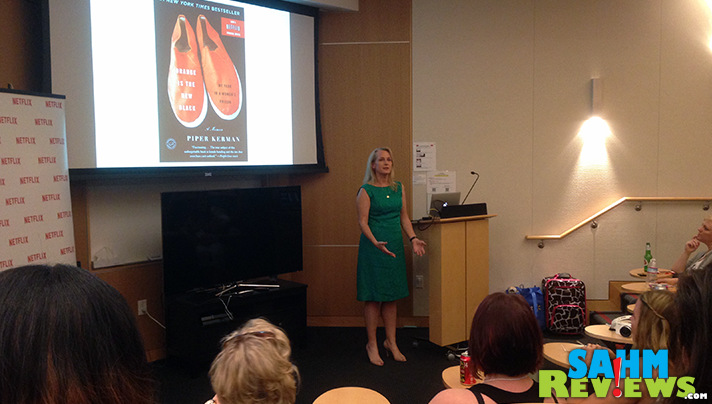 In July 2014, I visited Netflix headquarters in San Jose along with a number of other members of the Stream Team. We had the opportunity to tour the facility and listen to Piper Kerman share her story which lead to the book and creation of Orange is the New Black. In addition, we heard presentations regarding programming changes and were able to chat with some executives. During the Q&A session, I specifically recall asking why there weren’t any Marvel movies or shows on Netflix. For that matter, new Disney releases weren’t available either. Their response was simple. They were working on something big.

They weren’t kidding! Big is an understatement!

If only I knew then what I know now. Not only has Netflix rolled out with Marvel original programming in the form of Daredevil and Jessica Jones, but there are several on the horizon: Luke Cage, The Defenders and Iron Fist.

That’s just part of the story though. In a September 2015 press release, Netflix announced “Starting next year, we will be the exclusive US pay TV home of the latest theatrical movies from the The Walt Disney Company, including Pixar, Lucasfilm and Marvel movies.” I had a flashback to the conversation at their corporate headquarters and recall them indicating that their hands were tied until existing Disney, Pixar and Marvel contacts had expired. With that red tape finally out of the way, they have been able to enter into agreements to bring these high-interest movies to our PCs, TVs and mobile devices (or anywhere else you might be streaming!)

I didn’t hear a whole lot of press about it at the time and until a firm date was announced, I wasn’t holding my breath. Well, Netflix recently gave us a firm date: September.

So what does this mean for you and your movie-streaming habits?

It’s simple. Starting September 2016, if you want to stream movies like Captain America: Civil War, Alice Through the Looking Glass, Jungle Book, Finding Dory, Star Wars: Rogue One or any of the other new films rolling out from Disney, Pixar and Marvel, then Netflix is where you’ll need to be. Yes, there are other streaming options, but they won’t have these big three. In other words, you’ll want to renew your Netflix subscription because that’s where you’ll have to go to stream those great titles.

As Netflix attains more contracts on blockbuster movies and continues to expand the growing list of originals such as those from Marvel, Orange is the New Black and Unbreakable Kimmy Schmidt, we will find more and more value to having Netflix as an option. They’ve come a long way in the past two years. I can only imagine where they’ll be in two more.

And with the introduction of the controls built into the Netflix app, we don’t have to worry about the kids (or us) burning through all their cellular data while we’re streaming. I have a feeling we’re going to need that.

What Disney, Pixar or Marvel movie are you most excited about seeing show up on Netflix?

8 thoughts on “Only on Netflix : Disney, Marvel, Pixar”