A year ago at this time, I shared a list of upcoming movies from Disney, scheduled to be released throughout 2015. When I wrote it, I marveled at what appeared to be a pretty exciting list, mentally adding most of them to our to-do list for release weekend. As I said then, we’re movie fanatics and see as many movies in the theater as we can. In addition to board games, it’s one of the ways we spend quality time as a family.

Some movies such as Avengers and Ant-Man were expected blockbusters, while Star Wars continues to break box-office records! Pixar animated movies are always really good, but Inside Out was especially emotionally moving. In January when I first shared about the upcoming movie list, I would never have guessed that I would be interviewing cast, walking the red carpet, attending a pre-movie party and the official red carpet screening among the cast and crew that made the movie happen. It was an honor to attend the Inside Out movie premiere and a lot of fun to share a great deal of exclusive entertainment content in the weeks and months that followed.

I don’t know if there will be another opportunity in 2016 to attend the events for exclusive content, but I’m certainly planning on sharing movie news with you! With that said, here’s the scheduled calendar of Disney movies for 2016! Mark your calendars; there’s something for everyone!

A heroic action-thriller, “The Finest Hours” is the remarkable true story of the greatest small boat rescue in Coast Guard history. Presented in Digital 3D™ and IMAX® 3D, the film will transport audiences to the heart of the action, creating a fully-immersive cinematic experience on an epic scale.

The modern mammal metropolis of Zootopia is a city like no other. Comprised of habitat neighborhoods like ritzy Sahara Square and frigid Tundratown, it’s a melting pot where animals from every environment live together—a place where no matter what you are, from the biggest elephant to the smallest shrew, you can be anything. But when rookie Officer Judy Hopps (voice of Ginnifer Goodwin) arrives, she discovers that being the first bunny on a police force of big, tough animals isn’t so easy. Determined to prove herself, she jumps at the opportunity to crack a case, even if it means partnering with a fast-talking, scam-artist fox, Nick Wilde (voice of Jason Bateman), to solve the mystery. Walt Disney Animation Studios’ “Zootopia,” a comedy-adventure directed by Byron Howard “Tangled,” “Bolt”) and Rich Moore (“Wreck-It Ralph,” “The Simpsons”) and co-directed by Jared Bush (“Penn Zero: Part-Time Hero”).

Directed by Jon Favreau (“Iron Man”), based on Rudyard Kipling’s timeless stories and inspired by Disney’s classic animated film, “The Jungle Book” is an all-new live-action epic adventure about Mowgli (newcomer Neel Sethi), an August 20, 2015 man-cub who’s been raised by a family of wolves. But Mowgli finds he is no longer welcome in the jungle when fearsome tiger Shere Khan (voice of Idris Elba), who bears the scars of Man, promises to eliminate what he sees as a threat. Urged to abandon the only home he’s ever known, Mowgli embarks on a captivating journey of selfdiscovery, guided by panther-turned-stern mentor Bagheera (voice of Ben Kingsley), and the free-spirited bear Baloo (voice of Bill Murray). Along the way, Mowgli encounters jungle creatures who don’t exactly have his best interests at heart, including Kaa (voice of Scarlett Johansson), a python whose seductive voice and gaze hypnotizes the man-cub, and the smooth-talking King Louie (voice of Christopher Walken), who tries to coerce Mowgli into giving up the secret to the elusive and deadly red flower: fire. The all-star cast also includes Lupita Nyong’o as the voice of the fiercely protective mother wolf Raksha, and Giancarlo Esposito as the voice of wolf pack’s alpha male Akela. “The Jungle Book” seamlessly blends live-action with photorealistic CGI animals and environments, using up-to-the-minute technology and storytelling techniques to immerse audiences in an enchanting and lush world.

Marvel’s “Captain America: Civil War” finds Steve Rogers leading the newly formed team of Avengers in their continued efforts to safeguard humanity. But after another incident involving the Avengers results in collateral damage, political pressure mounts to install a system of accountability, headed by a governing body to oversee and direct the team. The new status quo fractures the Avengers, resulting in two camps—one led by Steve Rogers and his desire for the Avengers to remain free to defend humanity without government interference, and the other following Tony Stark’s surprising decision to support government oversight and accountability.

In Disney’s “Alice Through the Looking Glass,” an all-new spectacular adventure featuring the unforgettable characters from Lewis Carroll’s beloved stories, Alice returns to the whimsical world of Underland and travels back in time to save the Mad Hatter.

Disney•Pixar’s “Finding Dory” reunites everyone’s favorite forgetful blue tang, Dory, with her friends Nemo and Marlin on a search for answers about her past. What can she remember? Who are her parents? And where did she learn to speak Whale?

The BFG (Mark Rylance), while a giant himself, is a Big Friendly Giant and nothing like the other inhabitants of Giant Country. Standing 24-feet tall with enormous ears and a keen sense of smell, he is endearingly dim-witted and keeps to himself for the most part. Giants like Bloodbottler (Bill Hader) and Fleshlumpeater (Jemaine Clement) on the other hand, are twice as big and at least twice as scary and have been known to eat humans, while the BFG prefers Snozzcumber and Frobscottle. Upon her arrival in Giant Country, Sophie, a precocious 10-year-old girl from London, is initially frightened of the mysterious giant who has brought her to his cave, but soon comes to realize that the BFG is actually quite gentle and charming, and, having never met a giant before, has many questions. The BFG brings Sophie to Dream Country where he collects dreams and sends them to children, teaching her all about the magic and mystery of dreams. 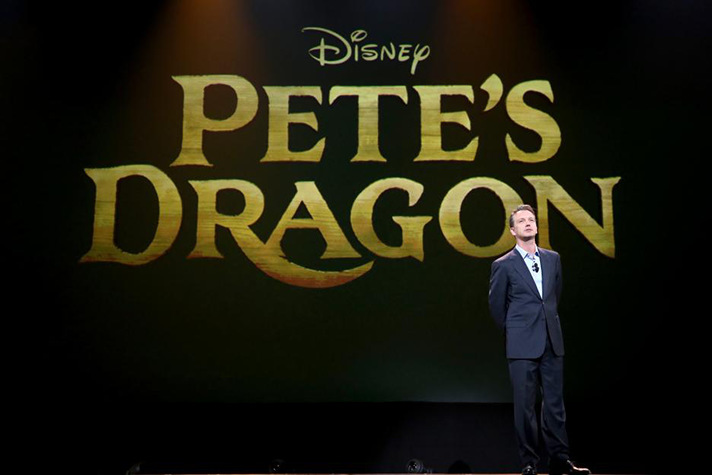 A re-imagining of Disney’s cherished family film, “Pete’s Dragon” is the adventure of an orphaned boy named Pete and his best friend Elliott, who just so happens to be a dragon. 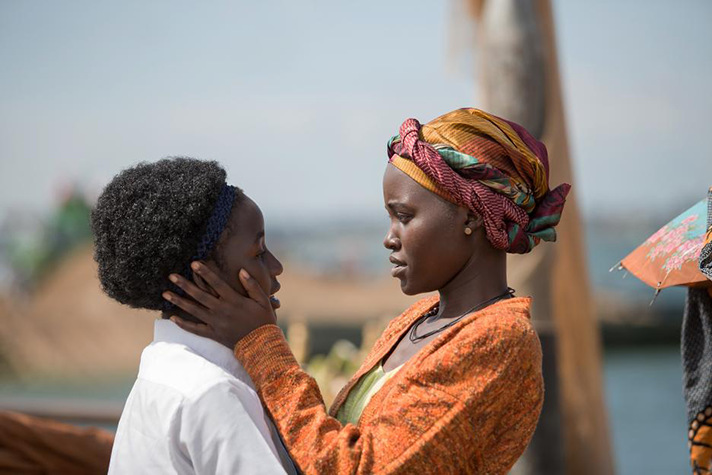 “Queen of Katwe” is the colorful true story of a young girl selling corn on the streets of rural Uganda whose world rapidly changes when she is introduced to the game of chess, and, as a result of the support she receives from her family and community, is instilled with the confidence and determination she needs to pursue her dream of becoming an international chess champion. 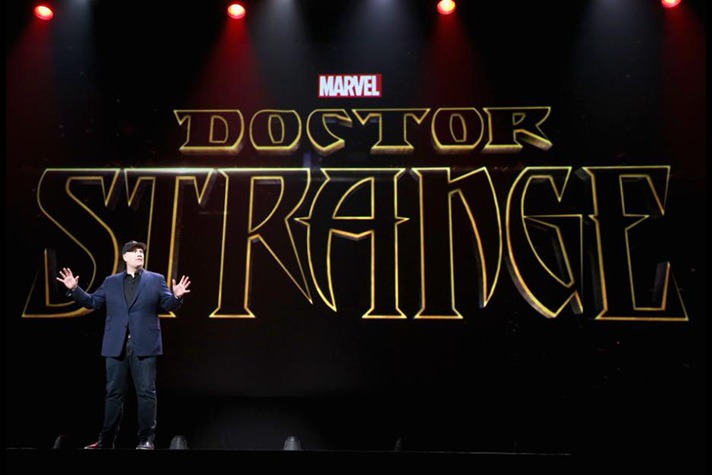 “Doctor Strange” follows the story of neurosurgeon Doctor Stephen Strange who, after a horrific car accident, discovers the hidden world of magic and alternate dimensions.

Three thousand years ago, the greatest sailors in the world voyaged across the vast Pacific, discovering the many islands of Oceania. But then, for a millennium, their voyages stopped – and no one today knows why. From Walt Disney Animation Studios comes “Moana,” a sweeping, CG-animated adventure about a spirited teenager who sails out on a daring mission to prove herself a master wayfinder and fulfill her ancestors’ unfinished quest. During her journey, Moana (voice of Auli’i Cravalho) meets the once-mighty demi-god Maui (voice of Dwayne Johnson), and together, they traverse the open ocean on an action-packed voyage, encountering enormous fiery creatures and impossible odds. 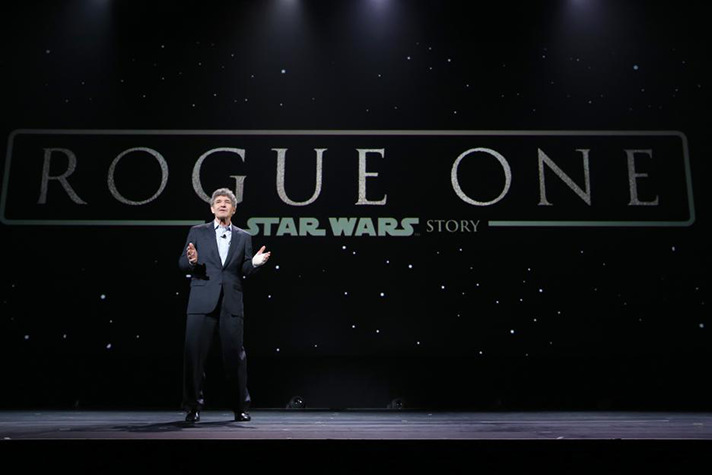 Rogue One, which takes place before the events of Star Wars: A New Hope, tells the story of resistance fighters who have united to steal plans to the dreaded Death Star. 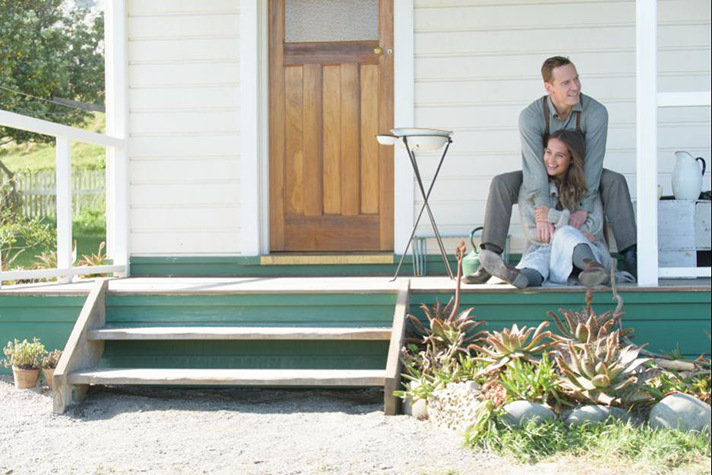 The Light Between Oceans (DreamWorks Pictures)

The Light Between Oceans is a heart-breaking drama about fate, love, moral dilemmas and the lengths to which one couple will go to see their dreams realized.

Are you as excited for this new lineup as I am? Finding Dory, more Marvel and yet another Star Wars?! Did you ask for Fandango or movie theater passes for Christmas? If not, you can add that to your birthday/Valentine’s Day/anniversary/graduation/insert made-up holiday/belated Christmas gift list because you’ll want to see these in theaters!

Which movie are you MOST excited to see in theaters?