Are you familiar with the retro Reese’s Peanut Butter Cup commercials that coined the famous “You got your chocolate in my peanut butter!” and “You got peanut butter on my chocolate!” phrases? The merging of two of our favorite things is such a great thing, isn’t it? It’s what legends are made of.

Like Disney and Marvel. The results are amazing movies like the upcoming Marvel’s Captain America: Civil War.

There are a multitude of these types of intricate cross-branding situations that you probably haven’t even really given much thought to. Hershey’s wasn’t always a component in Betty Crocker products. Have you ever had a craving for a Coca-Cola Icee? What I like best is when a company utilizes a cross-branding opportunity to go outside their normal target market. 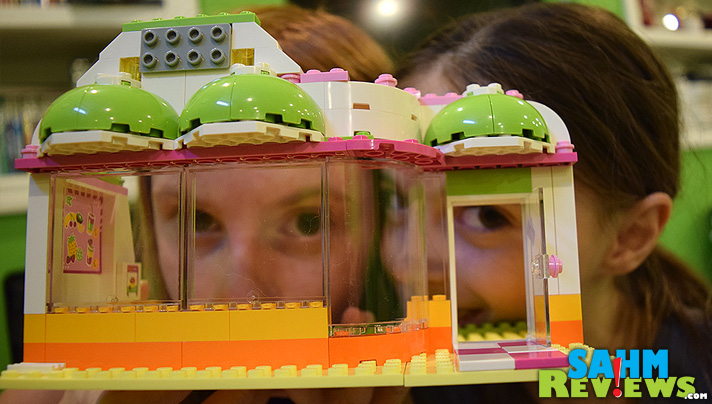 We love watching movies as a family and the LEGO movie was no exception. While designed as a children’s movie, it was filled with references that only adults would catch. The best part about the LEGO brand is that it grows with us with the intention of family inclusion. Most people are familiar with the customary brick sets, but some fancier ones like The Simpson’s LEGO series are geared at adults while LEGO Friends are targeted at young girls. We’ve also showed you how LEGO branched into video games to capture a wider range of fans. But this collaboration to bring LEGO from the big screen to the small screen is fantastic. LEGO on Netflix is clean entertainment that parents can feel confident allowing their children to watch. The stories are an extension of the brick sets. You never know, these shows might even inspire kids to pursue engineering and robotics! Here are some examples of two new LEGO shows that have earned the title of Netflix Original: 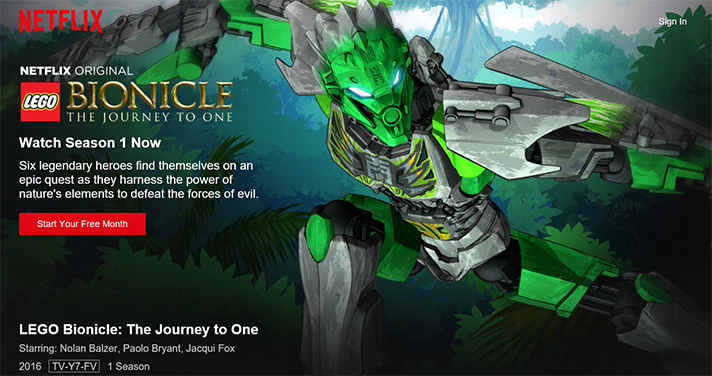 LEGO Bionicle: The Journey to One

Based on the hit series of Bionicle toys, six legendary heroes find themselves on an epic quest as they harness the power of nature’s elements to defeat the forces of evil.

LEGO Friends: The Power of Friendships

The show, based on the toys empowering young girls, features five best friends as they face adventures side by side in their hometown. Zany antics, love and missteps are better with friends!

But wait! There’s more! While LEGO Friends and Bionicle are finding their home on Netflix, there are other series that have been there already. Among the existing LEGO shows on Netflix are LEGO Marvel Super Heroes: Maximum Overload, LEGO DC Comics: Batman Be-Leaguered, LEGO: Ninjago, LEGO: Legends of Chima,  LEGO: Elves and LEGO: City… and more!

LEGO will continue to be a household name allowing fans to stimulate their imagination by tinkering with the sets or providing an environment for some down time to watch one of the many shows on Netflix.

What are your thoughts on the various digital directions that LEGO is moving? Will you watch LEGO on Netflix?

10 thoughts on “LEGO on Netflix: More Than Just Bricks”