If you’ve ever had a daughter, you have undoubtedly watched as she aspired to be a TV/movie/music star. I don’t know if it is genetic or just a part of society, but both of our girls have had aspirations of becoming famous. One wants to sing while the other loves drama club and acting. Of course, both perform in the local youth symphony orchestra and have no desires to give up their musical careers.

When we lived in Los Angeles and Madison was around the age of one, we were regularly approached by fly-by-night companies wanting to sign her to agency contracts. What this really meant was they wanted us to pay for acting classes and expensive photo shoots to get her face in front of “the right people”. Fortunately we didn’t fall for this age-old scam (well, maybe we did a little…). But we knew that making it big, whether in Hollywood or New York, was more about true talent and hard work, and not just a pretty face and some back-room classes. 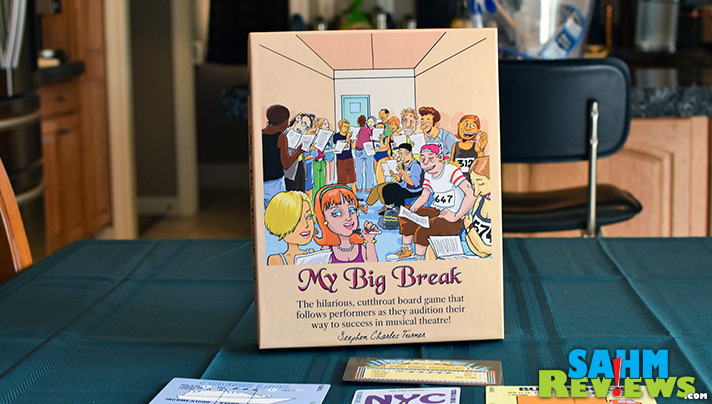 This past holiday season we curated a gift guide all about hobby games. Most of them were regularly available at retail, but one entry stood out as different since it would be manufactured via a print-on-demand service. My Big Break was originally offered through a successful Kickstarter campaign in early 2015 and was now being offered to the general public through The Game Crafter for immediate delivery. 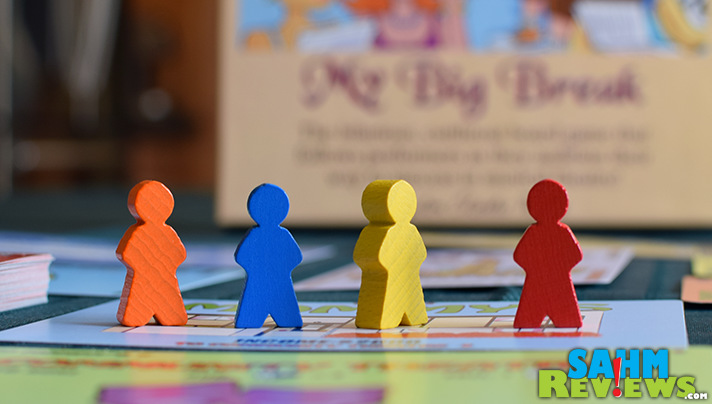 You and up to four other players take on the role of aspiring performers fresh out of college. Still living at home with mom, you will try to add to your acting résumé by performing in the local community theatre and then hopefully moving to New York City to land more lucrative roles and eventually being discovered! 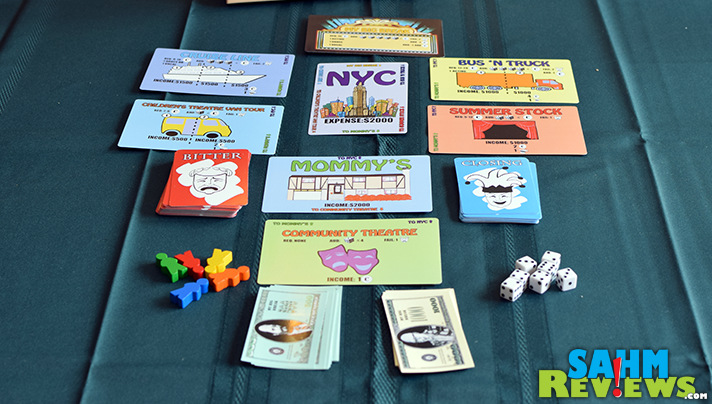 Each person begins the game on the “Mommy” card in the center of the play area. On every turn you receive income (or pay rent if in New York) and then try to either audition for a new part or progress to a different leg of their current gig (Summer Stock, Cruise LIne, etc.). Each gig has a minimum requirement of credits (acting credits) in order to audition, as well as a maximum. If you are able to roll an amount lower than the number of credits you possess, you successfully pass and move your pawn to the gig. 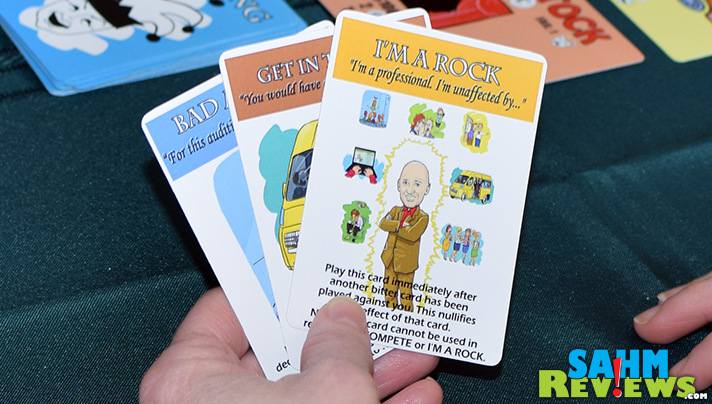 Fail to pass and you’ll draw ‘Bitter Cards’ equal to the amount shown on the Gig Card. These can be used later for a variety of actions, including making an opponent’s audition much harder. For the final part of your turn, you can choose to play a Bitter Card or “Take a Class”, which allows you to spend earned money to gain credits, purchase new materials or obtain additional Bitter Cards. 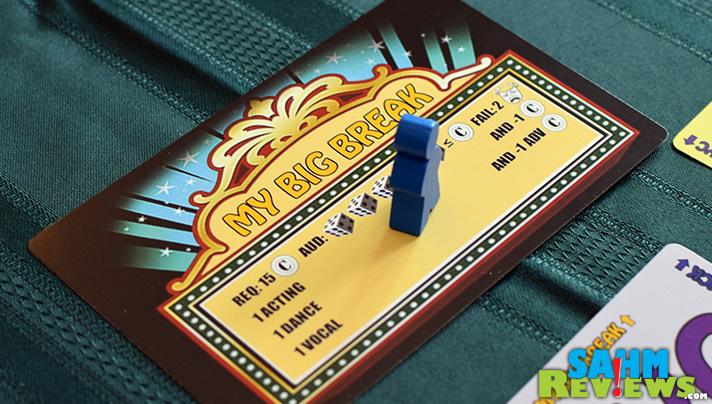 Special Credits represent advanced techniques (acting, vocal, dance) and are necessary to apply for certain gigs. In order to win My Big Break, you must possess all three of these Special Credits in addition to having twelve additional generic credits. This allows you to audition for your Big Break! Again, you must roll a number lower than the number of credits required (in this case – 15) and are using five dice! Pass and you win! Fail…and you collect two bitter cards but also lose a generic credit and one Special Credit of your choice. Back to classes to get your skills back up! 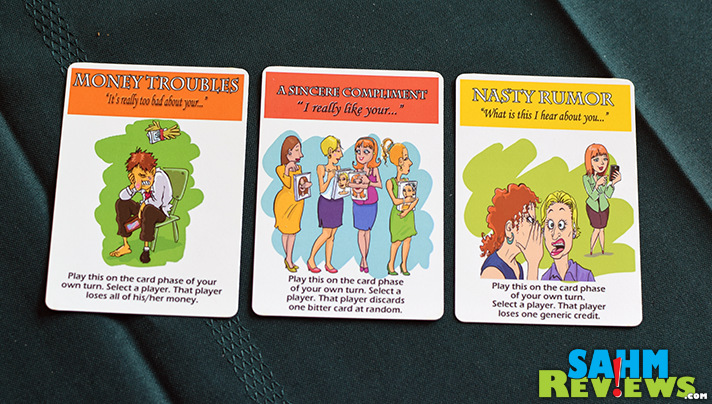 And I’d like to point out a special feature of the bitter cards that enhances both game and imaginative play – the flavor text at the top asks you to complete a sentence relating to the card. You might finish the middle card by saying “I really like your outfit!” or the first one as “It’s really too bad about your incarceration!” While not a required component of the game, this type of creative expression is what helps My Big Break stay in theme. 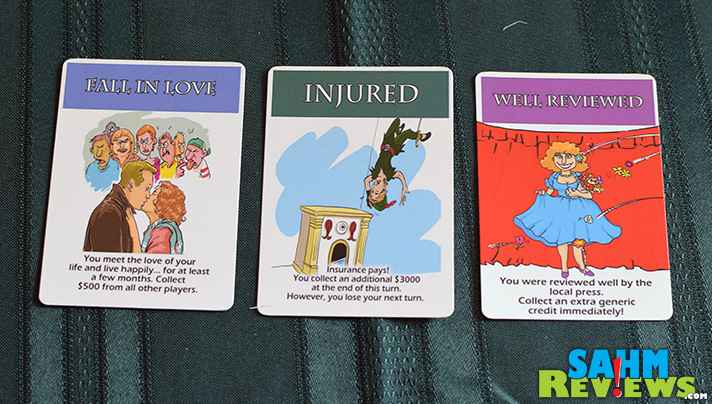 So why did we add it to our “Must Have Hobby Games” list this season? It certainly wasn’t for the artwork, which the designer readily admits he obtained via Fiverr. It was for how well the theme and game play worked together, especially for the aspiring performer in your family. It may be a bit of a dream-crusher for the young ones that believe fame and fortune will just fall in their lap, however it will teach them that nothing comes without hard work and perseverance. 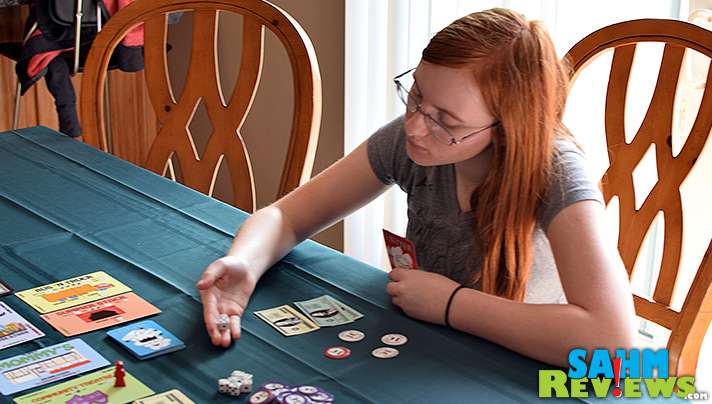 Expect a round to last anywhere from 30-60 minutes depending on the number of players and how lucky you are at rolling dice. Rated for ages 10+, it could readily be enjoyed by kids much younger with parental guidance. In fact, we would suggest kids as young as six would easily grasp the subject matter and enjoy trying to get their own Big Break.

You can find a copy for yourself sometimes on Amazon, but always at The Game Crafter. Definitely not a title you’re going to find at retail or your local game store! If you have an aspiring performer in your family, you’ll be hard-pressed to find a more thematically appropriate board game!

How many wanna-be actors do you have in your family?