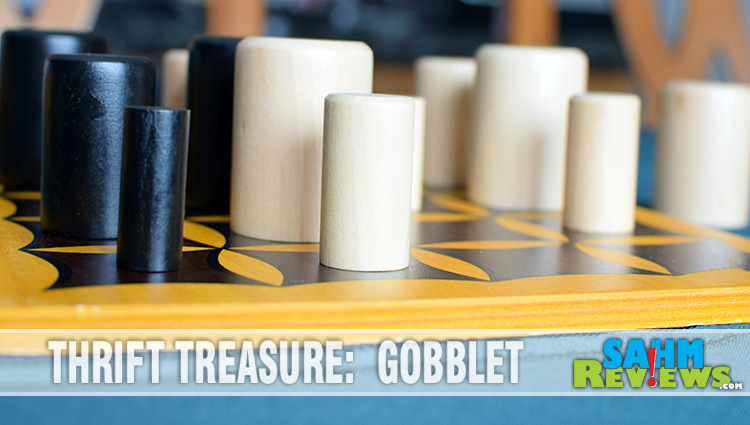 It’s Sunday and you know what that means! Another fun game we found at our local thrift store! And sure enough, it’s another abstract title! Of course there are plenty of copies of Trivial Pursuit and Scene It for cheap, but you can only have so many trivia-type games in your collection. Nearly every one of these abstract games has unique pieces and win conditions – I don’t think I’ll ever tire of them! 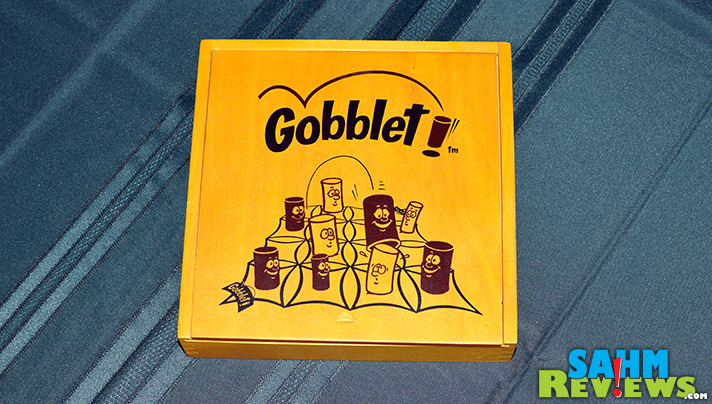 A couple months ago, a friend brought his copy of Gobblet by Blue Orange Games to our weekly game night, and my youngest daughter fell in love with it. Of course at that time we had no idea we’d find our own copy for a couple bucks, but once we saw it on the shelf we knew it would be coming home with us. 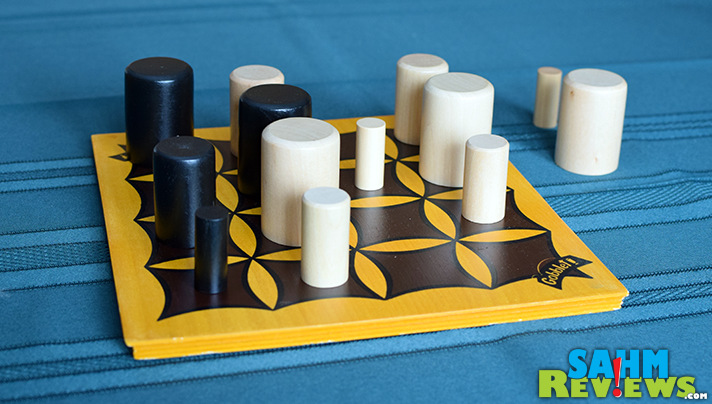 Gobblet is yet another example of a four-in-a-row game, just like last week’s feature. Turncoat uniquely used magnets to flip the color of the piece in play, requiring you to memorize the position of these randomly seeded underlying magnets. To win at Gobblet you must also line your color up in a row, but instead of flipping, you change the color of a square by placing a larger pawn over one of your opponent’s smaller ones! 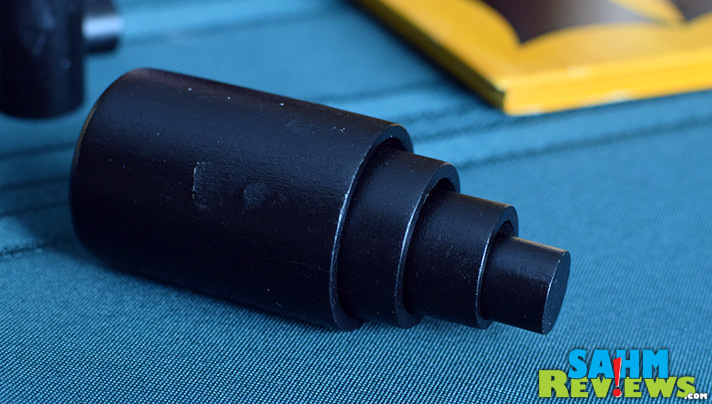 Each player receives three nested stacks of four wooden pieces. On your turn you play one off the top of your three stacks to any free space on the board. Or you might choose to move one of your pieces already on the board one space in any direction, even diagonally. 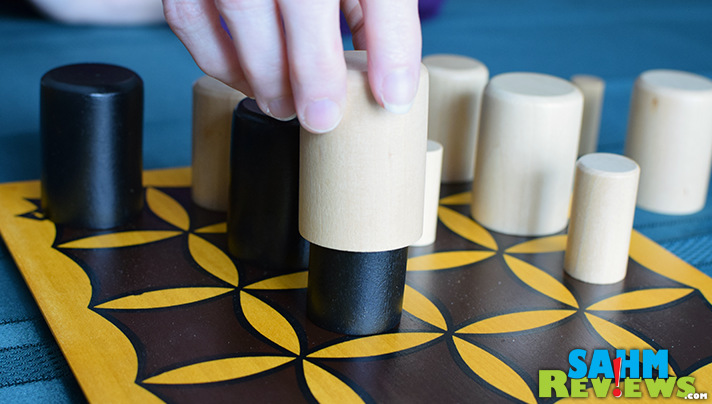 You can ‘capture’ any smaller piece (even your own) by moving a larger piece on top of it. Remembering what is underneath can be critical, because when you move that piece again, it will become instantly revealed. Players take turns placing and moving their own pawns until one person manages to line up four in a row. A quick game, but still quite a bit more advanced than tic-tac-toe. 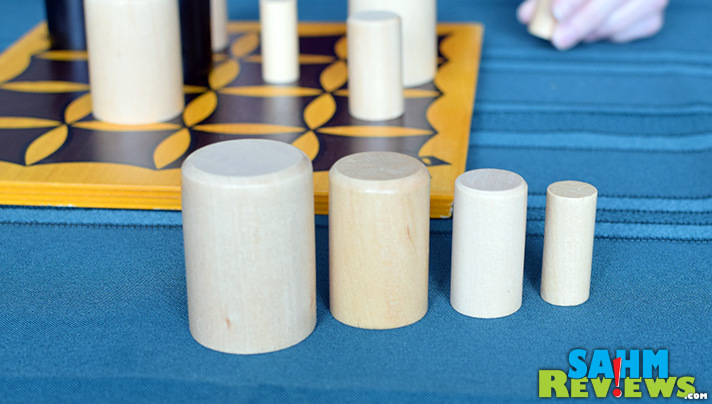 Gobblet is currently available in two versions – the wooden one we’ve shown here and a slightly cheaper plastic version designed to appeal to kids. Both copies play the same, with the plastic one having alternate rules that only require three in row to win. Considering my preference for wooden games (Quarto!, Wonky, Kulami), this one was the right one for me!