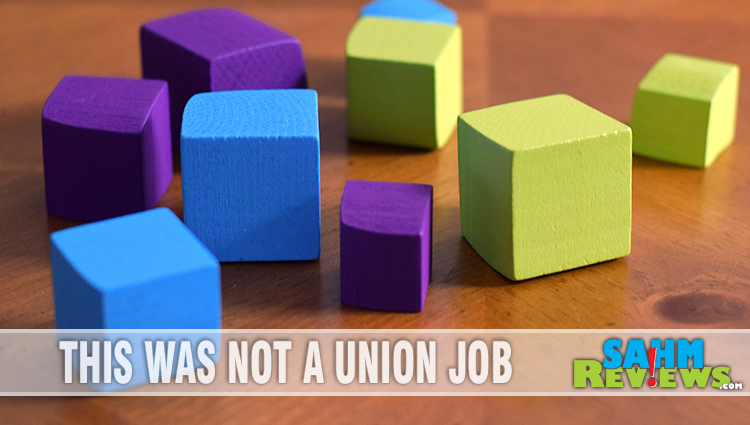 A recurring theme we discovered at Gen Con this year was how well games of all types were represented. And they weren’t just selling, but selling out! From board games to card games and even imported titles, it was proof to us that the game market continues to be strong.

I was honestly amazed at the size of USAopoly‘s booth at a show I thought was mostly targeted towards serious gamers. Don’t get me wrong, we love their products and have even interviewed them in person at ChiTaG. Then I noticed the empty shelves. Again, they were selling out of everything they had brought to the show to display. I had just observed a demo of their newest game, Wonky, and headed over to the main part of the booth to make note of the retail pricing. That’s when I saw nothing but emptiness – their shelves were bare! 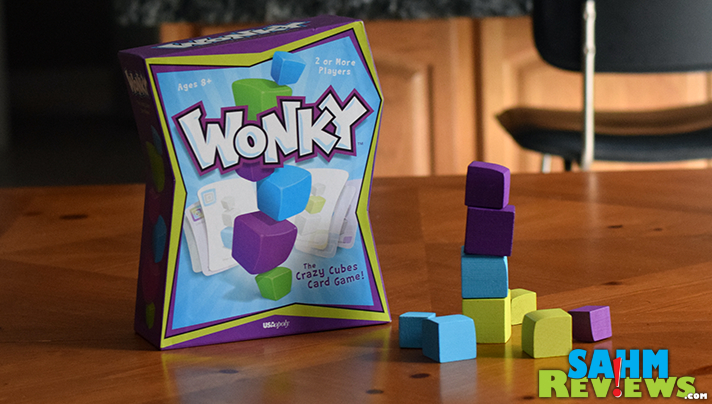 So I waited for UPS to deliver a copy and have since brought it to no less than four game nights and two full game days at our local game store. It is obvious why it sold out so quickly – Wonky is a HUGE hit with our friends! So much so that during our local gaming convention coming up in October, it will be a featured game in their first-ever dexterity game tournament!

It’s the simplicity of the game coupled with difficulty of actually performing the tasks that makes this so much fun. Wonky comes with a custom deck of cards, a cloth carrying bag and nine wooden cubes. I say “cubes”, but that really isn’t an accurate description. I guess “blocks” would be more appropriate considering there aren’t any parallel sides to any piece. Three of the sides look like your standard cube, but the other three sides have slightly curved faces! 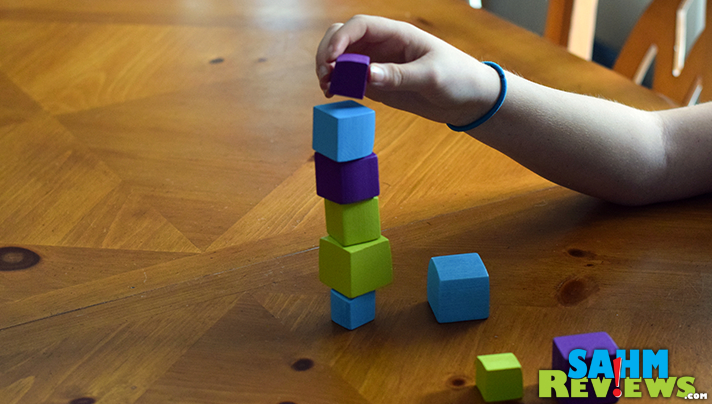 What good is any game with blocks without making you stack them? That’s the principal idea in Wonky. Working from a dealt hand of seven cards, you take turns adding to the stack of blocks trying to be the first person to get rid of every card in your hand. Along the way you will certainly knock over the stack, requiring you to draw three additional cards to your hand. But if you are the lucky player to successfully stack the ninth block (it has NEVER happened to us), you win right away! 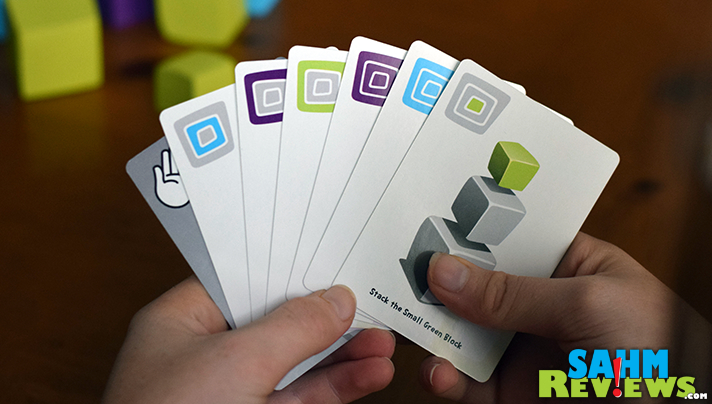 Each card has a specific color and size of block you must place. Play a card and try to set it on top of the stack without nudging any blocks underneath it. If all of your cards represent blocks that have already been stacked, simply draw until you receive a valid card to play. 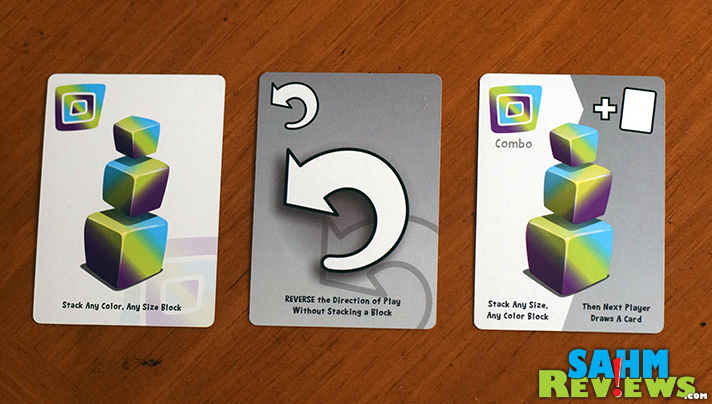 There are also special cards that change the direction of play, force your opponents to draw additional cards or even allow you to choose any size block in any color. The only requirement is that the very last card you play to win must be a stacking card – you can’t save a redirection card until the end and still go out.

If you’re a fan of games like Jenga or Don’t Break the Ice, then you will fall in love with Wonky. Simple enough for younger kids yet still difficult for us older folks. Expect a round to last between 15-30 minutes depending upon how many players you have. Wonky supports 2 or more players, so you are only limited by the number of cards in the deck (less per person for larger games).

Pick up your copy on Amazon and come visit us at our tournament! If you’re a fan of USAopoly like we are, you’ll certainly want to follow them on Facebook and Twitter. Right now they have some great giveaways running and I would expect to see more during the holiday season!