Games that require some type of physical skill are typically referred to as “dexterity games”. As of late there have been a number of popular game issues that have utilized a stacking mechanic with good success. We covered Wonky in the past and have played both Junk Art and Animal Upon Animal, all which require you to successfully stack playing pieces on top of a previous one.

What we discovered this week at our local Goodwill was that although this type of game is in vogue at the moment, this isn’t a new idea at all. The copy of Pressman’s Block Head! we picked up was issued in 1992 and has been around much longer. For 88 cents, we were willing to take the chance to see if it stood up to today’s titles. 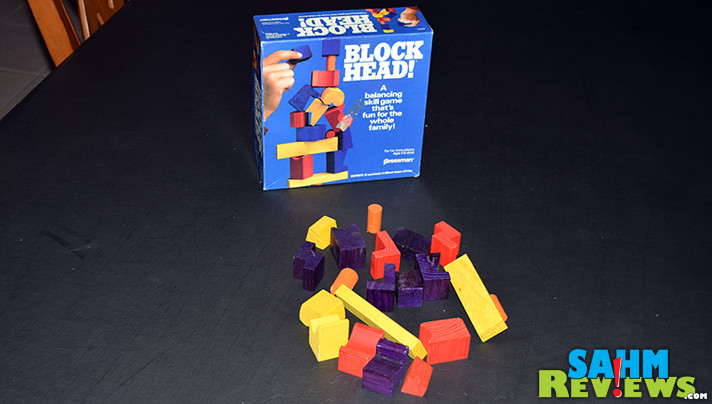 Block Head! is a simple game for one or more players. Included in the box are 20 wooden blocks of different shapes and sizes. The starting player, usually the youngest, chooses any block and places it in the center of the table. This is the only block allowed to touch the table – all future blocks must balance above it. 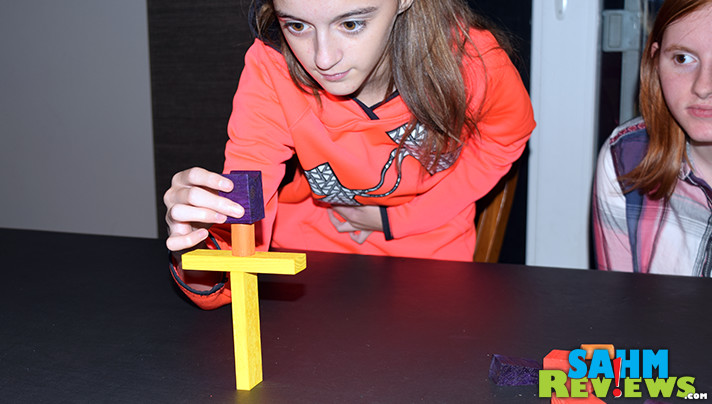 Each player in order then places an additional block onto the stack in any position. You may only use one hand to place a block and may not touch any other blocks. If only the block being placed falls from the stack, the active player may try again with the same (or different) block. 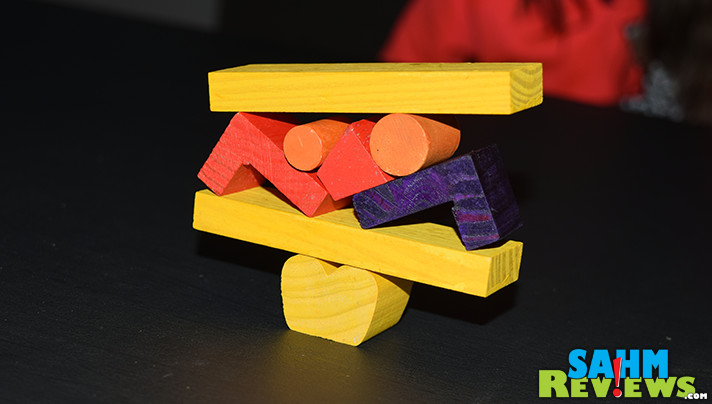 There is no penalty if the stack falls within the first three turns. In that case the stack is simply restarted. Each participant is allowed to cause the stack to tumble two times. If you knock it over a third time, you’re eliminated from the game (and referred to as a Block Head!). 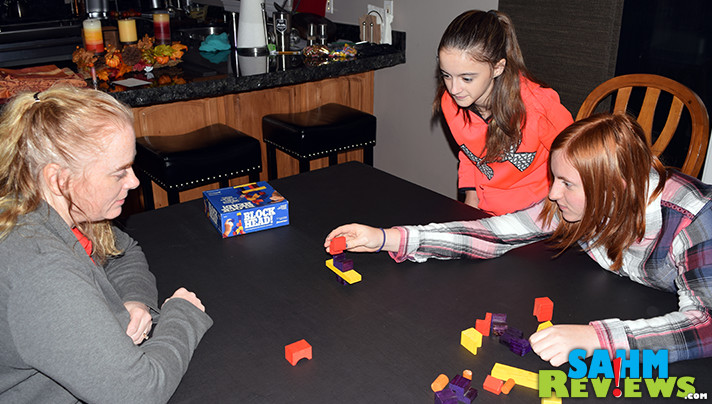 The game continues until there is only one player left and the only one in the room not labeled as a Block Head! If you are playing the solitaire version, try to stack all the blocks without causing them to tumble!

We found Block Head to be quite a bit simpler than its current-day counterparts. This is additional proof that today’s games are advancing in complexity, but with that comes a higher price. Fortunately you can still find Block Head! being offered brand new on Amazon for under $12 shipped. But don’t forsake the stacks of used games at your local thrift stores – you may find that one game, like Block Head!, that fills a void in your game library!

Are you any good at games that require a steady hand?