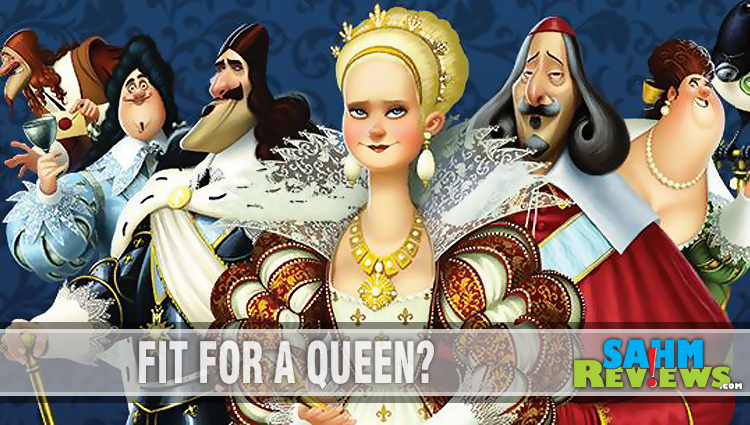 More to Cool Mini Besides Miniatures

Last year our family discovered the world of miniatures-based games. There are a ton to choose from, covering nearly any theme or genre you can think of. We purchased the Star Wars: X-Wing miniatures game for our nephew for his birthday and he has since added to his collection (to the dismay of his parents’ wallets). My girls aren’t heavy into Star Wars (yet), but love anything with a hint of steampunk design in it. That’s when we discovered Cool Mini or Not and their game, Rivet Wars (and expansions).

A year later, Rivet Wars is still a favorite 2-player war game we turn to when a quick skirmish is needed. I still haven’t undertaken the task of painting the miniatures as I had originally hoped to, but intend to try it eventually. At this year’s Gen Con gathering we admired Cool Mini’s display of painted and unpainted figures, remarking on the detail and variety, and drooling over one of their latest games, Blood Rage. It was only after talking with one of their reps did we realize they were much more than a one-trick pony and the “or Not” part of their name was something we had overlooked. They also are offering traditional titles along with their miniature games! 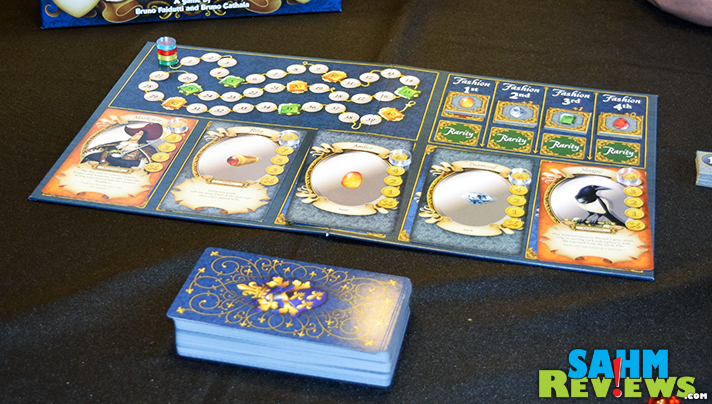 Queen’s Necklace is one of these new-to-them games, having originally been released by Days of Wonder in 2003. Cool Mini or Not added the game to their library, tweaked the rules and redid all of the artwork to create a more streamlined and visually appealing game that will appeal to all ages.

In the game, you become an apprentice jeweler in a medieval court trying to create jewels better, larger and more appealing than your opponents. Played over only three rounds (representing years of apprenticeship), at the end of each period you compete with other jewelers in a sale where only the best jewels are purchased. 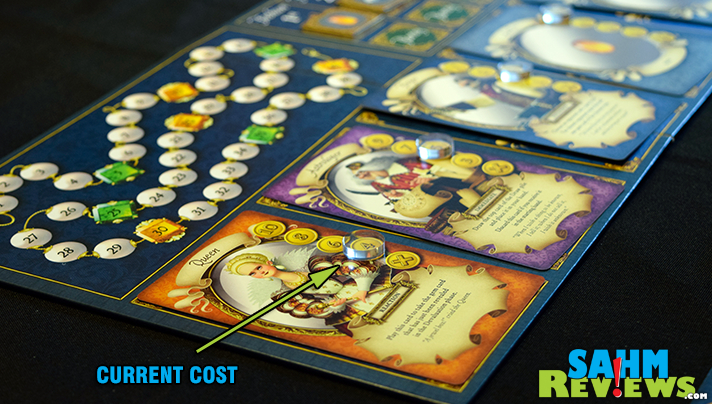 During the year you take turns purchasing gems or hiring other members of the court to perform favors. On your turn you have 10 British pounds to spend in a use-it-or-lose-it scenario. Of the five cards available to you to purchase, the price is denoted by a clear marker that moves down one spot each time the turn is passed. Sometimes you’ll want to buy as much as you can, other times you might pony up for something just so your opponent doesn’t purchase it. 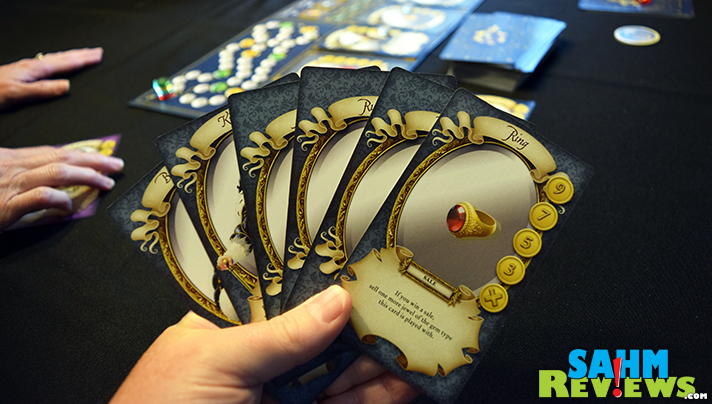 Cards purchased are added to your hand until either played (in the case of hired help) or utilized to make your jewelry for the end-of-year sale. During this sale is the only time of the game when scoring occurs. Each player displays ‘sets’ of gems and/or jewelry of one particular gem type (diamond, ruby, emerald or amber) and the person with the highest amount in one stack receives points, while everyone else receives nothing (and loses the jewels).

Interestingly, when the sale commences, you don’t know what the price of the jewel will be. It is determined also at the end of the round by a simple supply & demand mechanic. Demand is determined by what is “in fashion” and the more desirable a gem type, the more it is worth. This is initially determined at the beginning of the game, but can change at any time.

Supply obviously depends on how many of a particular type are available for purchase during the sale. So while you’re trying to have the most of a gem to be able to sell it, bring too many to the table and you’ll devalue it. To be noted, you do not have to bring all of your cards to the first sale. You can choose to hold them for a later sale if you think another player might have more or you fear there will be too many played on that round. 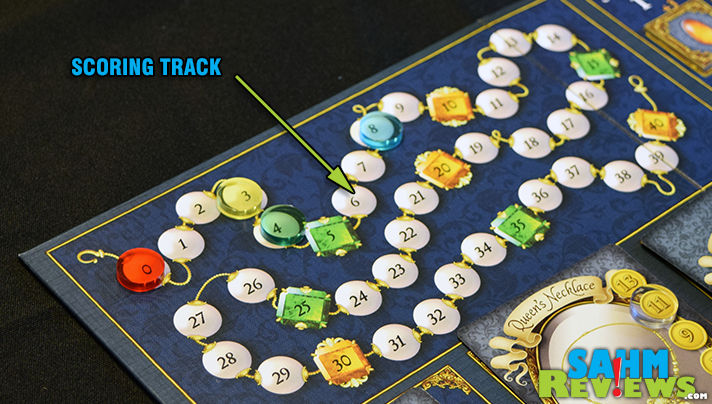 It was this economic lesson that was most satisfying to us and allowed us the opportunity to talk about this basic theory with our girls. Our youngest (budding fashionista) completely understood the demand side, commenting “that is why some brands are more expensive”. Our oldest grasped the supply-side theory of “build it and they will come”. Between the two we see a perfect yin yang finance team in the future! 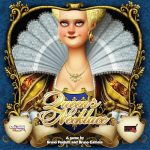 Although this is one of Cool Mini or Not‘s first non-miniature games, they have certainly picked a winner and have done a great job of redesigning it to appeal to the mass market. Old Days of Wonder versions are available for crazy high prices, so picking up a copy of this new version is a no-brainer at $30. Inquire at your local game store so they can get you a copy well before the holidays!

Because you’re also a fan of Cool Mini or Not after seeing Queen’s Necklace (and checking out Rivet Wars), be sure to follow them on Facebook and Twitter to see what’s coming next! They currently have a Kickstarter project running for a completely new series called “The Others” that revolves around the 7 Sins! With two weeks left, it has already raised $600,000 – well over their goal of $100,000! Looks like another winner!

20 comments on «More to Cool Mini Besides Miniatures»