Among the board game crowd, there is a class of game that’s been around for a while. Commonly referred to as “miniatures games”, these strategy/role-playing titles usually include highly-detailed pieces that you can customize by painting them to your liking. You’re probably familiar with Dungeons & Dragons, one of the first to utilize these components to enhance the game experience. From there companies fought to make more varieties with better details than their competitors.

One of the most popular in the market today is Star Wars: X-Wing. We gave a copy to our nephew in 2013 and he’s since added a number of extra ships and upgrades to his collection. But we’ve never been into Star Wars ourselves – we’re more in the Trekker category. But as we showed you last December, we have a new strategy game that has become our go-to for a quick 2-player battle. Rivet Wars even made our Top 10 Board Games of 2014 list, taking the #1 spot!

To refresh your memory, Rivet Wars pits two steampunk-esque armies battling for objectives and earning victory points along the way. The first army to reach the predetermined amount of points is declared the victor. We started out with the basic game Rivet Wars: Eastern Front and worked our way through the different scenarios with ever-increasing difficulty. And while it still makes it to our table quite often, we are ready for something new.

Just like X-Wing, Rivet Wars offers additional weapons and characters to add to your army. But instead of selling them to you one at a time, Cool Mini or Not offers complete packages for both sides! And depending on your play style, strengths and weaknesses, there is an expansion set for you. 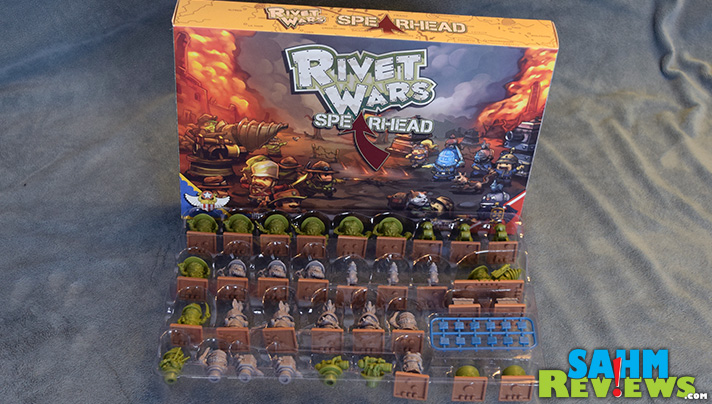 Rivet Wars: Spearhead takes the fight to a new level. Now players will be able to fight with fixed turrets, canine units, all new infantry types and heroes trained to defeat the enemies defenses. The Allies can now drill under the enemy lines with the help of Lt. Brasseldun while the Blight can now be lead by the powerful Baron Munchen. With all these new units your army will crush anything that gets in its way! 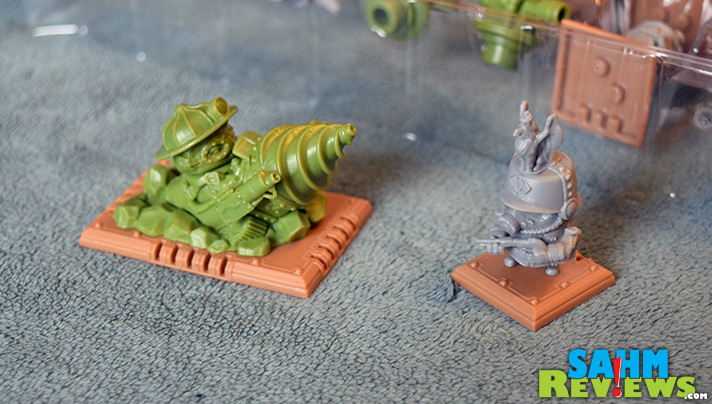 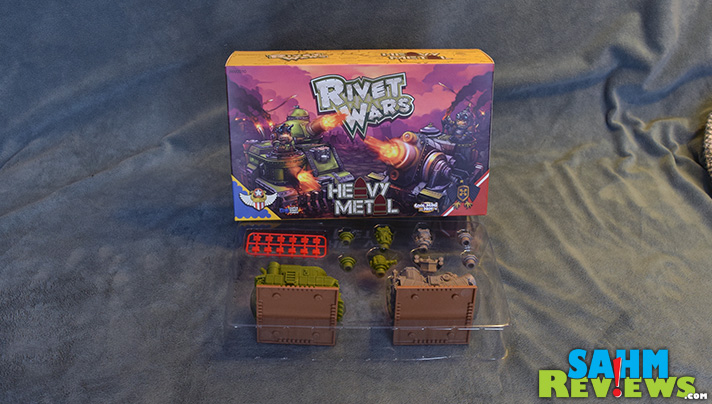 Rivet Wars: Heavy Metal rolls out the heavy guns and armor. With this expansion, players can deploy two of the largest armored units the blight and allies have ever produced. Along with that come two hero plug units and two turret plug units that allow you to upgrade your fighting machines making them ever more lethal. Send the enemy forces running when you roll out one of these mechanized monsters of the battlefield! 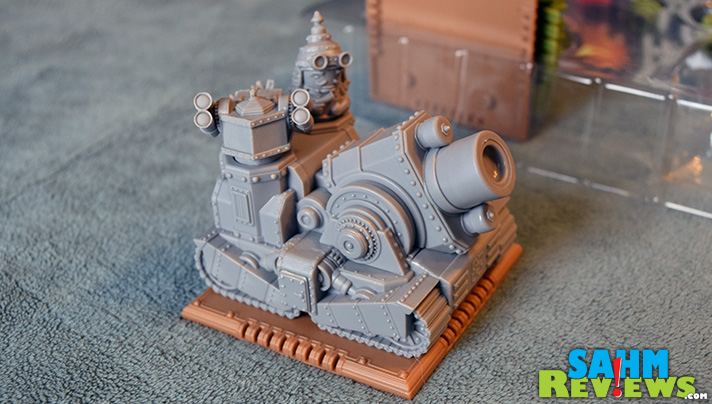 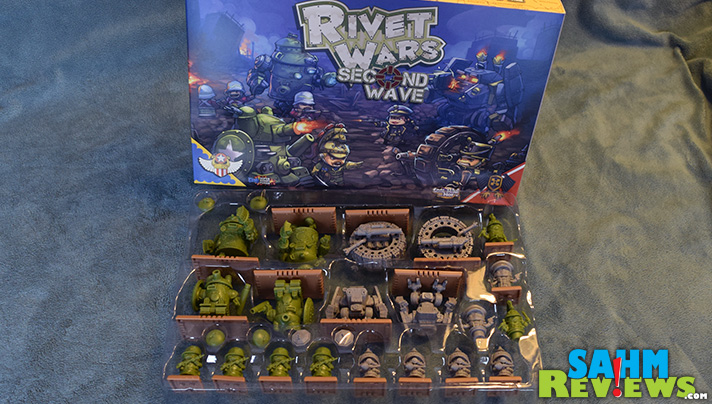 Rivet Wars: Second Wave increases the fighting power of any Rivet Wars army. In this expansion both the blight and allies receive powerful armored combat suits, mechanized fighting vehicles, new infantry types as well as heroes. Catch the enemy off guard with these new units, new capabilities and new tactics for winning the war! 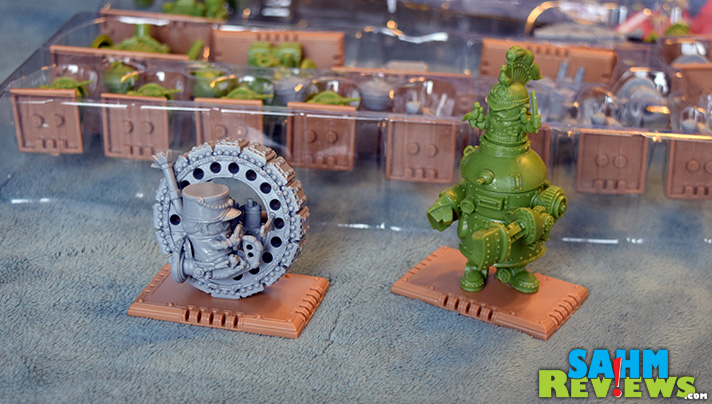 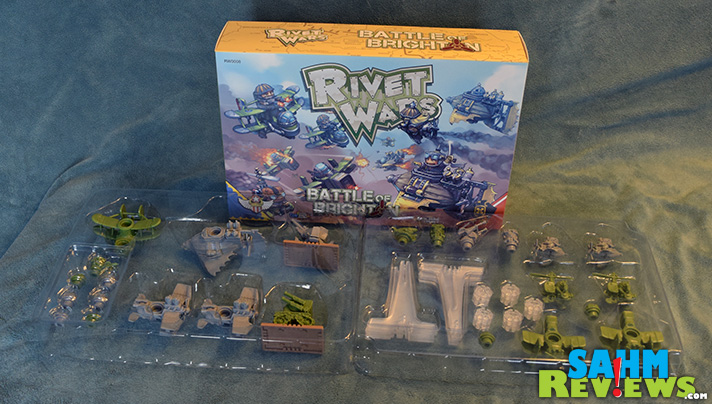 Rivet Wars: Battle of Brighton takes the fight to the sky. With this expansion players can field fighters, bombers, anti-air tanks and more. Bomb an enemy strongpoint, strafe attacking infantry or use your anti-air unit to shoot non-friendlies out of the sky. Use these flying machines to seize the upper hand and win the day! 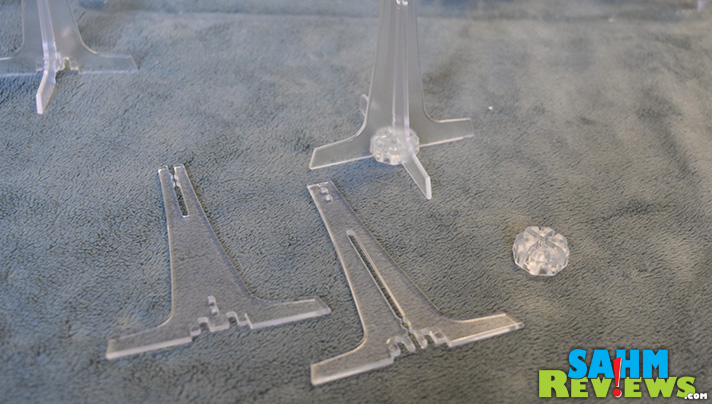 This isn’t a case of just replacing some of the original pieces with new ones. Each of these pieces represent a new class with unique abilities. Because you introduce new pieces to the game on every turn, your opponent will not know what you’re coming at them with until you actually deploy it. By then it may be too late for them to mount a proper defense!

And these are only but four of the expansions currently available. Cool Mini or Not also offers a War Room expansion which adds a number of new hero classes, a Terrain Pack that adds a 3rd dimension to your board and the only current single piece, the Mountaineer, which is limited to 200 pieces worldwide.

I have to admit that we’re looking forward to seeing what else is eventually offered for the Rivet Wars line. We’re hoping for many new scenarios and missions as well as new machinery and characters. Like any miniatures-based game, it does get a little more expensive than a one-and-done box game, but the flexibility the expansions introduce is well worth the outlay.

Check out what else Cool Mini or Not is working on by following their timelines on Twitter and Facebook. Their latest miniature game, Dark Age, is taking the fantasy game world by storm. Let them know you’d like to see it here on SahmReviews!