If you haven’t figured it out by now, we love playing games. Over the past couple of years we’ve turned off the XBox and become turned on to board games. From our Thrift Treasure series of games we find at local thrift stores to brand new releases of games you won’t find on the shelves of your local big-box retailer. Last summer we told you about a game that hadn’t even been made yet, Alpha Bandits! Today I’m going to introduce you to one that we also got a sneak preview of and it has finally hit the shelves – DiaMonsters.

You may remember IDW Games from our 2014 Gift Guide: 10 Games Under $29 and their latest mega-hit, Machi Koro. We intend on getting you a full run-down of Machi Koro once we get our hands on the just-issued Harbor expansion, but right now I’m focused on collecting monsters. Specifically, monsters with diamonds! 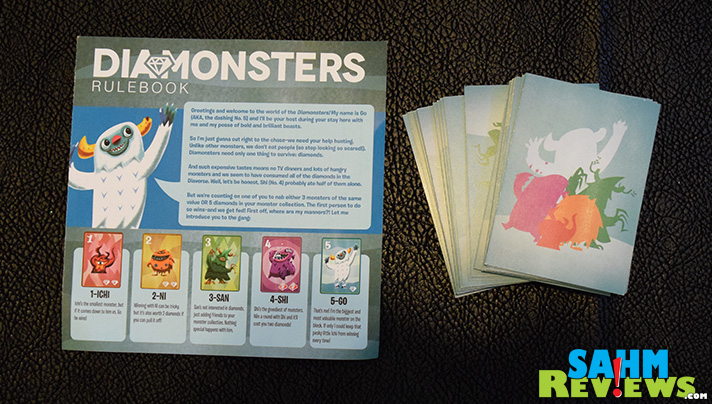 We’ve been playing DiaMonsters for a good couple of months now. Not only at home and at our Friday board game meetup, but also have taken it on two trips to play in the hotel. It’s a quick game, usually only running 10 minutes or so, but every session plays a little differently.

As you can see, this copy has no bells nor whistles – it didn’t even include a box! We received this prototype set well before the actual game hit the shelves right before Christmas. But unlike some prototypes, this one was already polished and ready to play. 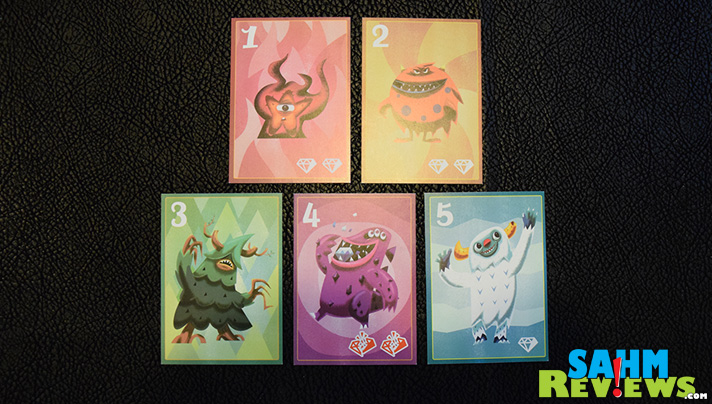 If the art and design remind you of Machi Koro, it is for good reason. DiaMonsters is from the same designer and artist. But that’s where the similarity ends. In Machi Koro you’re building a city. In DiaMonsters you are capturing monsters (and diamonds).

The deck is comprised of only five different cards. Each monster is represented by a number in the upper left corner and a number of diamonds in the lower right. One monster (named “San”) has no diamonds (#3), while “Shi” (#4) represents losing two diamonds. 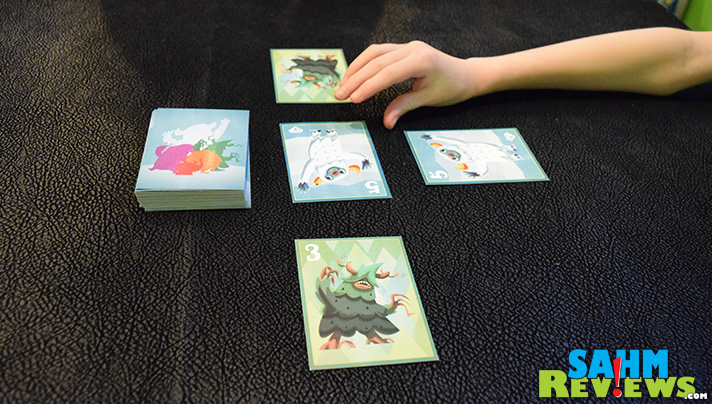 Each player (up to 6) starts with a hand of five cards, one of each monster. The rest are put in a draw stack in the middle of the table. One monster is turned over, and that is the card you fight for. Each player selects a card from their hand and sets it in front of them and everyone discloses their cards at the same time. This is a modified version of one of my favorite card games, War.

Any cards that tie (the 3’s in the photo above) cancel each other out and are returned to the players’ hands. Of the cards that remain, the highest wins. EXCEPT if a one is played – 1’s beat 5’s. It’s a full round of rock-paper-scissors with five numbers. 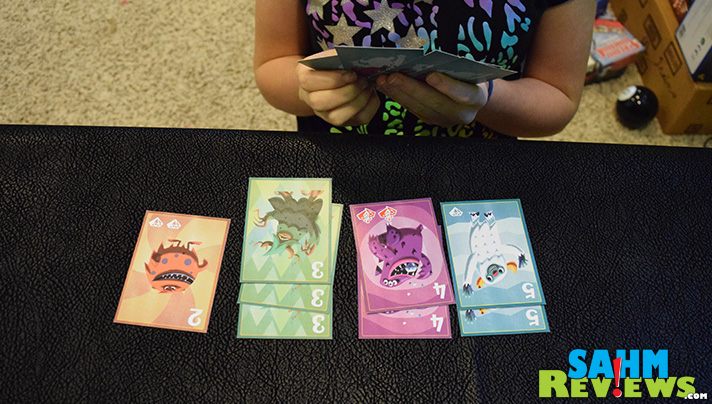 Your captured monster, along with the one you used to capture him are laid in front of you in your monster collection. Everyone then draws new cards to replenish their hands up to five cards and the next round begins with the overturn of a new monster to fight over. The object of the game is to capture either three of one type of monster or a total of 5 diamonds (less any that are subtracted by capturing “Shi” (#4) cards.

The current box description puts this game at 20 minutes, but we never encountered a round that long. And while rated for ages 8 and up, it can easily be enjoyed by younger children who have an older sibling or parent to explain it to them.

With a suggested retail price of under $15, this is a no-brainer if you want a card game with interesting artwork that is easy to learn, appealing to many ages and won’t break the bank. IDW Games always has many things in the works, so be sure to check out their timelines on both Twitter and Facebook. Let them know you’d love to see more previews of their games (and toys) on SahmReviews by dropping them an email! 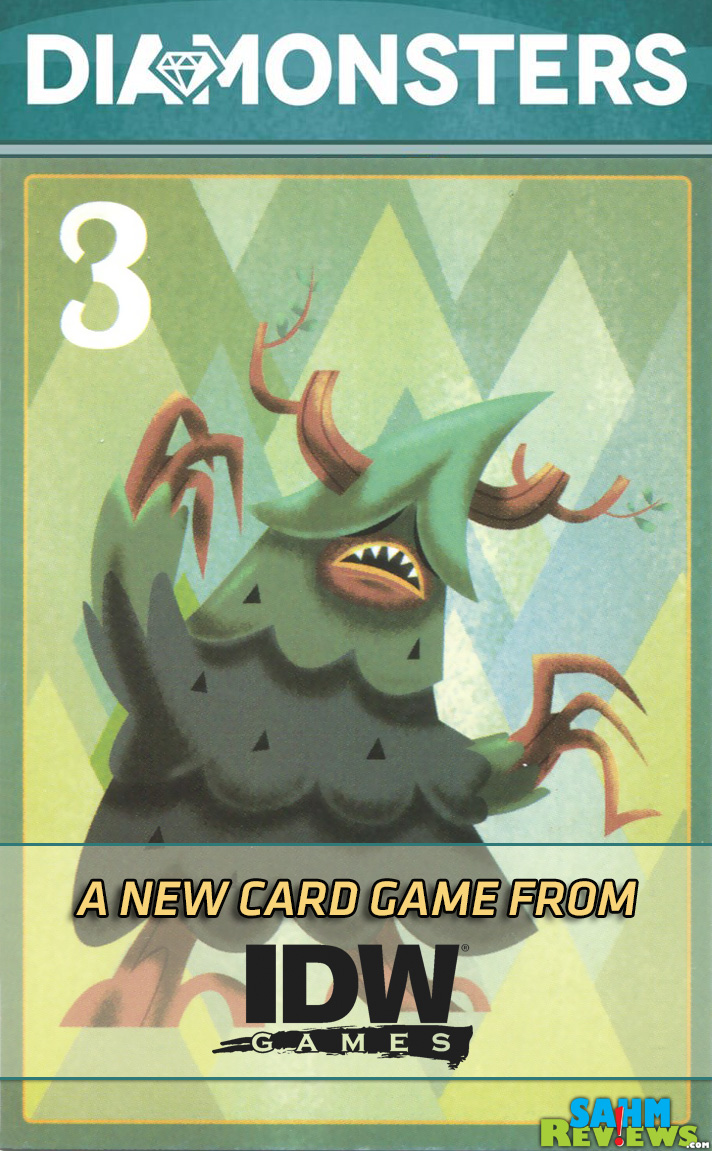 13 thoughts on “A Monster of a Card Game”