While we’re on the subject of 90’s-era puzzles and games, this week we found another winner at our local Goodwill. This version of Traverse was issued in 2007 by Educational Insights, but was celebrating 20 years of the game being in existence. The earliest records of this game show it being issued by Unicef in 1991, so I can only surmise that it was originally designed in the late 80’s and wasn’t formally published until years later. 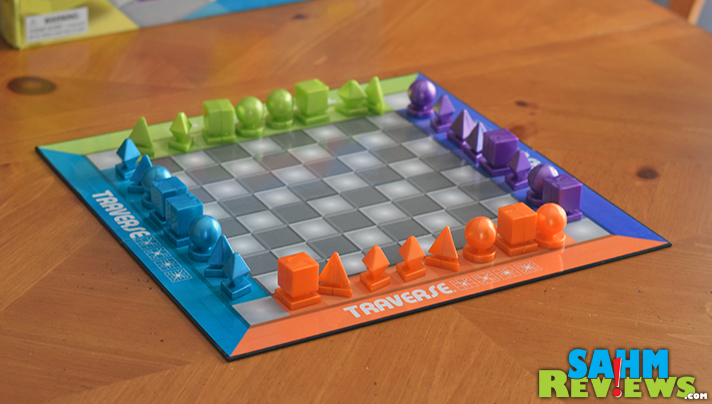 Billed as “Checkers Gone Wild”, Traverse is a 4-player take on the classic game of Checkers with some Chess and Chinese Checkers thrown in for good measure. Each player is given four pairs of pawns which they can arrange in their start area in any order they choose.

Like Chess, each piece has a certain type of movement they can perform. So you don’t have to memorize movements from yet another game, a movement key is printed in each player’s home area for easy reference. 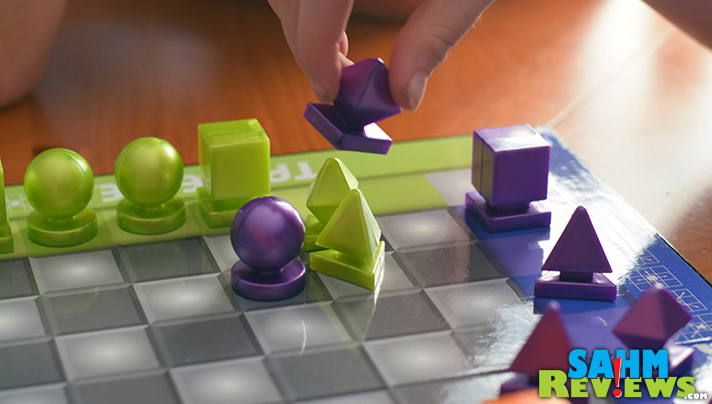 On your turn, you can perform one of two actions. Either move a pawn one space in the piece’s allowed direction or jump other pieces (including your own), again only in the correct direction. You can string together jumps and perform it in multiple directions on the same turn as long as the jumps are continuous and follow the listed movements. And taking a cue from Chinese Checkers, jumped pieces are not removed from the board. 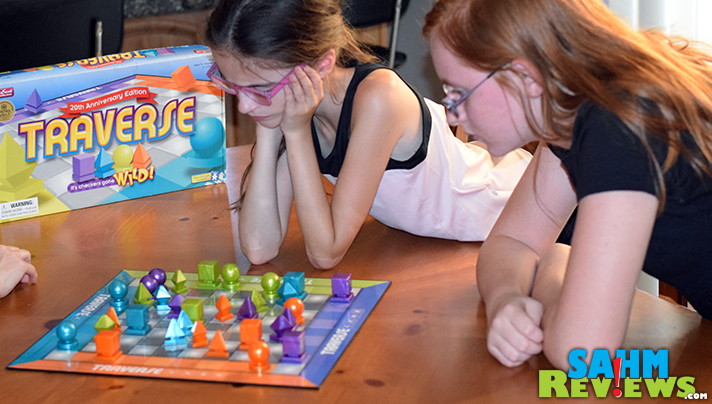 If you find it easy to plan your movements ahead in Chess or Checkers, the addition of two additional players makes those traditional tactics outdated. By the time your turn comes around, it is pretty much a sure thing that the board layout has changed and you must formulate another strategy. 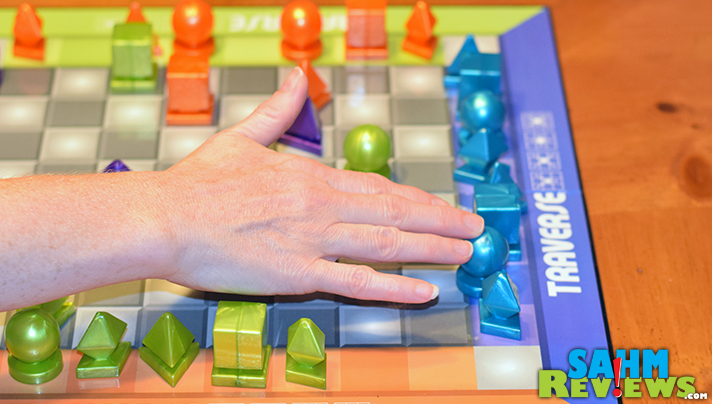 Your goal is to be the first to get all of their pieces to the opposite side of the board in any order. Only by taking advantage of every jumping opportunity will you be able to beat your opponents to your goal.

According to the box, the game is rated for ages 7+. In our opinion, while it would be easily played by children that age, there is a deeper strategy that will be missed by them. Traverse is a very challenging abstract title and we can see why Mensa bestowed one of their annual awards on it.

New copies are still available on Amazon for around $30 and on eBay for about half of that. If you like this type of family-oriented game, be sure to check out Educational Insight’s website for a number of other great game ideas! I’m sure you’ll recognize quite a few familiar titles!