You are not going to believe what I saw when I looked out my window yesterday morning! Care to take a guess?

A robin. Then another. And ANOTHER. 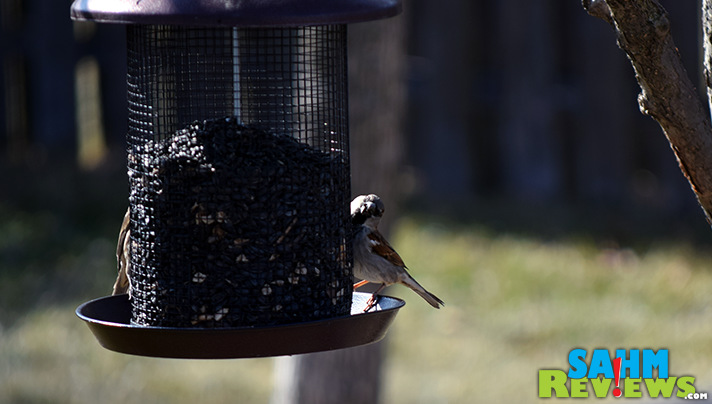 My bird feeder was filled with finches and there were even some black birds which normally I despise. All of it made me quite happy though and I lost track of time watching through the window.

Bet you can’t guess what I saw the day before that surprised me even more.

Knees. You read that right.

This might not seem like a monumental event to you, but when it’s February 19th in Iowa, just looking outside and NOT seeing snow is quite exciting. Being able to walk outside without a jacket and even being able to venture out in SHORTS (hence the knees) is simply unheard of. Our temperatures this past weekend have been in the 60s or 70s. It has been feeling a lot like spring not just to us, but obviously the birds also. This kind of weather, here in Iowa, at this time of year… is just wonky.

My subconscious must have thought the same and needed to set things right. So as is typical of our family, a game was in order. That’s where ICECOOL from Brain Games Publishing entered the picture. Yes, I know, it’s not really ice and they aren’t real penguins but the game is definitely cool.

The premise of the game is that the penguins are in school and they don’t feel like sitting through the lesson. They figure they can scoot around the school picking up fish (yes, the fish are in a school) all while avoiding the hall monitor. It accommodates up to 4 players with enough rounds for each player to take a turn as the hall monitor. 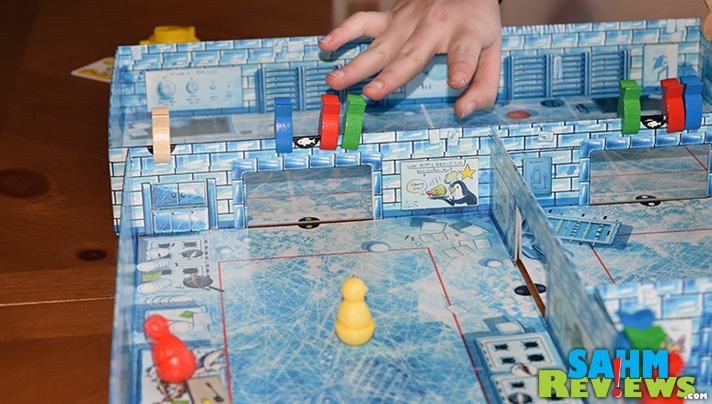 Players alternate turns running through the halls as they attempt to catch fish that are in predetermined doorways. Appropriately named “Runners”, players do this by maneuvering their penguin similar to flicking in Pitch Car. The difference is that these roly-poly penguins have a little crazier path when flicked! If you’ve ever played pool, you might recognize the physics behind this dexterity game. Centering the flick will help them go straight. Hit their side and the penguin curves sideways. Smack their head and they’ll jump in the air (and maybe even over a wall.) 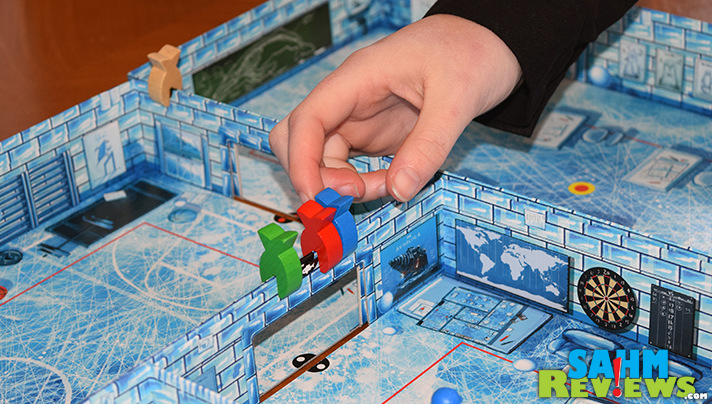 Penguins that make it completely through a doorway collect their respective fish and claim a card. If a penguin is quick and agile enough to successfully navigate more than one doorway in a turn then the player can claim a fish and card for each! Sometimes a penguin will get stuck in a doorway or too close to a wall. When this happens, the player can use their next turn to nudge their penguin to the closest designated boundary line. 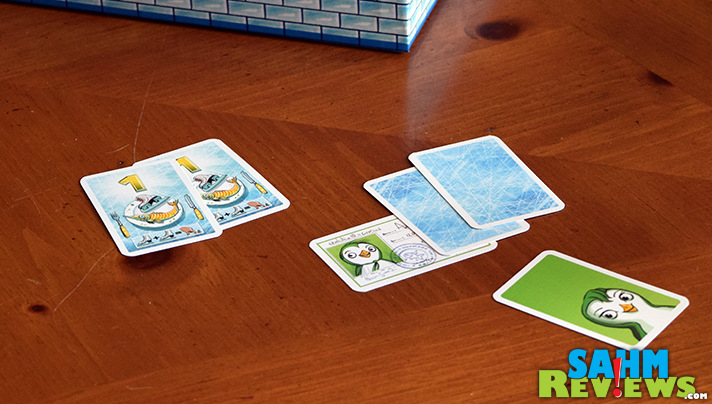 Cards are the end game victory points. Playing a pair of 1’s allows the player to take an extra turn. If they run into or are caught by the catcher then they lose their student ID. That’s the risk you take when you want to run through the halls… 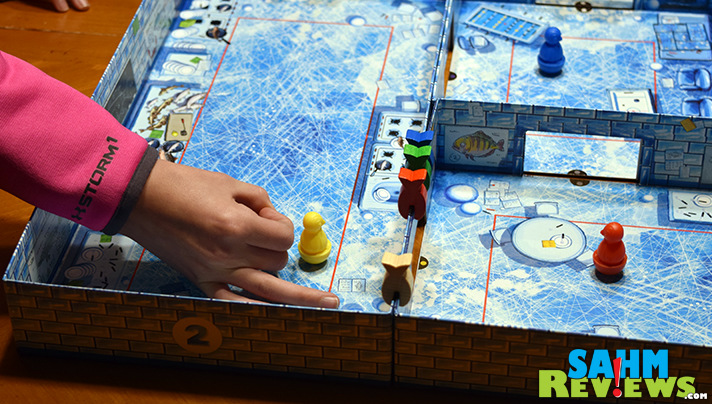 The round ends when one player has caught all three of their fish or when the hall monitor catches all the other players at least once. Once everyone has been delegated the hall monitor responsibility once, the game is over. The cards are tabulated for victory points and the player with the most wins.

You can slide to Amazon and catch a copy of ICECOOL for around $30. Skate over to Twitter and Facebook to find out what other cool things are happening with Brain Games Publishing or visit their website to peruse their other games.

What fishy stuff did you get into at your school?