With temperatures set to hit around 100 this week, it seems only fitting that I talk about something cool. Sure, I could recommend setting up an ice cream bar and making customized mess-free Mason jar milkshakes. Or I could talk about my favorite garlicly Plantation Salad recipe that is awesome on a warm day. But I’m not. Instead, I’m going to talk about something cool that involves a table but not food. I’m going to tell you about a follow-up to a board game about penguins.

You may recall me talking about ICECOOL from Brain Games Publishing a couple of years ago during an unusual February heat wave. The concept behind this dexterity game is that you’re penguins at school, running around trying to collect fish while avoiding the hall monitor. ICECOOL2 is a follow-up to that popular title, making some modifications to the game play as well as providing the ability to upscale the original version to something even grander. Let’s get a refresher of the things that are similar then go into detail about what is different. 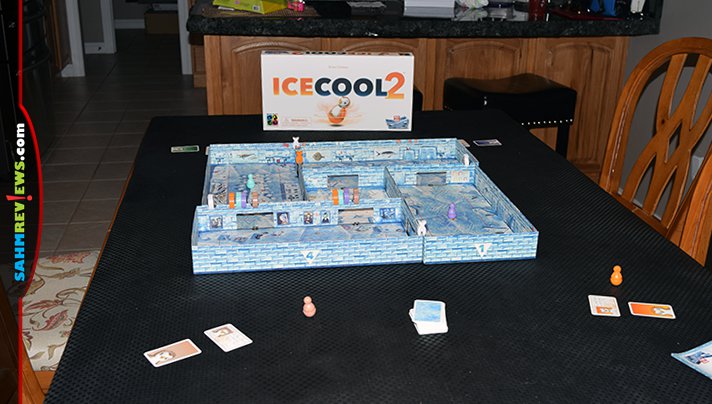 From afar, ICECOOL and ICECOOL2 look quite similar. Honestly, they are. If you’re going to only purchase one of the two titles, each offers their own benefits but ICECOOL2 is probably the better choice. The packaging itself is the game board and assembly involves arranging the various smaller boxes to form one large play area connected by doorways. As noted on the door frames, fish are placed accordingly and players will be flicking penguins about the building in an effort to collect them… just like in the original ICECOOL game. Everyone selects a color then takes the related penguin and ID card. The stack of fish cards is shuffled and placed near the board. Players will take turns acting as the Catcher (hall monitor) until everyone has played that role once. 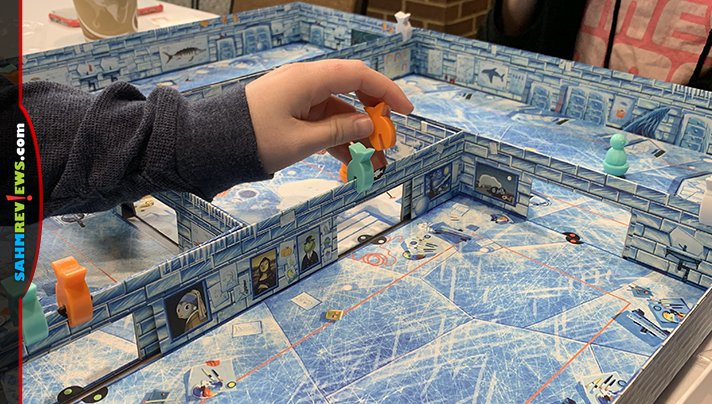 Runners will take turns flicking their penguin pieces around the board and collecting the fish as they pass through the related doors – all while avoiding the Catcher. Starting clockwise from the Catcher, each Runner takes a turn. After all Runners have had a turn, the Catcher takes theirs. 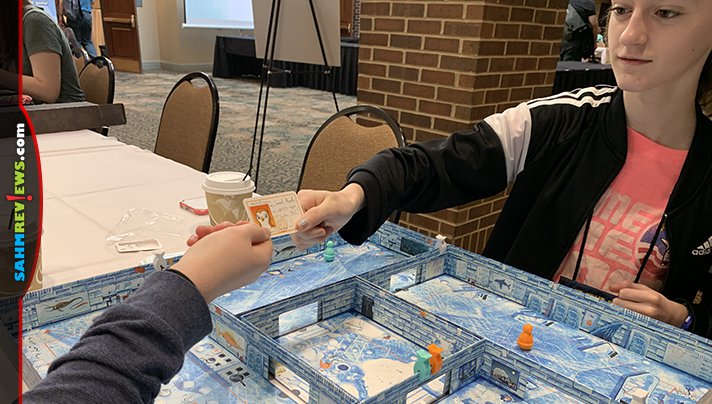 Each time a Runner collects a fish, they’ll also draw a fish card from the top of the deck. These cards vary in value and are used for end-game scoring. During the process, if the Catcher touches a Runner (regardless of whose turn it was), the Catcher will collect that person’s ID card. This is important to remember not only for tracking who has been caught but also because it’s worth points to the cardholder. The round will end when one of the Runners collects all their fish or the Catcher has caught all their opponents. 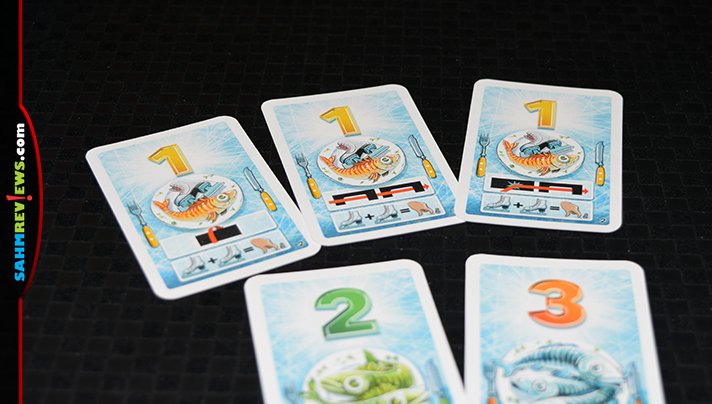 The cards are worth more than just the points displayed. They have special abilities such as allowing players to immediately take an additional turn. Some cards have tasks such as moving through two doors on one turn or jumping over a wall. If you’re confident in your abilities to maneuver your penguin, you may announce that you’re attempting a particular task. If you succeed, you turn that card over (so it cannot be used again) then draw another from the top of the deck. 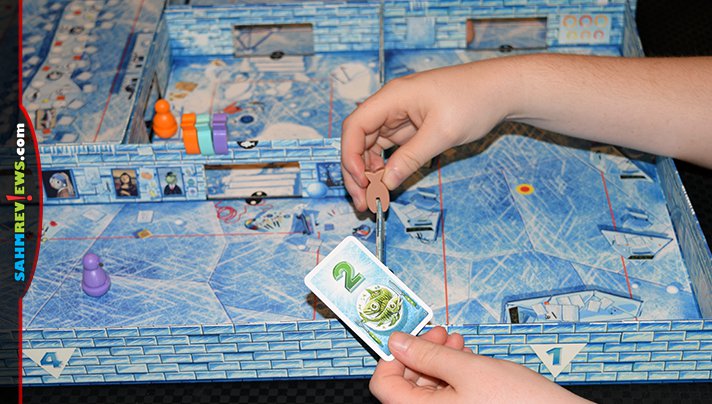 One of the differences comes with the cards valued at 2 points. In the original ICECOOL, they were somewhat lackluster while in this one they’re extremely valuable. When revealed, that player may move one fish of any color to another door including one that doesn’t have a fish symbol! The only exception is that a fish cannot be placed on a door in the same room as the player of that color. Not only does this help the Catcher prevent someone from completing the task they are headed for, but it also gets players more competitive with each other as they move each others’ fish! 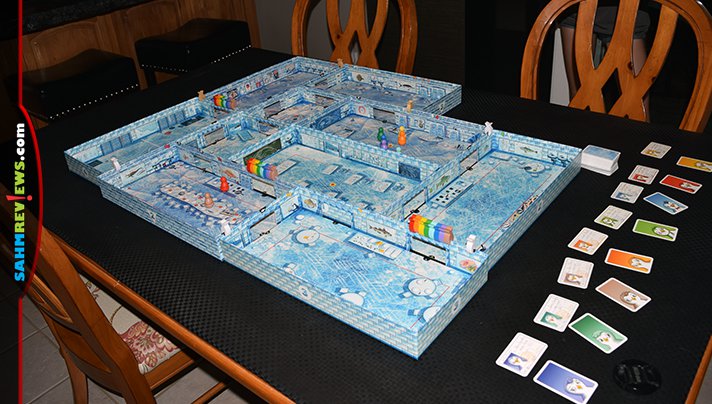 What makes ICECOOL2 extra interesting is that it was designed to be integrated with the original ICECOOL to create five new layouts (including two with rooms that move), introduces Race Game Mode and accommodates eight players instead of the 4-player limit of one box. The race mode removes the Catcher and is simply a race to be the first to acquire all your fish and get to the finish box.

In addition to being family-friendly, ICECOOL2 is a great introduction to dexterity games. You can pick up a copy at retailers or purchase ICECOOL2 on Amazon. Find out about more cool games from Brain Games Publishing by following their social channels, Twitter and Facebook! We spotted Team3 being played in the hotel bar at Origins and are looking forward to picking up a copy at Gen Con. We also can’t wait to check out Pigasus and Snowman Dice in person, too!