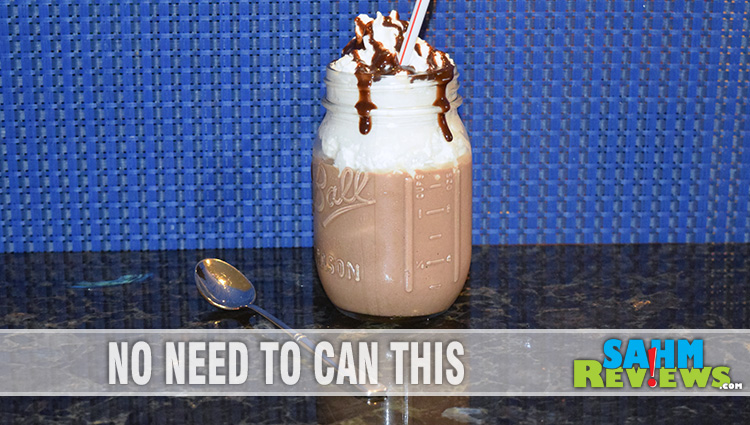 I have to laugh every time Miss M has some kind of accomplishment.

For the uninitiated, Whitey’s Ice Cream is a Quad City landmark known for their ice cream and specialty shakes and malts. They’re delicious and definitely something we treat ourselves to on occasion. Unfortunately, not as often as Miss M would like.

So we improvise and make shakes at home! It’s less expensive, but still offers us the ability to customize each person’s shake. We’ve discovered a few tricks that allow everyone to create the flavor of their choice without needing to clean and re-clean the blender pitcher between uses. As a matter of fact, we don’t use the blender pitcher at all! 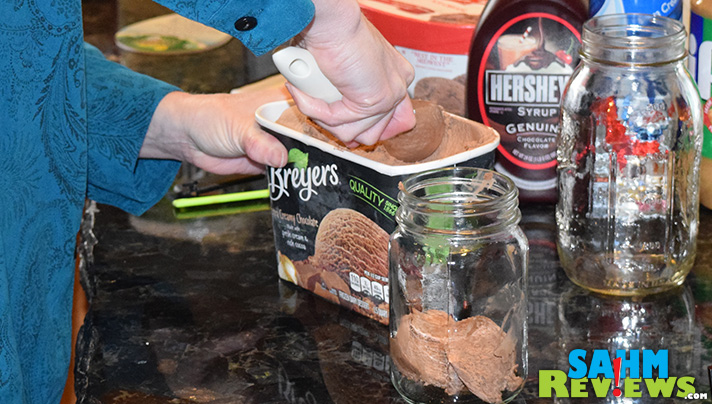 I’m not one of those people who insists on putting foods in mason jars just because it looks fun in photos. In this particular situation, the mason jars are purely for function. Most people don’t realize that a standard blender ring with blade is the same size as a narrow-mouth jar. So instead of making a bulk-sized pitcher of milkshakes that everyone has to share, let everyone create one for their own tastes.

Everyone can create their own so the process should go much quicker than one adult doing it all. Start by adding ice cream to the mason jar. We filled each jar between half and 3/4 full. The more mix-ins you’ll want, the less ice cream you can add. There simply isn’t room for all of it. These jars offer built-in portion control. Sort of. Other than gravity, there aren’t rules about how high the whipped cream garnish can go. 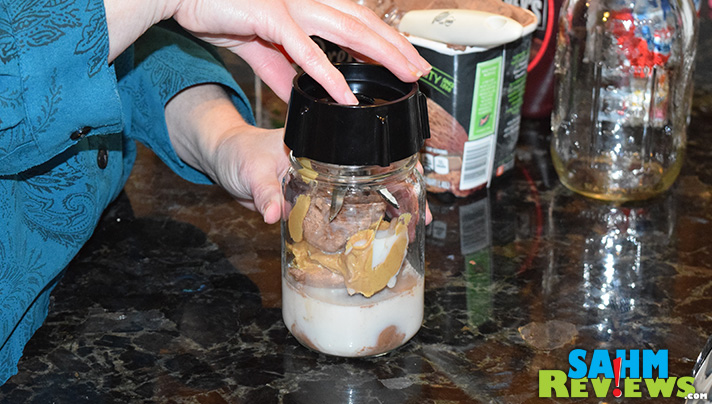 Add peanut butter or other mix-ins then fill about 1/2 way with milk. Attach the blender blade, o-ring and cap. Secure tightly then invert and place on the blender base as normal. 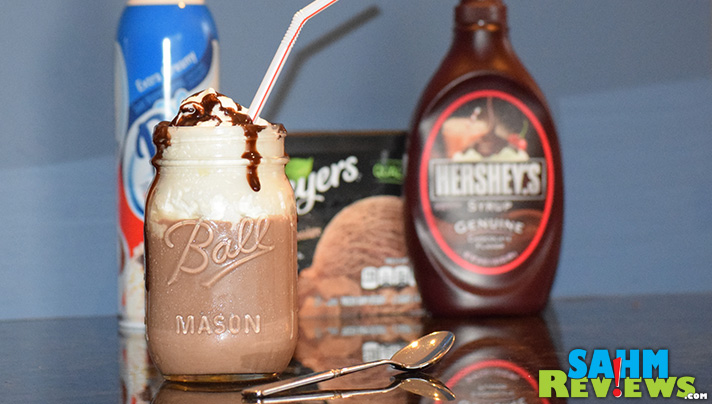 You’ll use whatever blender settings you normally would and stop it based on the consistency you prefer. These are smaller portions so you may need to cut the blend time down from what you normally use. Flip over, remove the blade attachment, garnish and serve. Repeat the process with each additional individual pint jar. 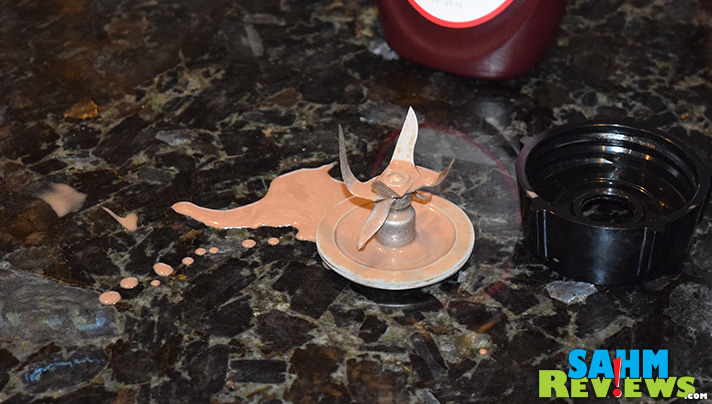 While the jars will all fit nicely alongside the glasses in your dishwasher, there is a downside to this mason jar process. It’s definitely messier. When switching between jars, expect to have a bit of melted ice cream end up on the counter top. Thankfully, we have a quicker solution for that, too.

There is a new paper towel on the shelves at Walmart that has Dawn dish soap built in. Bounty with Dawn paper towels combine an ultra-durable paper towel with a grease-fighting dish soap. These new paper towels are designed to act as a dishcloth and are perfect for projects that are extra challenging. As a bonus, you can just rinse them out and reuse them to get the rest of the mess!

I don’t know about you but I hate cleaning up after bacon or spaghetti because it always stains my dish rags! These new Bounty towels are so easy to use that messes don’t seem so annoying. All you do is take a towel, rinse it, wring it out then use it. We cleaned up the milkshake mess in a snap. I even turned around and cleaned up the stove from dinner the other night. We had a huge dried-up splatter mess that I just didn’t feel like expending energy on until now. I’m not dreading the next time we make spaghetti, either! They aren’t just for the kitchen, either. We’re getting ready to travel these will be handy to clean the reusable mugs we take with us!

Now that you see how simple this is, are your taste buds watering for a milkshake? Grab some pint mason jars from Walmart, pick up some ice cream and mixings of your choice, invite some friends over and have a milkshake party. Just don’t forget the Bounty with Dawn to clean up the mess.

Are you like me and avoid certain recipes or craft projects just because you hate the mess?