The pandemic has really thrown us a curve ball. Our summer was supposed to be filled with trips to game conventions where Hues and Cues would be promoted mixed with college visits for Madison to make an informed choice on college. Instead, we’ve found ourselves improvising on how to engage with universities and finding other ways to promote the game. But as emotionally difficult as it has been to deal with this situation, not all is lost. We’ve spent time doing other things like remodeling the bathroom. The girls, on the other hand, have decided they enjoy spending time in the kitchen. They’ve been making mug cakes, helping with dinner, learning to make bread with my mom and even getting creative in baking pies. Madison is a huge fan of pumpkin pie and despite lacking graham crackers, she pivoted and used Pumpkin Spice Cheerios to create the pie crust. 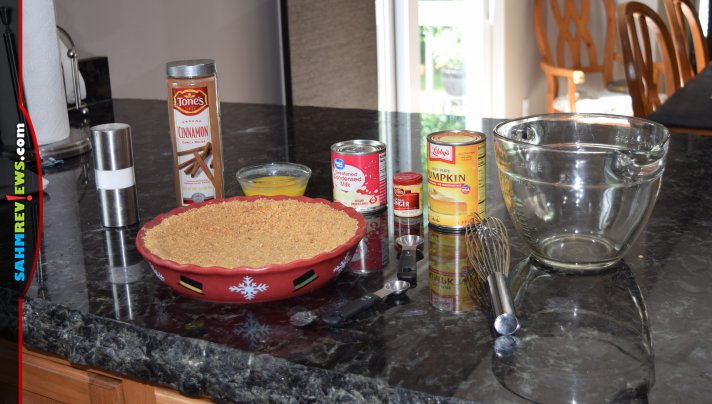 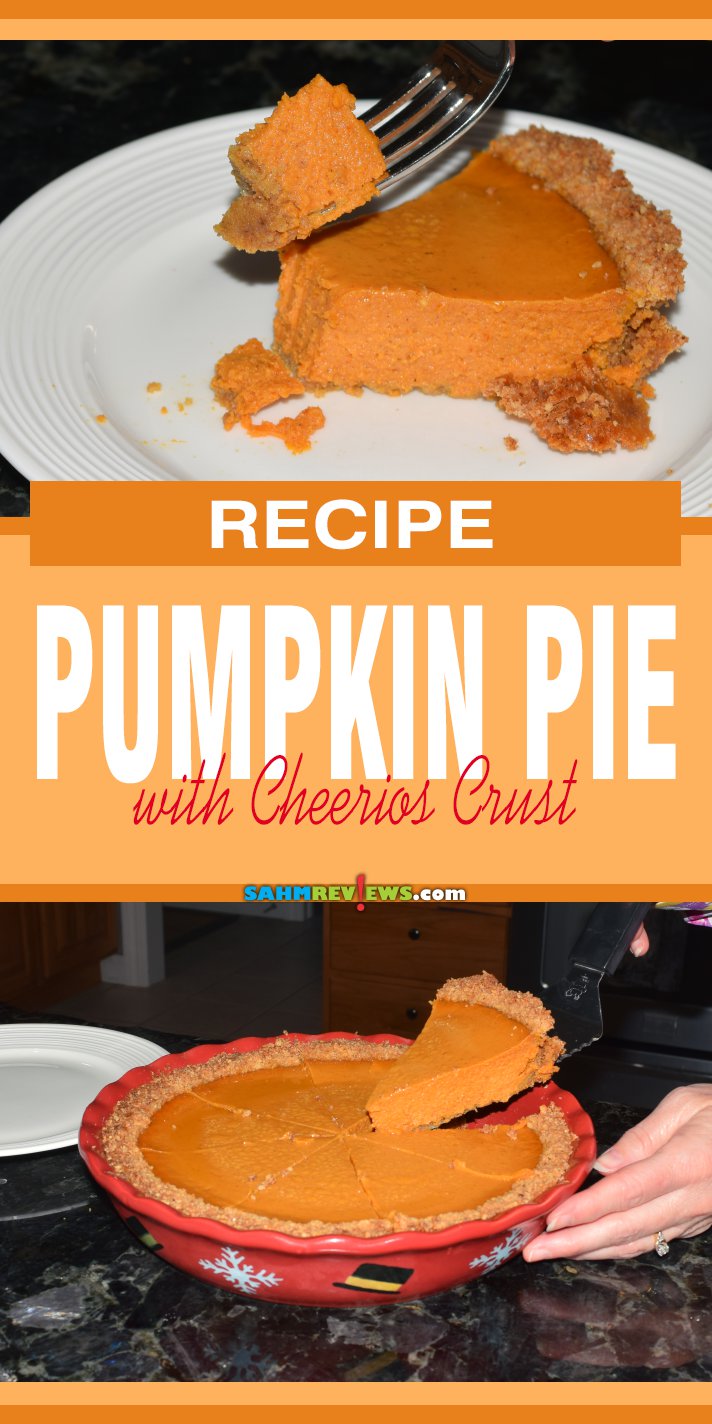 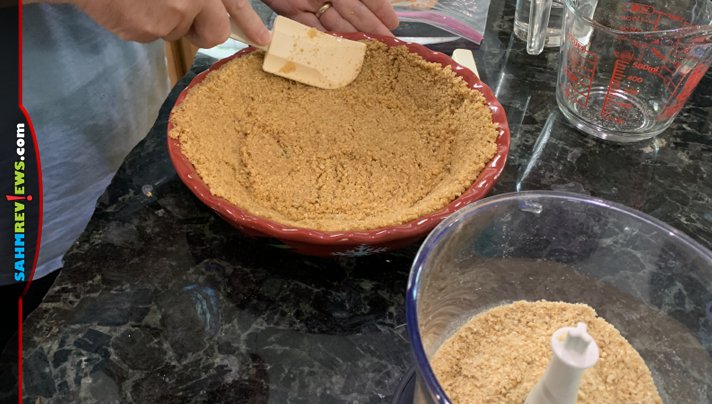 Add Cheerios to a food processor and run until roughly ground. You could also achieve this by placing them in a Ziploc and grinding with a rolling pin. You’ll want to crush them enough to be small, but not so tiny that they resemble flour. Mix them together with the sugar, cinnamon and butter until it is uniformly coated. Using a spatula or plastic wrap, firmly press into a 9″ pie pan. Don’t have a 9″ pan? Use whatever you have. Cover with plastic wrap and place in the refrigerator for an hour to chill and set up. 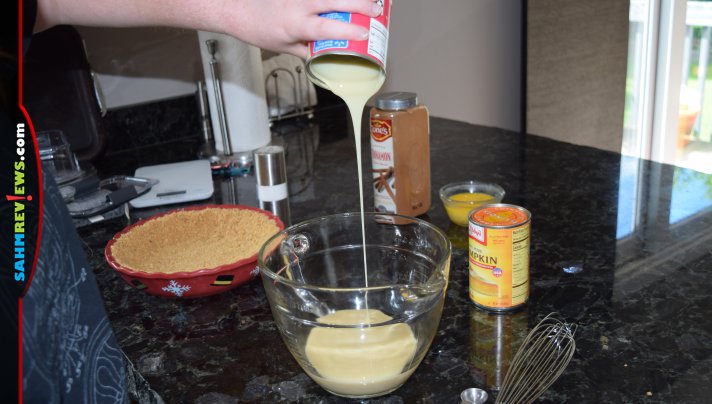 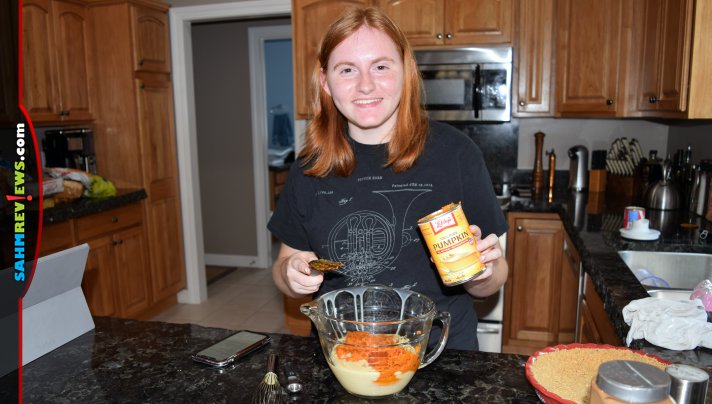 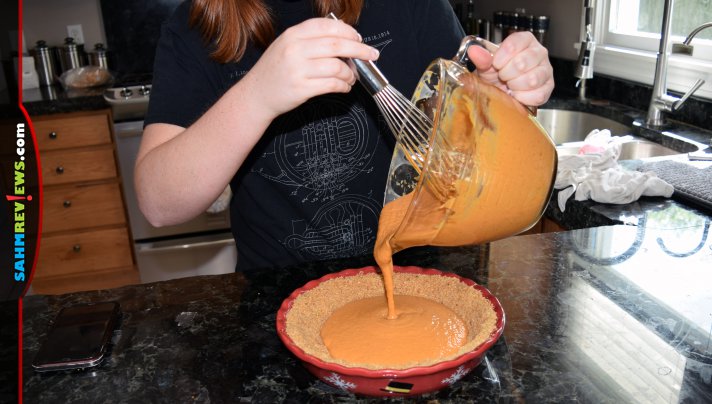 Once everything is thoroughly combined, remove the chilled crust from the refrigerator and add the filling. Bake for 15 minutes then reduce the temperature to 350 and continue to bake until a cake tester comes out clean. This will be approximately 30-45 minutes, depending on the size and material of your pie pan as well as your oven. 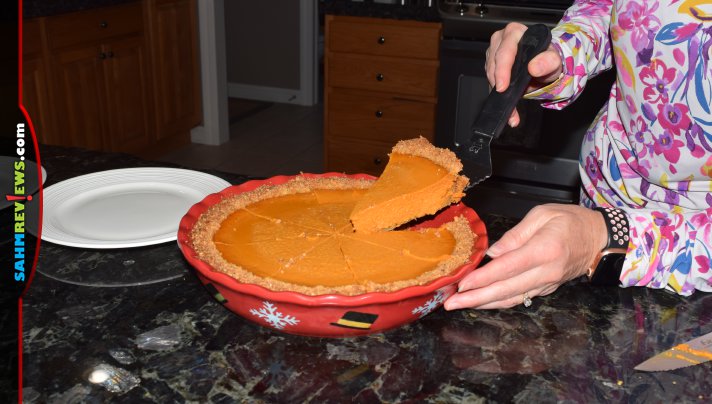 Once you’ve removed it from the oven, allow it to cool before serving. This is especially important if you’re adding whipped cream to the top. If. That’s funny. I should have said let it cool so the whipped cream you’re adding doesn’t melt all over the place.

We used Pumpkin Spice Cheerios to give a little extra flair to a regular pumpkin pie. You could use other flavors of Cheerios as a substitute for other types of pies that call for a graham cracker crust. Apple Cinnamon, Chocolate, Chocolate Peanut Butter, Blueberry… Oh, the choices! Let us know if you’ve tried this with other recipes and what you thought of it.

What flavor of cereal do you think would make a tasty alternative to a graham cracker crust?