What exactly defines the difference between a toy and a game. In my mind a toy is something usually played solitaire – maybe building something with bricks or using during imaginative play. Toys don’t usually pit participants against each other in competition. They are simply the props for an afternoon of entertainment.

When I mention board games, most people think of a family game night moving pawns or rolling dice. Not only has the game market matured in recent years to include everything from poker variations, cooperative games, role-playing adventures and numerous dexterity-filled titles, the lines dividing a toy and a game has become blurred. That’s exactly what we discovered when playing Pitch Car by Eagle-Gryphon Games for the first time. 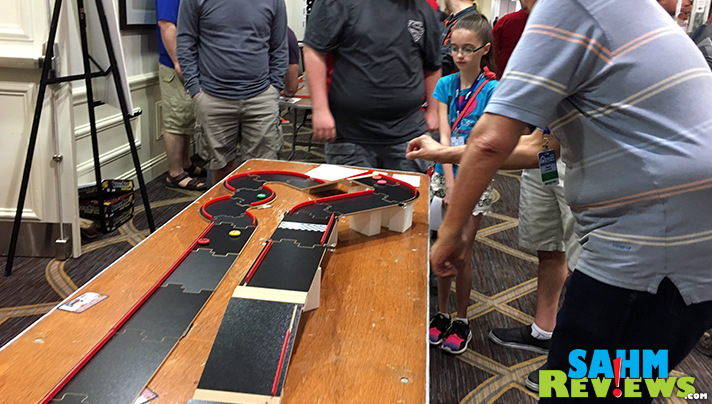 Last May we attended Geekway to the West where my girls insisted on entering their annual Pitch Car Tournament. Although they had never played before, we had seen a number of YouTube videos about the game and the chance of playing a super-duper-deluxe setup at this convention (with tournament rules!) was an opportunity we could not pass on. Although neither of them made it past the first couple of rounds, they finished with a new respect for the skill and planning needed to be a successful Pitch Car champion! And of course a new item on their Christmas wish list. 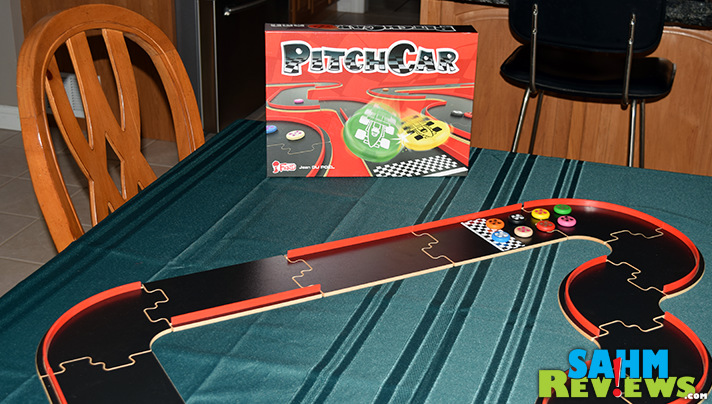 Pitch Car isn’t brand new to the market, having been originally issued in France in the early 2000’s. Only recently, thanks to a distribution agreement with Eagle-Gryphon Games, has the popularity in the US begun to grow. Known for their high-quality components and excellent game play, Pitch Car is a perfect fit into Eagle-Gryphon’s lineup of family-friendly game titles. 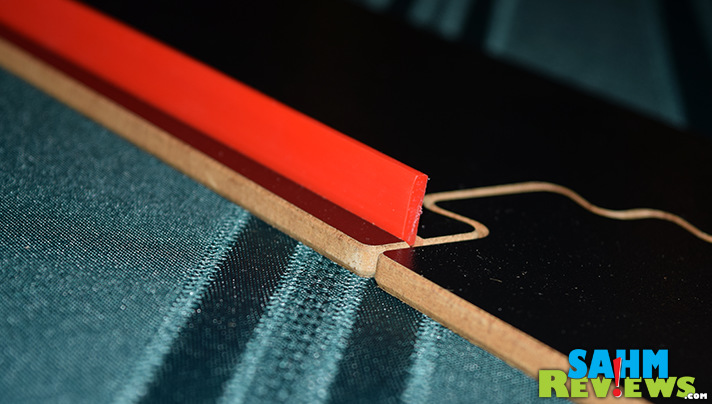 The first thing you’ll notice when unpacking your copy of Pitch Car is the weight of the box. This is no cardboard board game, the entire track is made from 1/4″ MDF, printed on one side to simulate a Formula 1 race course. A groove on each piece supports a plastic safety barrier to help keep the cars from leaving the track. 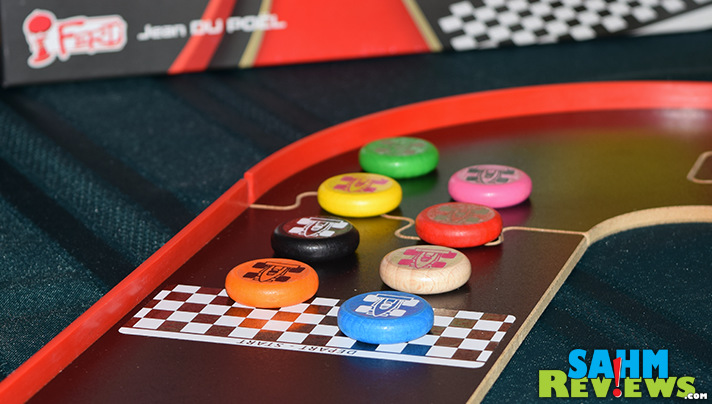 The premise is very simple – be the first car to complete three laps around the track by “pitching” (flicking with one finger) your wooden disc around the course. You may only use one finger and flicking by resting a finger against a thumb is not allowed. 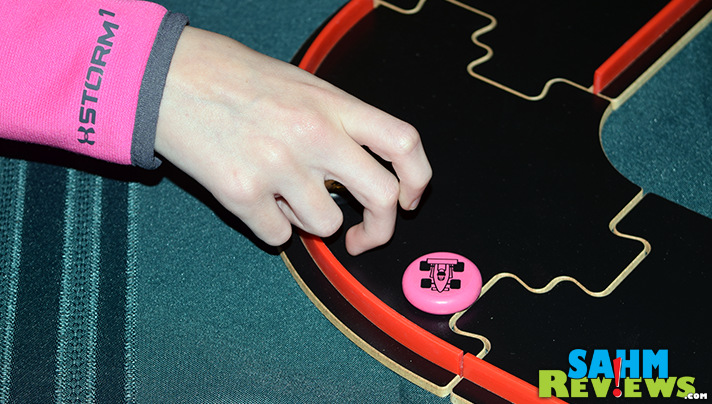 If your car leaves the track it is put back to where the turn started. If you knock someone else off the track, you both go back to your original position. If you flip your car (disc) over, again you’re returned to the beginning of your turn. As you might have guessed, these rules are in place to prevent Pitch Car from becoming just a “who can pitch the hardest” game. Finesse is crucial, since it only takes a handful of turns to complete a lap. Losing a turn by going off the track will certainly put you in the back of the pack! 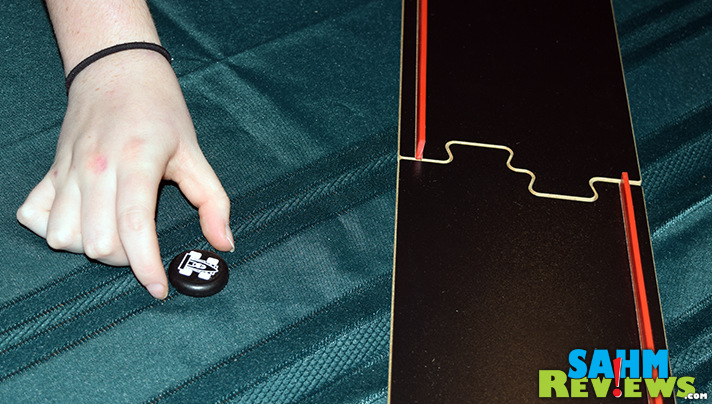 The rule pamphlet in this basic box includes suggested layouts for nearly a dozen different tracks, but you are limited only by your imagination. Once you master these courses, a number of expansions are available which add crossovers, ramps & tunnels, taking Pitch Car three dimensional! We’ve even seen custom-made pieces by hobbyists that really ramp up the difficulty of the course! 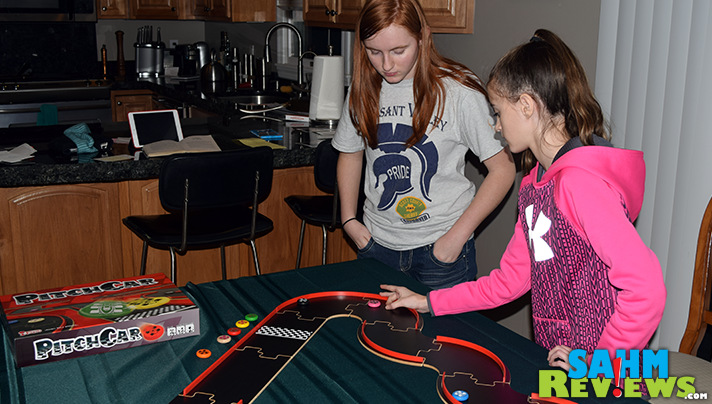 Don’t be put off by the average price of around $75 on Amazon. This is a well-made game that should last you decades. Every year Eagle-Gryphon Games also has a huge holiday sale, so you might be able to pick it up directly from them for even less! Make sure you’re following them on Facebook and Twitter so you’ll know about it the minute it goes live! There’s even a mini version that is perfect for travel!

Have you ever played a flicking game like this or our previously featured Flick ‘Em Up?