I know I’ve mentioned before that we usually pass on word games when we’re out shopping at our local Goodwill. They’re typically not ones that can be played as a family since some, usually the adults, will have a greater vocabulary and thus have an advantage. We’ve made exceptions for very old versions of Scrabble since the wooden tiles are pretty cool and seem to be in demand on eBay for replacement parts.

This week we again made an exception when we found a copy of Pressman’s Decipher game. Looking it up online we realized it was still in print and offered for sale at Target, so it must have been a decent title considering ours was issued in 1972! And at only $1.88, it wasn’t that much of a risk. 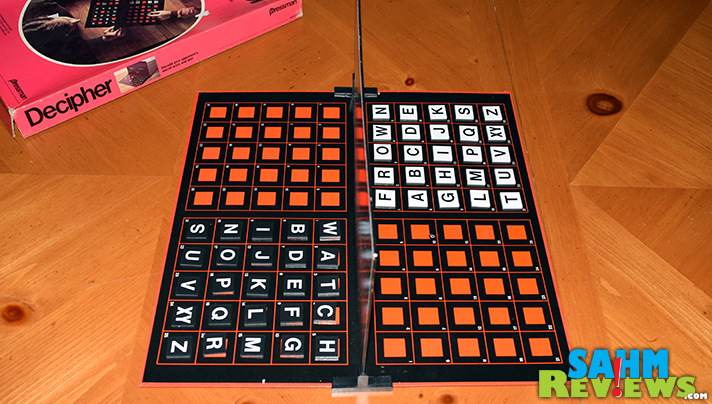 Decipher turned out to be a fun little word game that challenged us in a head-to-head competition to figure out what word our opponent had created. Each player has a pool of 25 letter tiles, A-Z (XY are on one tile). From those tiles each person creates a five-letter word in secret and places it in the 1-5 spaces on their board. 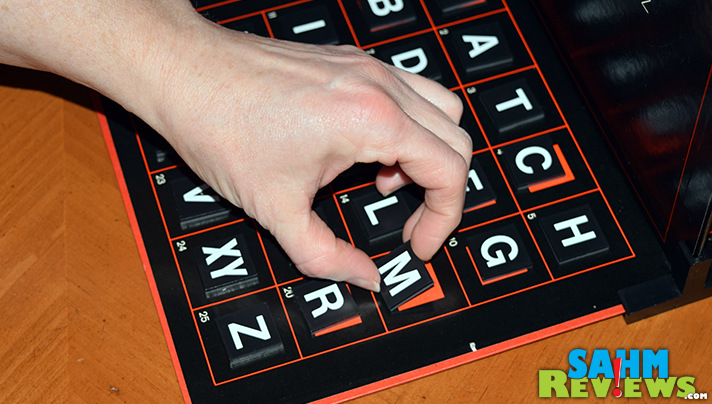 The rest of the tiles are then placed in spaces 6 through 25 in alphabetical order. On each player’s turn they will request a letter tile by calling out one of the spaces (6-25). Their opponent will hand you their tile from that spot and you’ll put it in the matching space on your side of the divider. Your job is to use these clues to determine which letters your opponent used in the making of their word. 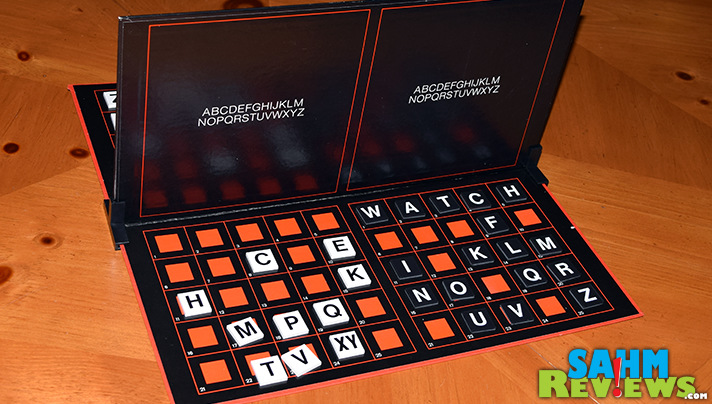 But remember, this is a race. Each player can guess once at the beginning of their turn before requesting a tile. You’ll need to narrow down the possible letter choices and then unscramble them to complete the correct word! Obviously, if your opponent is smart enough to choose a word that can be rearranged to make other words, your task will be much harder! 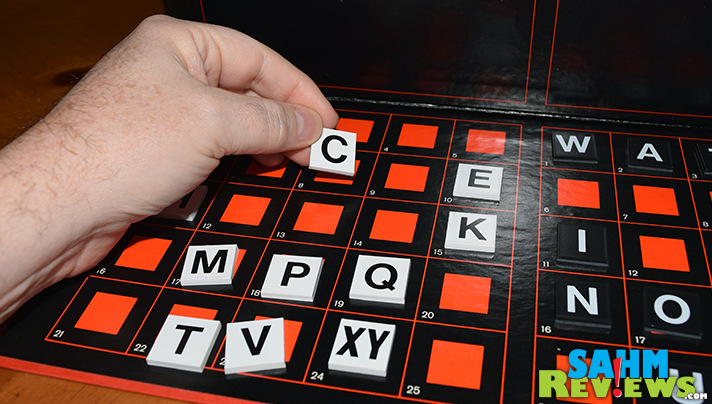 There are two ways to play Decipher – with and without a pen and paper. Without forces you to visualize the letter combinations in your head, while using a pen and paper will certainly make it a lot easier to decipher the mystery word. The first person to correctly guess the other player’s word wins the game! 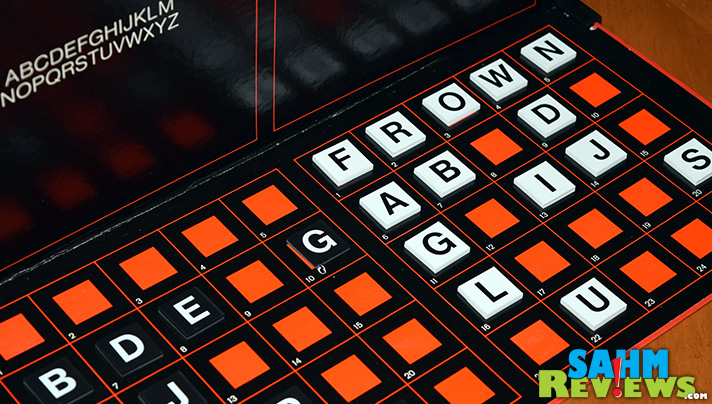 Our final judgement was that it was $1.88 well spent. Decipher reminded us a lot of Mastermind, one of my childhood favorites. And because each player is limited to only a 5-letter word, it does even the playing field for players of all ages. Find a copy for yourself on Amazon or at Target for only $14.99!