We’re all dying. It’s a somber thought, but an accurate one. And a topic most don’t like to discuss in public. I know my days on this planet are numbered. Hopefully it’s still a rather large number! But I am at an age where my mortality stares me in the face every day as joints start to ache, hair grows in odd places and the kids beat me at every single dexterity game we play together.

I should be ashamed. Here I am in my late 40’s and I don’t have a formal will in place. Not that I’m too worried about who gets what, but mostly for instructions on what to do with my body once I’m done with it. In the U.S. there are pretty much two choices available: bury me in a local cemetery or have my body cremated and the ashes interned or spread somewhere cool. My dad always wanted to be cremated and put in a glass urn (with googly eye inside) so he could “watch out over everyone”. We granted half of his wish – he was cremated, then we stuck him in the ground. 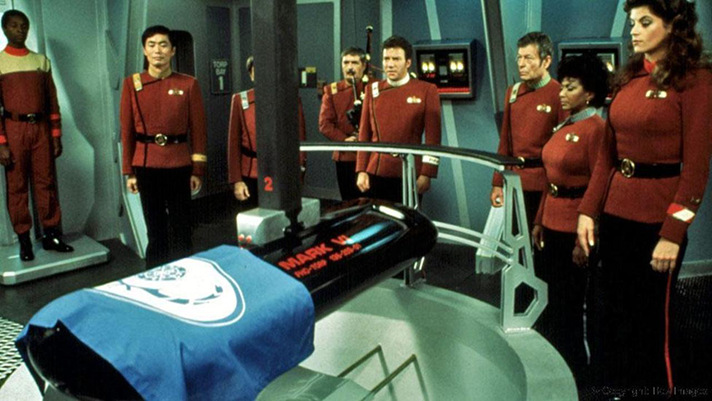 It’s interesting to me to learn about how other countries and cultures handle the remains of their deceased. We’re all familiar with the tombs in Egypt and have heard of burial at sea (not to mention the famous Star Trek scene where Spock is ejected from the Enterprise during The Wrath of Khan movie). Some cultures employ a natural burial, where the body is returned to the earth to decompose naturally with the soil. Others heavily preserve the remains (mummification, embalming, etc.). Many allow the inclusion of personal effects such as fancy clothes, jewelry, photos and personal letters. Each method is done with respect to the deceased and meant to honor the memories of their loved ones.

But more than just burial preparation, the location, placement and position of a body differs widely with religion, local customs and personal wishes. In Gulliver’s Travels, the Lilliputians buried their dead upside down. Historically, Christian burials were made face-up laying east-west with the head at the western end of the grave. In Islam, the grave is aligned perpendicular to Mecca with the face turned to the right and facing Qibla. 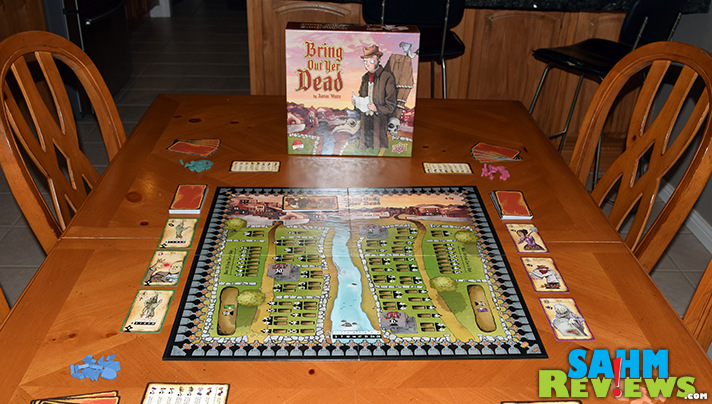 So how can the subject of death and the funeral preparation become a topic more easily discussed? I have found the answer. Upper Deck Company (you may know them if you’ve ever collected baseball cards) has released a game called Bring Out Yer Dead. The entire premise of the game is to decide where to bury your deceased relatives! Now before you turn up your nose at the idea, let me assure you, it is hilarious. 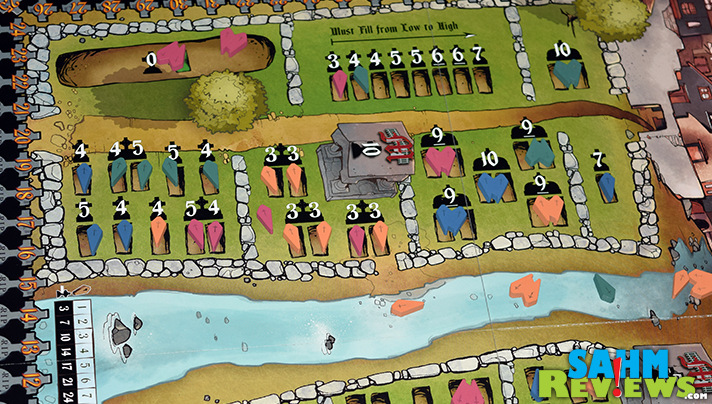 Each player is an heir to their family fortune. Problem is, they’re last in line. In order to get their share, they must bury their relatives in the city cemetery in the best plots. We’re huge fans of games with cute custom meeples or pawns, but this is the first time we’ve ever seen a game include wooden coffins as your playing pieces! Very nice touch! 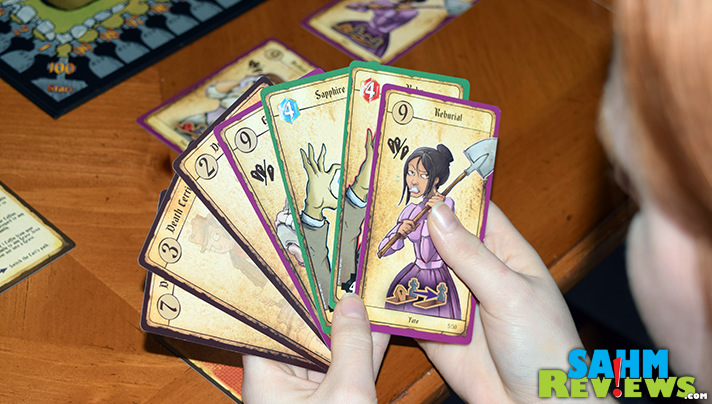 All players work from a similar hand of cards used for bidding. Each card awards an action and are resolved in order from lowest to highest. Some cards award you with more powerful “Fate” cards, while the majority allow you to give your coffins to the gravedigger. 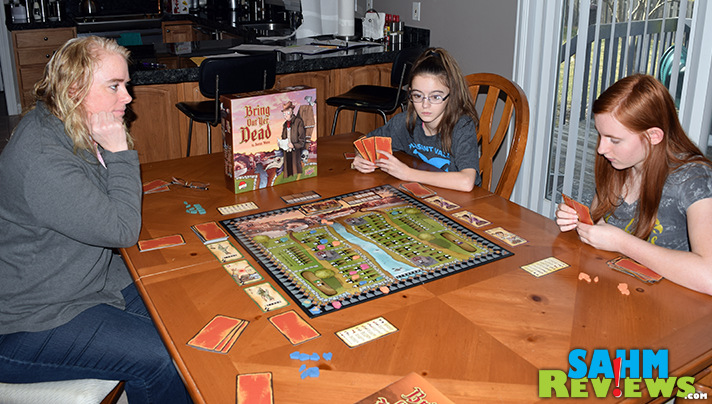 But the Bring Out Yer Dead gravedigger can only handle so many coffins per day (determined by a new card drawn at the beginning of each round). If the players try to load him up with more than he can handle, your relatives might end up being “thrown in the river”. Not a very pleasant resting place and one that gives you penalty points at the end of the game.

Once the gravedigger’s cart is full, the coffins are laid to rest in the plot of the player’s choosing. Each spot is worth a different amount and some areas of the cemetery have bonuses for whomever has the most relatives in that section. Adding to the difficulty is the fact that the gravedigger can only bury on one part of the cemetery per day, decided by the start player. So if you’re trying to put all of your family in one section, another player might prevent that from happening by making sure the work is being done on the other side of the river that day! 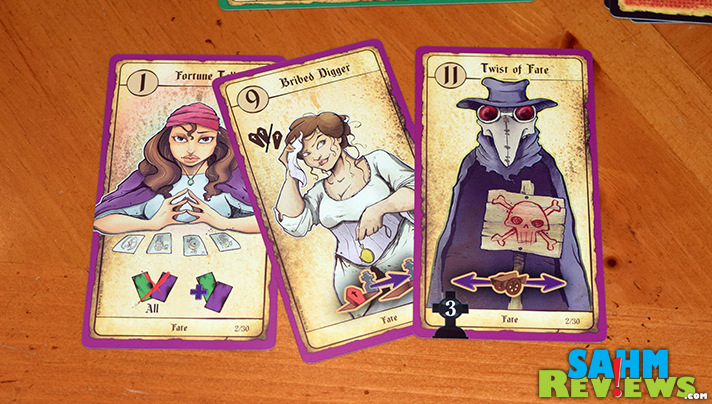 Bring Out Yer Dead is played over a maximum of eight rounds, bringing the total game to just under an hour at most. It is much more than just an area control game with the addition of both “Fate” and “Treasure” cards that add a ton of chaos and unpredictability to the game. Some of these cards even allow you to dig up graves and re-bury them elsewhere! Tell me another game that has THAT feature!

Don’t let the theme scare you off, Bring Out Yer Dead is a funny take on that subject that no one likes to talk about. Just don’t get too attached to your family because before you know it they’ll have you floating down the river or be burying you in the mass grave!

Dig up your own copy of Bring Out Yer Dead on Amazon for quite a bit off the MSRP of $50 or check it out at your local game store. Make sure you’re following Upper Deck on both Facebook and Twitter to see what else they’re working on game-wise. Let them know you want to see more of their products featured on SahmReviews!

Don’t you think a baseball-themed board game would be the perfect title for them to create?

9 thoughts on “Bring Out Yer Dead Board Game Overview”