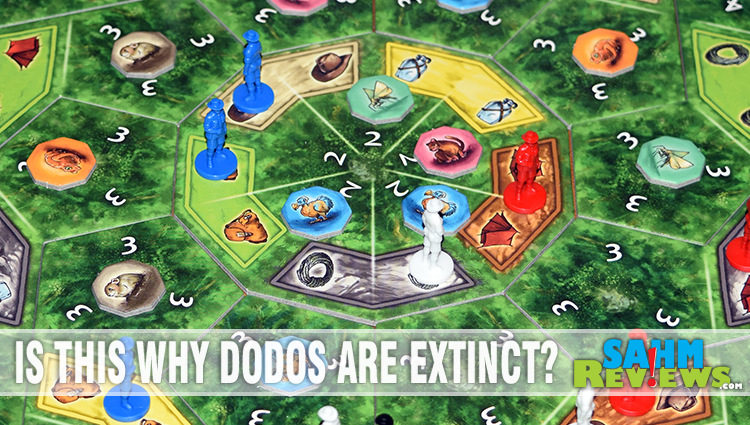 A few weeks ago I saw some sad news being shared across my social channels. In a time of political chaos, any story that wasn’t related to that was worth reading if nothing more than a distraction. I shouldn’t have. The story involved the stranding of almost 100 false killer whales on a Florida coast. Over 70 died before marine rescuers could get the remote location in the Everglades. Some were euthanized while others were MIA. The creatures aren’t whales at all, but rather a member of the dolphin family that shares many characteristics of killer whales. The situation made me read more and I discovered that they were first referenced by a biologist in an 1846 book and thought extinct until a pod was spotted in 1861.

Reading about endangered and extinct animals is sad, but a simple reality. So what do I do? Play a game about it. La Isla by Ravensburger is about the search for five long-believed extinct animals including the Dodo, Golden Toad, Owlet Moth, Giant Fossa and Sardinian Pika. Some you may have heard of, others you may not. Look at that… another game to use for teaching something! 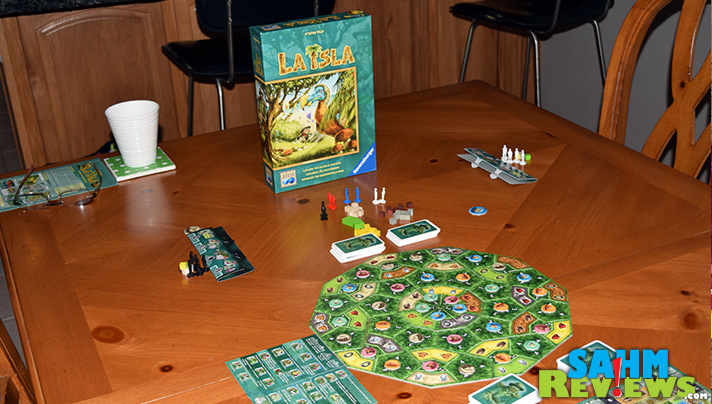 When we play against the same people over and over, those who have previously played a game have a couple advantages. Games such as Costa Rica, Gold West and Luna that offer a modular playing field add an additional layer of diversity to the game. La Isla falls into that category with 10 interchangeable windmill-shaped pieces and random population of starting pieces, creating hundreds of thousands of combinations for initial setup! It shouldn’t come as any surprise that we like this since it is designed by Stefan Feld. You’ve heard us highlight his games more than once before! 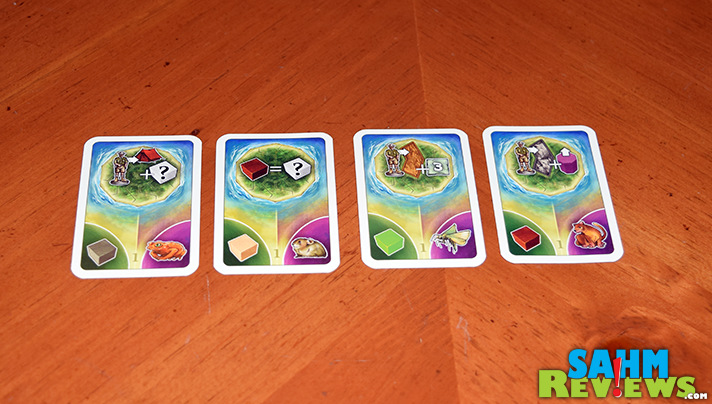 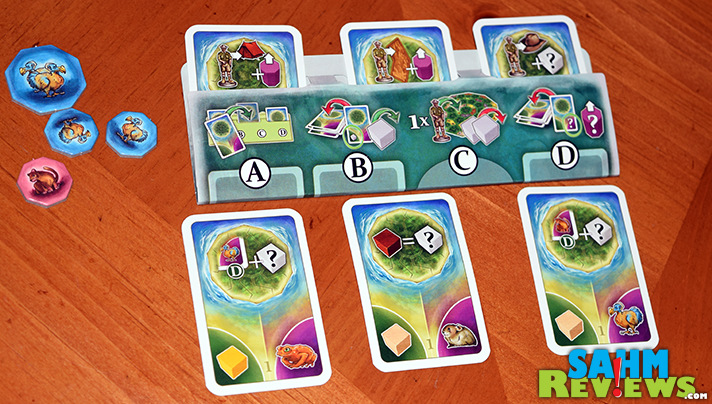 Once players have determined how they want to play their cards, the action phase begins. All players are given the opportunity to utilize up to 3 bonuses per round. These bonuses include the ability to score victory points, earn an extra resource or explorer or decrease the resource requirements for a particular exploration action. What actions they selected with their cards will determine whether they are able to take advantage of those bonuses or not. 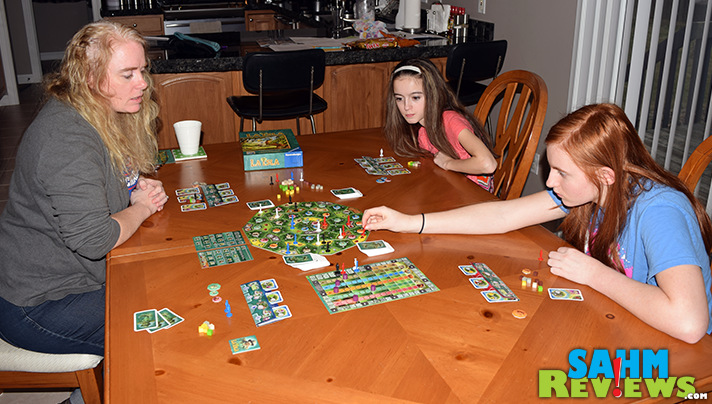 What does all that mean and why does it matter? Because you need resources and people to corner the creatures on the board. In order to place an explorer (during “C” of the action phase), players need to have two resources matching their particular color. To claim a creature tile, a player must have explorers on all the surrounding lands. If the three cards you grabbed don’t have that color, well, you won’t be catching the creature so easily! It’s a careful balance between which card to select as a slot A bonus and which as a slot B resource. 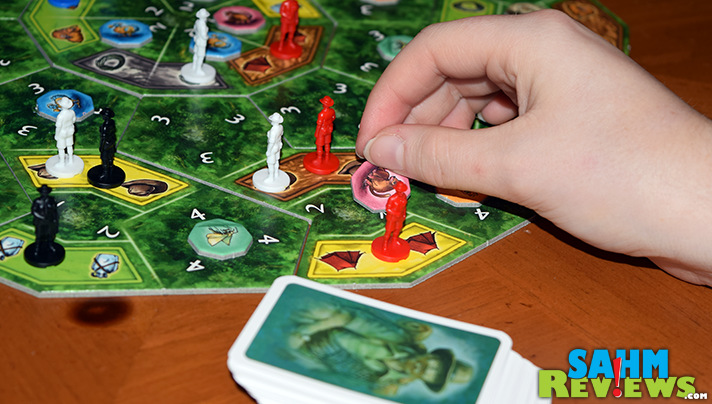 Players are racing to capture the creatures they think will score them the most points. But how exactly is that determined? Points are scored using the card played in Slot D of the action phase. Players score victory points equivalent to the number of creatures they have captured matching the card they are playing. If a player hasn’t caught any Dodo birds, then playing a Dodo bird during this final part of the action stage won’t net any victory points. Each player scores victory points based on the individual card they submitted for part D. When the game reaches the predetermined ending point, final scores are calculated based on how many of each individual creature players caught with a multiplier of where the pegs ended up on the board.

There are a lot of layers to the game but it isn’t as complicated as it sounds. There are strategic nuances, definitely, but younger players could easily pick up on it with some guidance from adults. With the versatility of the starting board and the variety of potential bonuses, no two games will be the same keeping this far from disappearing from our game table.

You can pick up a copy of La Isla on Amazon for $22 but it’s currently extinct from the Ravensburger website.

Have you ever gone to a zoo or habitat to see a creature on the endangered species list?