For all the complaining I’ve done about word games, I seem to forget that one of our family’s favorite games in the 70’s was Boggle. We had both the regular and Big Boggle versions, and I recall playing it as young as eight years old and then well into my teens. I don’t know if my parents took it easy on my brother and I when we were younger, but once we were in our early teens we gave them a run for their money.

This week we found a game that is the member of the Boggle family which we had never seen before. Boggle Bowl was a late-comer from Parker Brothers, only being published once in 1987. It’s still a word-based game, but gone is the plastic shake-em-up container, and in its place is a custom 3-D plastic board! 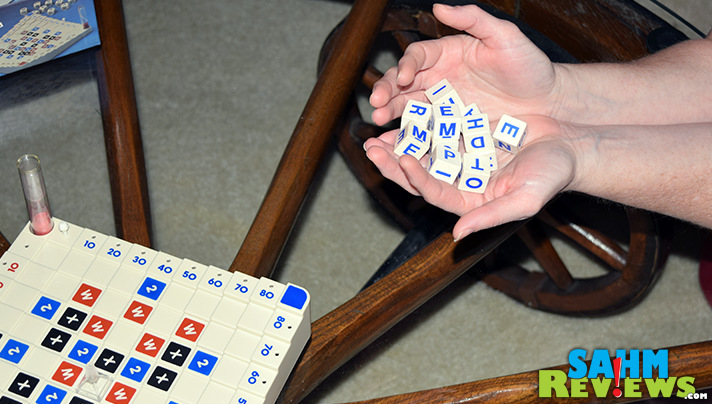 Boggle Bowl is played by two players (or two teams) and each group has their own set of eleven color-matching dice. Played over a number of quick rounds, each team rolls their dice and tries to make the longest word they can from the results. Once you think you have the longest you can make, grab the included 10-second timer and turn it over. Once that runs out, the round is complete. 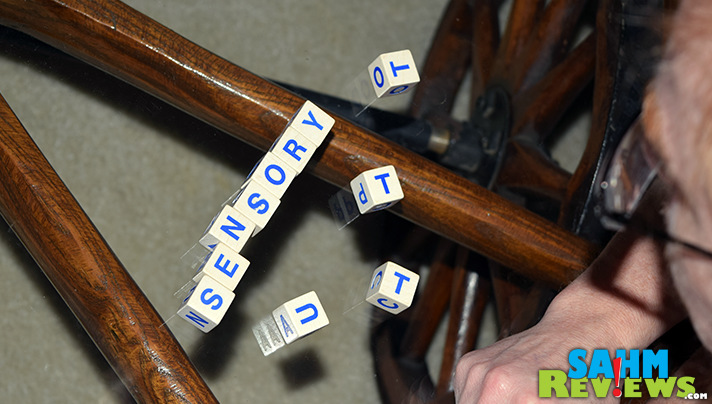 The team with the longest word moves the center token a number of spaces towards their side of the board equivalent to the difference between their word and the other team’s. Each team is trying to score 100 points to win, so moving towards the higher point totals is obviously the goal, even if it is a longer path.

The new location of the token might have something printed on the board underneath it, and this sets the rules for the next round. A blank space and you are simply trying to make the longest word. If the space has a “W”, you can make one or more words with your score being the total number of tiles you are able to correctly use. 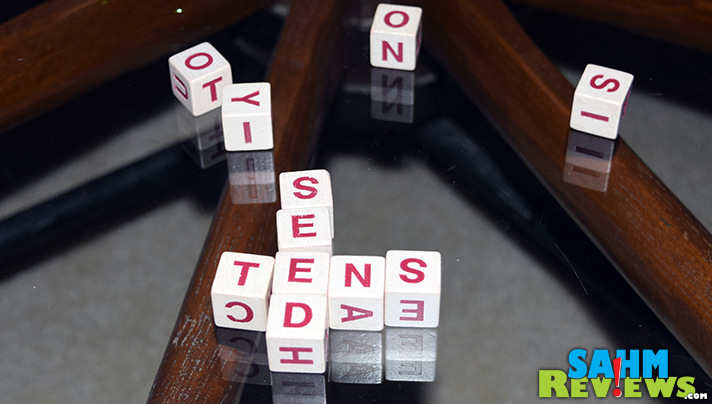 A “2” on a space denotes a two word limit (again, use the total number of tiles to determine your score). When there’s an “X” on the spot you must make two words that intersect crossword-style! As in Scrabble, proper names, hyphenated words, contractions, abbreviations, single-letter and foreign words are not allowed. 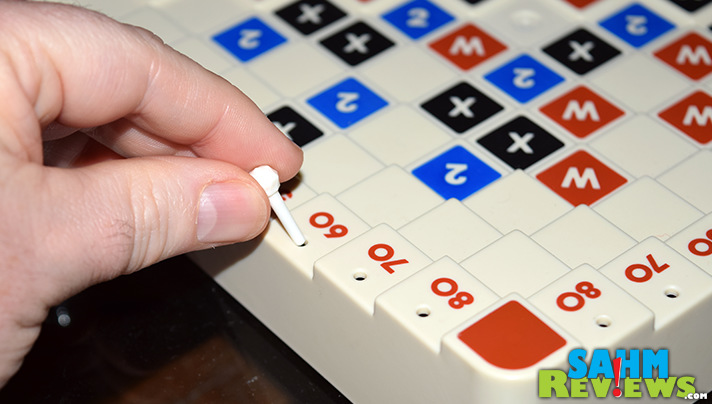 Once the token reaches an edge, that team scores their points and the token is returned to the center. The game continues until one team has at least 100 points!

Boggle Bowl was fun for a game or two, but we can see why it only had one printing. Games can drag out since the token might move back and forth constantly if you have evenly-matched teams. A different type of scoring method might be in order to give the game more legs, but at $1.88 at Goodwill we still got our money’s worth.

You might still find copies on eBay for reasonable prices (around $12 shipped) or maybe you’ll luck out at thrift like we did. If you haven’t played the original Boggle game, we recommend downloading the iOS app and give it a shot – it’s still a favorite of ours for when we’re travelling!