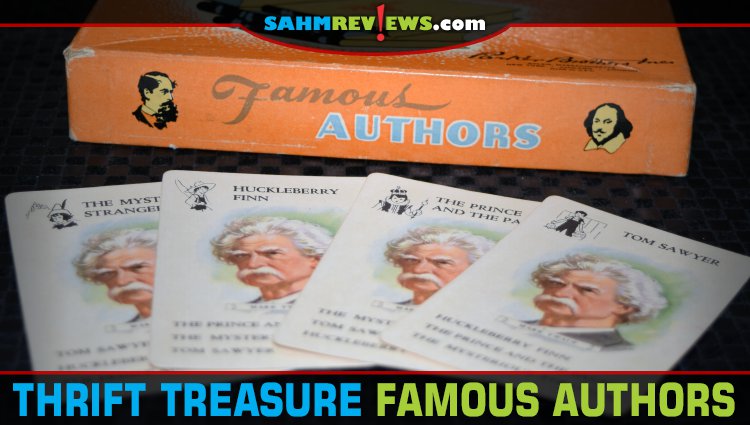 What’s one of the first games you remember playing? I have vivid memories of Boggle, Candyland, Chutes & Ladders and Monopoly from my youth. My parents also taught us War, Rummy and Poker with a regular deck of cards. But there’s always been one card game I had vague memories of and didn’t know what it was.

It turns out the answer would be found at our local Stuff Etc. this week. Back in the clearance section sat an old copy of Famous Authors by Parker Brothers. And because it had remained unsold at the store for so long, it was marked down to only 40 cents! I instantly recognized the cards and couldn’t get it into my cart fast enough.

The copy we found has a copyright date of 1943 on it, making it older than my parents! However, this is nowhere near a first edition as Famous Authors was originally published in 1861 as The Game of Authors. What made this find so unique is the inclusion of an old Milton Bradley advertising brochure, probably from the late 1950’s. 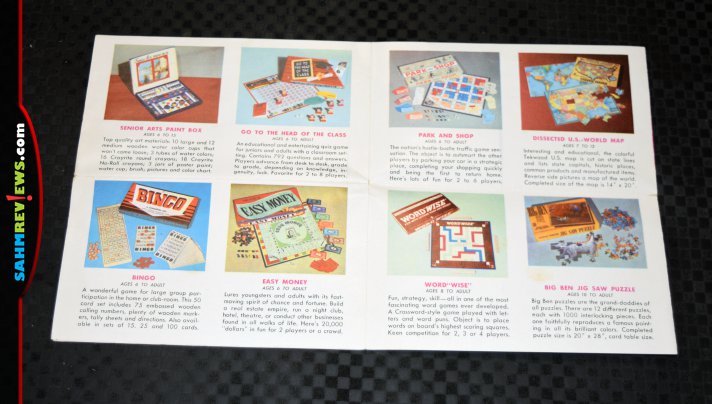 Famous Authors features a deck of 52 cards comprised of thirteen different writers of fiction. Designed for three to five players, shuffle and deal out the entire deck to all participants, even if this means some players have more cards than others. 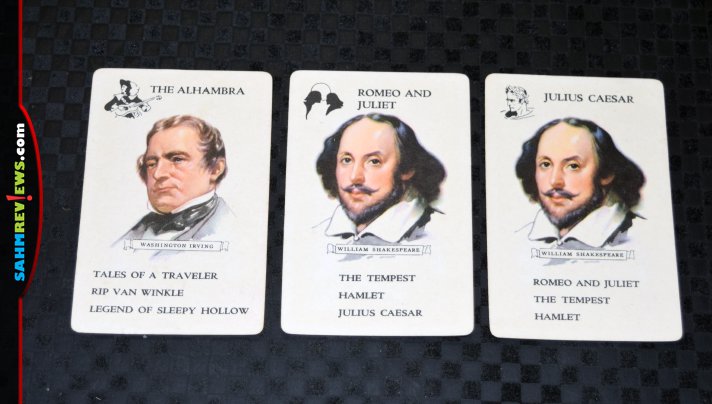 The object of the game is to be the person to collect the most sets of four matching authors and plays similar to Go Fish. The active player will ask any other person if they have a particular card. Instead of asking for a number, as in Go Fish, they will ask for a specific author AND book or poem name. The name of the current card is printed at the top, while the others in the set are displayed underneath the author’s portrait. 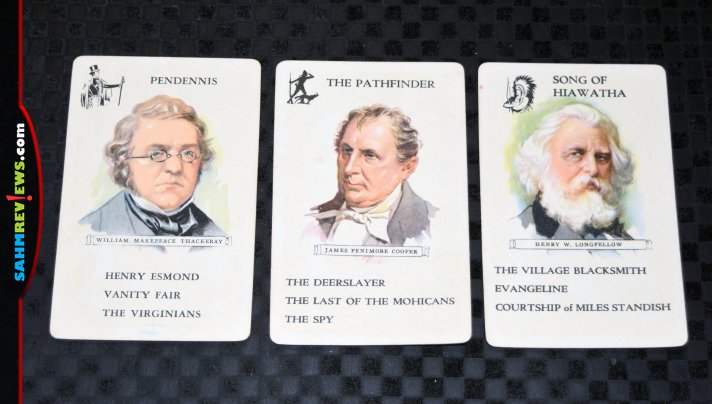 If you successfully collect a card, you immediately get to take another turn. Otherwise, turns pass to the next player in clockwise order. If a player accidentally asks for a card which they already have, they must forfeit all of the cards of that author they hold to the player they asked. Once a complete set of four are formed, they are revealed and set in front of the owning player.

If someone runs out of cards, they cease play and everyone else continues until all thirteen sets are collected. The player with the most sets at the end of the game is the winner! Ties are broken by playing again! You’ll find lots of different copies of this vintage game on eBay, just make sure they are complete before making your purchase!

What is the oldest game you remember playing?