We’ve had this week’s Thrift Treasure sitting on our shelf for quite some time now. Over four years to be exact. The $1.88 Goodwill sticker was still on the box lid when I dusted it off the other day and gave away its age by the pre-printed date code. I must have picked it up without checking the contents very closely. While at first glance it appears complete, upon deeper examination I discovered that the sand timer had been replaced. Sadly, the previous owner didn’t pay attention to how long the timer was supposed to run and just threw a random one into the box. It was supposed to be a 10-second timer and this one runs a full two minutes – quite a difference.

Razzle probably sat on our shelf for so long because word games are not among our favorites. Adults have an obvious advantage due to their broader vocabulary. We try to look for games that have us on almost-even playing fields, and of course the kids have the advantage in dexterity games. This Parker Brothers title from 1981 pits two people head-to-head, making it much easier to find two evenly-skilled players to give it a whirl. 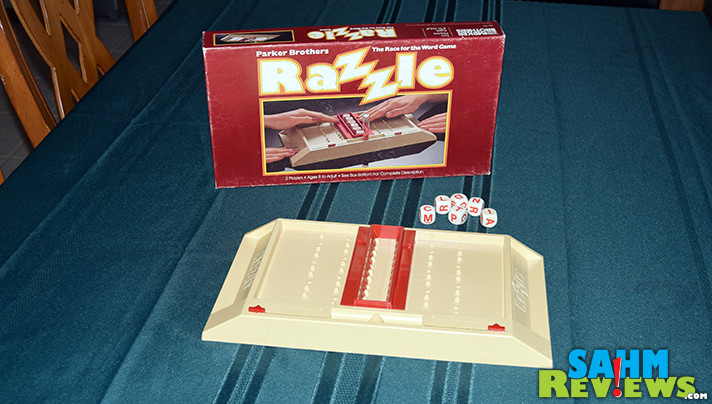 Razzle includes six letter dice, a timer (oops) and a plastic game board. The six dice are placed in the sliding tray and each player shifts it forward once or twice to “roll” the dice. The board has tiny plastic pegs protruding from the base that cause the dice to change as they are slid back and forth. Once the tray is set back into the center of the board, it is time to begin. 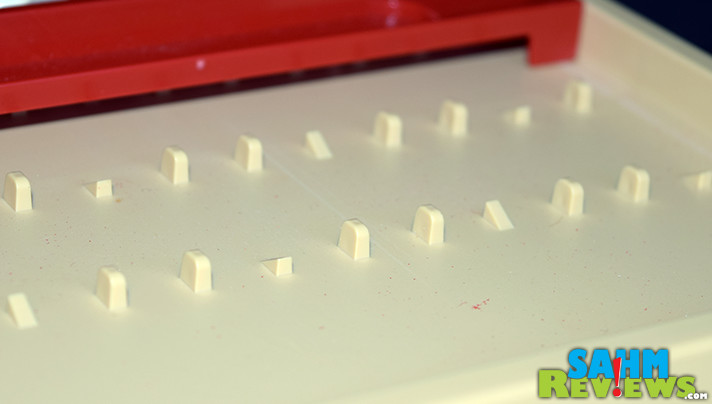 Each player rushes to discover and call out a four-letter word (or longer) and spell it out. The first to do so gets to push the tray one space towards their opponent. Continuing, players now try to find another word and call it out. This continues until one player has pushed the tray as far as it can go towards their opponent. This scores them one point and the tray is reset to the center with the next round beginning immediately. 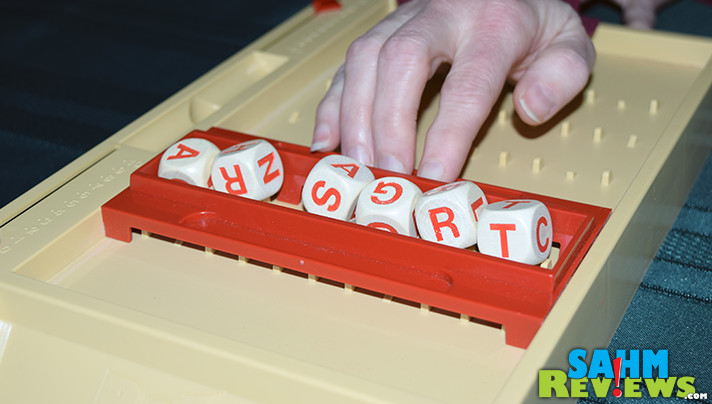 If you look at the dice and think there are no words your opponent can create, you may immediately call out “challenge”. Your opponent then has ten seconds to find a successful word, hence the need for the 10-second timer. We chose to simple count out loud, “One Mississippi, Two Mississippi, etc.”, which seems to heighten the anxiety of looking for a word. If they are unsuccessful, you get to move the dice one space towards them. If they find one, there is no real penalty and they move the tray towards you one space. 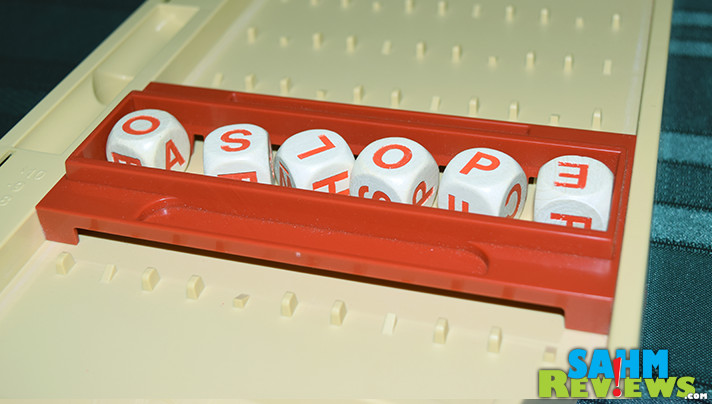 The first player to amass a pre-determined number of points (usually five or ten) wins Razzle! 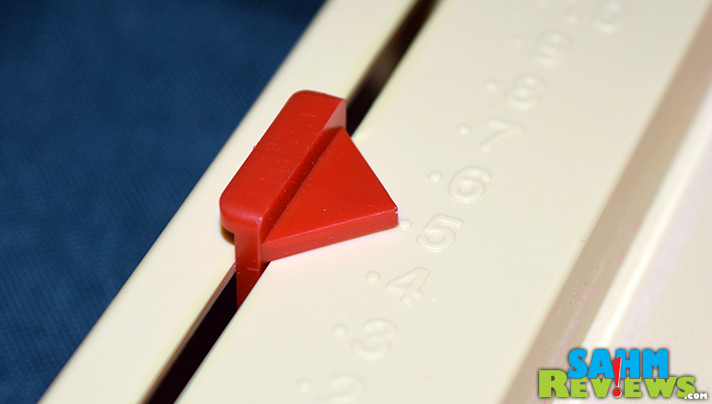 Word games can be difficult enough without the introduction of speed as a requirement. It reminded us of Boggle, but instead of making a list of possible words you only have to find one – and be the first to do so. You could easily recreate the entire game using homemade dice and just rolling them each time as long as you kept score on paper. But since copies are less than $7.00 on eBay, it might be simpler to pick up one from there!