It seems as of late I’ve bought a few games even though they go against my ‘rules’. Normally games that are incomplete, missing rules or in a heavily damaged box are ones I leave on the shelf no matter how badly I need it for my collection. This week I might have bent the rules again…

We were recently in Iowa City for a weekend concert (my daughter plays in the symphony) and had a little time to stop by the local Stuff Etc. chain. If you’re not familiar, it’s a large consignment thrift store about the size of a chain department store. You can find everything from clothes to furniture to kitchenware to…you guessed it…games. But today was something special.

We weren’t prepared for the crowd when we arrived. It turns out that on this particular day every single thing in the store was half price. No exceptions, if it wasn’t already on clearance, it was 50% off the marked price. Which is a great thing when it comes to board games as they typically overprice them a little bit, forcing us to wait 90 days for them to start discounting them. And at this large of a discount, I can be a little less strict about enforcing our game-buying rules. 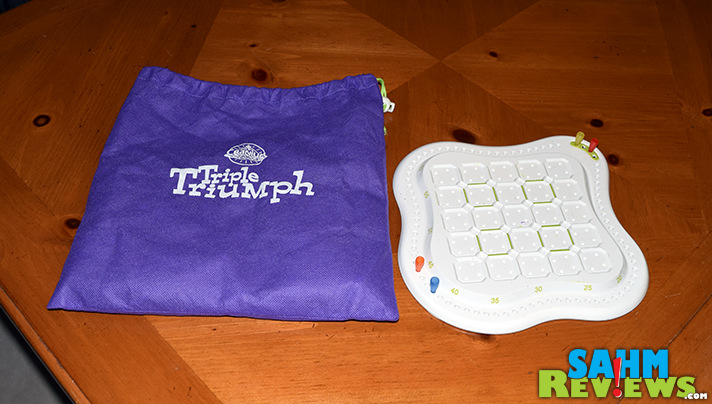 So we picked up a copy of Cranium’s Triple Triumph, even though it had no box at all. We justified this exception because the game comes with its own drawstring bag to carry all of the pieces. While it won’t stack nicely on the shelf, at least we don’t have to worry about losing any of the 60+ components included. 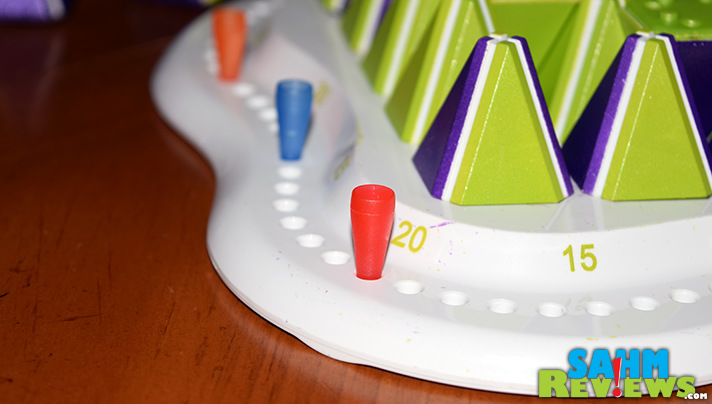 Triple Triumph is a four-player abstract game where your goal is to score as many points as possible before running out of pieces to play (or getting to a point where no valid plays can be made). Each person begins the game by drawing three of the pyramid-shaped pieces from the bag and laying them on the table for everyone to see. 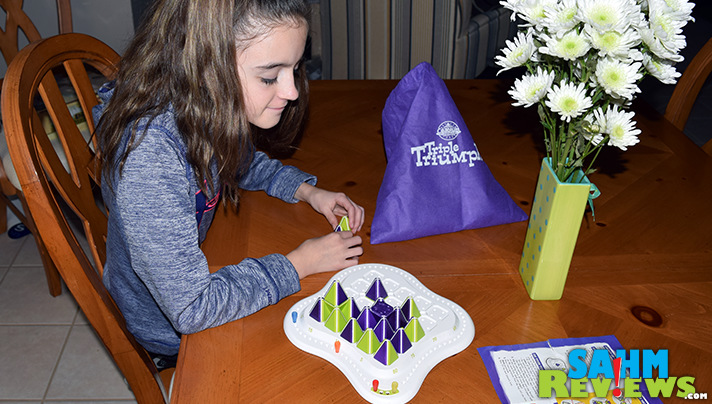 Much like dominoes, on your turn you play a piece (or pieces) that match the color of the touching sides. You may play one piece or your entire hand, drawing back up to three at the end of your turn. You will receive points equal to the number of sides you match when laying each pyramid – match one side, get one point. Match two sides and receive two points… 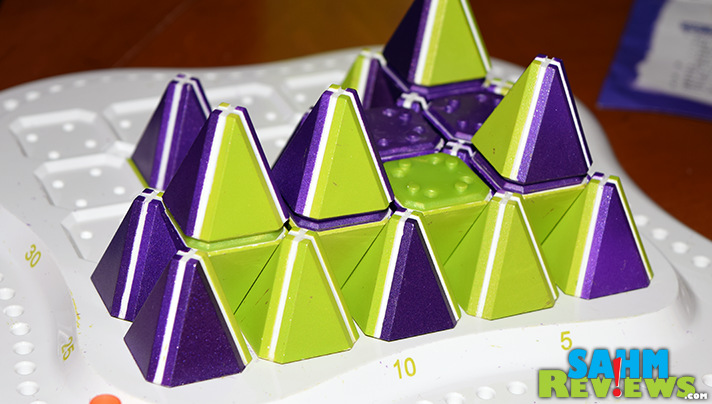 You also have the ability to play a piece upside-down, matching all four colors and receiving four points. This begins to open up a new, higher level to play on. You can then match the bottoms of the next piece to begin the new level, receiving one point for the match AND allowing you to draw another piece from the bag and play it right away, if possible. 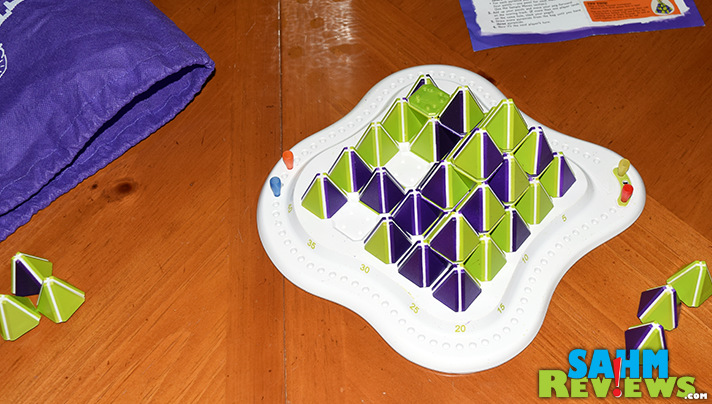 Taking turns in clockwise order, the game continues until either all the pieces from the bag are used (rare) or the board gets to the point where there are no pieces that can be played legally (common). Because of this, the game can end at any time, so there is no reason to save your pieces for later play – get them on the board and scoring points!

You can still find Triple Triumph for sale on Amazon for under $30 (with a box!) and might have some luck on eBay. While we normally wouldn’t recommend buying used Cranium games since they typically contain clay that is dried out, Triple Triumph is an exception. A solid abstract game that supports four players, when most only handle two. Keep an eye out for it!