We’ve been pretty busy lately. In addition to all the work on our website, we’ve been traveling, attending school functions and playing games. In the process of preparing our holiday donation for the children’s hospital, we decided to work on uncluttering the house. It wasn’t just a matter of having too much stuff, it’s that we had things we no longer needed. As an example, we had boxes filled with clothes the kids had outgrown and a couple bookshelves filled with books they were long past reading.

Scott and I went through and donated sooo much stuff to various places as well as placed several things for sale on the Facebook marketplace. Among the sales were boxes and boxes of books. As I sorted through what the girls had aged out of, I had to set aside one that just meant too much to me to let go – a book called The Stinky Cheese Man and other Fairly Stupid Tales. It’s filled with fractured fairy tales and was always a welcome change to the traditional children’s stories I regularly read to the girls. Samples of the contents include Chicken Licken, Little Red Running Shorts, Cinderumpelstiltskin and Jack’s Bean Problem. 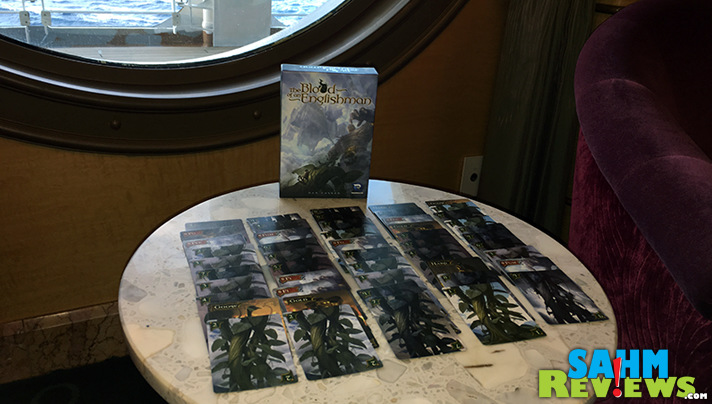 The timing of Renegade Game Studios‘ game, The Blood of an Englishman, coincided with my sentimental exception to the purging process. It has been on my mind ever since and our recent trip to Walt Disney World and aboard the Disney Wonder seemed like an appropriate place to play a game that is based on fairy tales and happy endings. 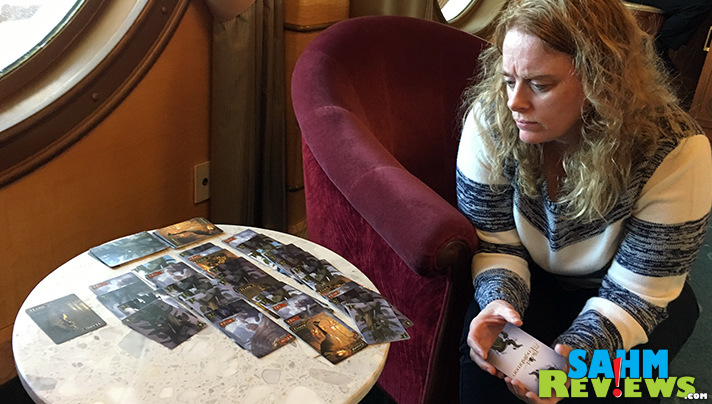 I was totally right. It was a perfect place to play. While the girls headed off to the teen club on the cruise ship, Scott and I decided to sit down and learn the rules of this two-person strategy card game. I took on the role of Jack while Scott worked to defend his palace and treasures as the Giant. 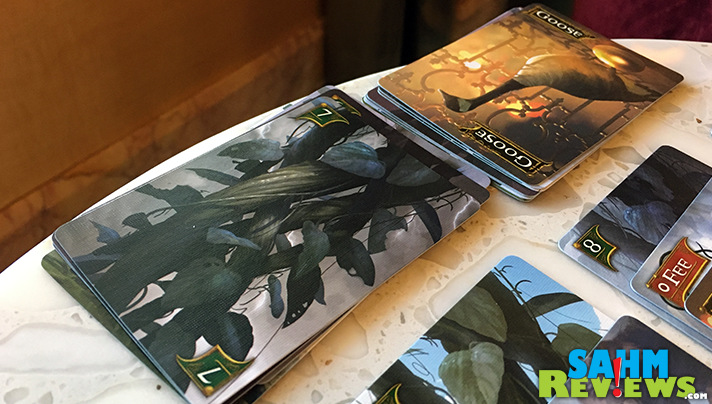 The concept of The Blood of an Englishman is simple. Jack is trying to build beanstalks and collect the treasures. The Giant is working to stop him. All the cards are randomly placed in five rows representing palaces. Jack and the Giant alternate taking turns with each abiding by their own set of rules. The Giant moves slowly with less but larger moves and Jack is quick and nimble making multiple moves in his turn. 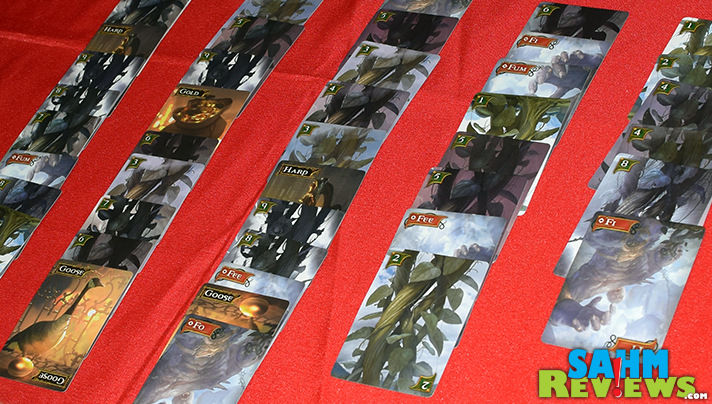 In order for Jack to win, he must make a stack of six beanstalk cards and place them in ascending order, topped off with a treasure. He must repeat this process three times with each stack ending with a different type of treasure. On each turn Jack is allowed to take three actions. 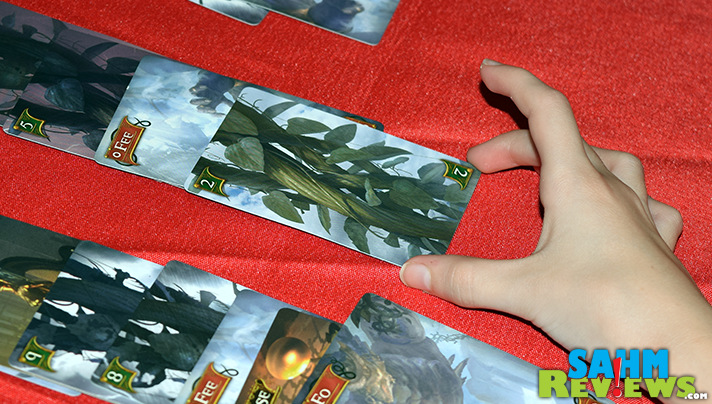 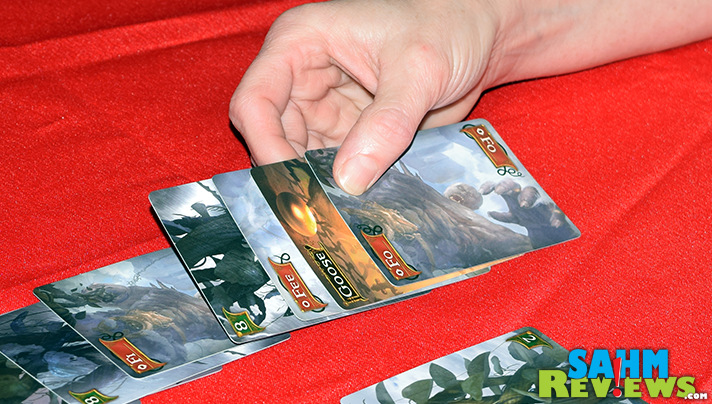 Sure! Except, of course, in The Blood of an Englishman, the Giant has plans of his own to prevent Jack from completing his beanstalks! The Giant has three possible actions: move a section of four cards from one castle stack onto another, move two individual cards to new stacks or remove one piece of the castle stack from the game. That’s it. If the Giant is able to thwart Jack’s progress or line up Fee, Fi, Fo and Fum together (but in any order) vertically in one stack or at the front of each of four different stacks then he wins.

Despite the simplicity of it, every time we have played (or watched as our friends played), the process has been slow and steady on both sides. It’s a great game to play with kids because they are already familiar with the story-line and a handy cheat-sheet lays out the rules for each side. If you play with your kids, be sure to let them start as Jack. As much as I have enjoyed The Blood of an Englishman and have gravitated toward it, so far we have not been able to win as the Giant. Maybe we’re missing some strategic angle, but we’re watching the gamer boards for amendments to the rules that might help keep the game evenly weighted. We are also hoping as we get more comfortable with the strategic methods that we’ll be able to pull off a Giant-sized happily-ever-after win.

Renegade Game Studios continues to release quality games so keep an eye on their social channels (Facebook and Twitter) for news and announcements. You can pick up a copy of The Blood of an Englishman on Amazon for around $13 or check with your local game store for availability.

What is your favorite fairy tale?

13 thoughts on “Blood of an Englishman Game Overview”