This post was sponsored by Johnson & Johnson as part of an Influencer Activation for Influence Central and all opinions expressed in my post are my own.

Every time I attend a conference or event, I leave with all kinds of swag. For the uninitiated, swag refers to Stuff (that’s the clean version) We All Get. They are almost always cool and sought after items provided as gifts or prizes by the sponsors. Sure my girls will play with toys, action figures or dolls every once in a while, but we are to the point that we discuss the likelihood of these items being loved more than just once before we tear open the package. Often these are items I’m excited about, but other times they are a reminder that my girls are long past the days of needing pull toys and pacifiers.

It’s an ongoing dilemma of bloggers as to what to do with all this… stuff. Personally, we often try to find a new home for the items, donate them or ask a contributing author to write about some of them. More often than not the unopened items go into a box and get put in storage. Storing perfectly good items for no reason other than to store them? That’s insane. I know. Some of these items are expensive and they aren’t doing anyone any good in a box. This year, we decided enough was enough. We want our space back so several months ago we started sorting through the storage area. I get anxiety getting rid of things in big batches so we have been donating it a little at a time to keep me from – for lack of a better phrase – freaking out.

Then Scott researched and discovered that University of Iowa Children’s Hospital is always in need of donations, especially around the holidays. We decided this would be the perfect new home for those new items that we never opened. So we thought we would up the ante and see if we could make the trip even more plentiful by asking the gift guide sponsors to donate additional units for us to deliver to the hospital. Between the items we had in boxes and the items donated by the sponsors, we had enough items for two van loads of goodies.

Our first stop on the donation trail was at a local church that provides gifts to approximately 250 local families and various organizations. We were able to deliver multiple items that they would use to supplement the parishioner donations they had already received. 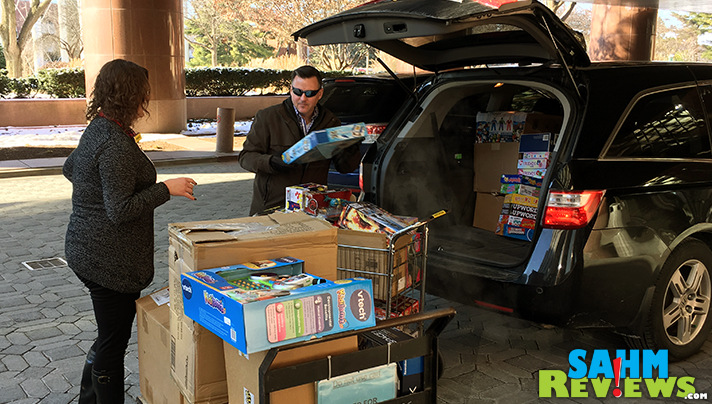 The biggest delivery we made was to University of Iowa Children’s Hospital. I’ve known many families who have needed to utilize their services and have been told multiple times about the hospitality they received during their visit. 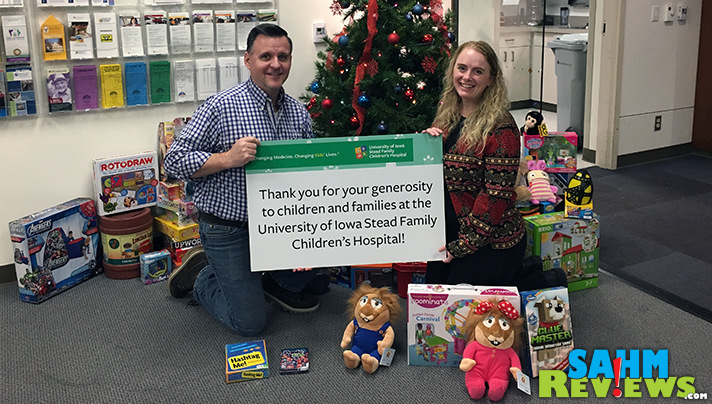 While I expected to have some sense of anxiety about delivering so many items which included many unopened items from our own toy and game collection, I actually found it comforting. The things we didn’t need were going to be given to people who are spending time at a hospital with a loved one who is ill. 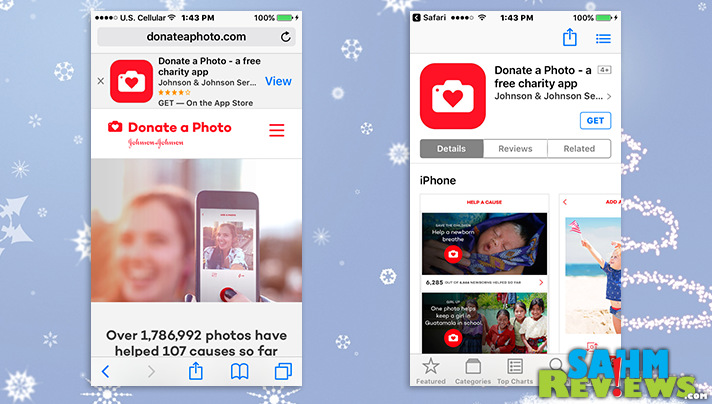 We’ve been able to make a difference by donating. We have friends who volunteer as bell ringers for the red buckets while others who spend their holidays at soup kitchens. There are other ways to raise awareness and give back during the holidays. Did you know some are as simple as using social media, doing things you do all the time anyhow such as uploading a photo and sharing it on Facebook, Twitter and Instagram? 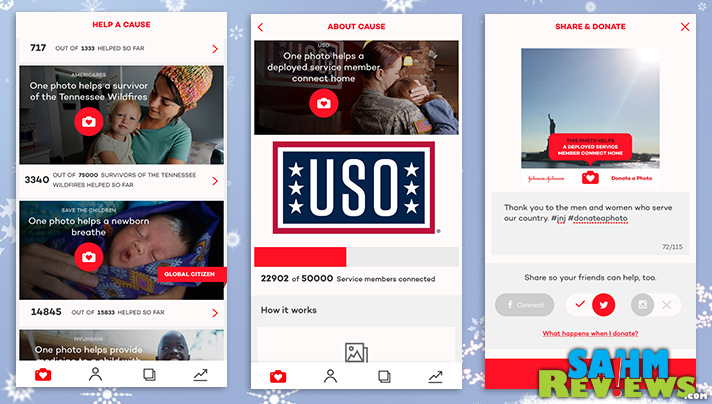 Using the Donate a Photo app, you scroll through various campaigns and find one that resonates with you. Some examples of causes available are United Way, Save the Children, The Trevor Project, Operation Smile and USO. Johnson & Johnson will donate $1 to the cause you selected for each photo you upload. Johnson & Johnson has curated a list of trusted causes, and you can donate a photo to one cause, once a day. Each cause will appear in the app until it reaches its goal, or the donation period ends. If the goal isn’t reached, the cause will still get a minimum donation. Over 179,000 people have contributed to the app since its launch in 2013, sharing 1.75 million photos!

We have been fortunate enough to be able to make a donation of toys and games, but we recognize that most people don’t have that ability. The key to holiday giving is finding a cause that resonates with you and give in ways that you are able. Uploading a photo to the Donate a Photo app doesn’t cost anything and still gives you the joy that comes with helping others.

For more information on Johnson & Johnson’s partnership with Save The Children, visit their website. You can also connect with them on Twitter. Holiday giving doesn’t get much easier than this.

What ways to you give back during the holidays?