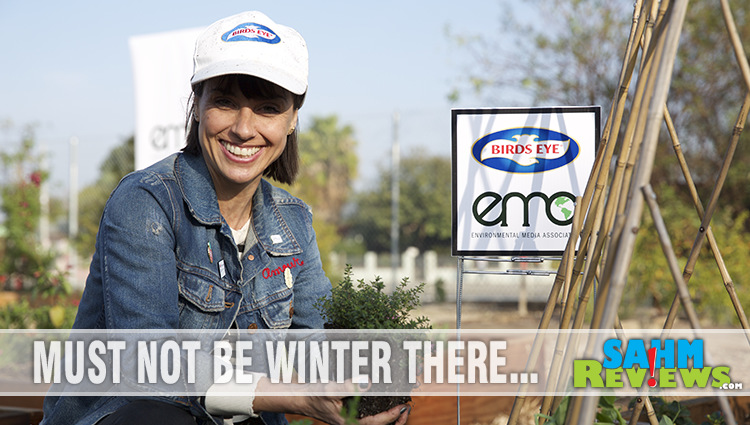 Next month we’ll be headed back to Florida to participate in another Disney Social Media Moms Celebration. Since the event is invitation only, I am often asked what it involves and whether it’s just an extended advertising pitch for all-things-Disney. While it does involve behind-the-scenes opportunities in the parks (like exclusive video of Rock ‘n’ Roller Coaster), announcements of upcoming attractions as well as interviews with executive chefs, there is much more to the event than one might expect. Participants have heard speakers like Build-a-Bear Workshop founder Maxine Clark, NFL Star Donald Driver, HARO founder Peter Shankman, Chris Brogan, Rene Syler, executives from corporations such as Facebook and Pinterest and more. One of the presentations that has stuck with me wasn’t someone with celebrity status but a young girl who had a passion for making the world a better place. 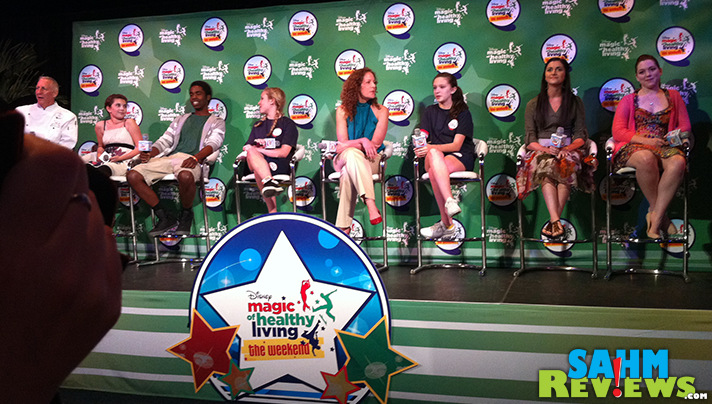 This young woman was a student who decided to create a garden for her school. Her initiative in bringing this educational and nutritional value to her district had a huge impact on me. We live in an area highly dependent on agriculture and I grew up with a large garden, fresh vegetables and an appreciation for produce, something uncommon for many kids elsewhere. When Scott and I met, he was never a fan of asparagus because his only familiarization with it was from a can. I was used to picking asparagus straight from the garden, adding it to a grill or just eating it raw. Once he had the opportunity to try it fresh, he realized it’s not the same thing as eating from a can. An education about fresh produce is important and I applaud this young girl on the Disney panel for her efforts. Not only did the school use it for education, but the harvest was used by the school’s kitchen! 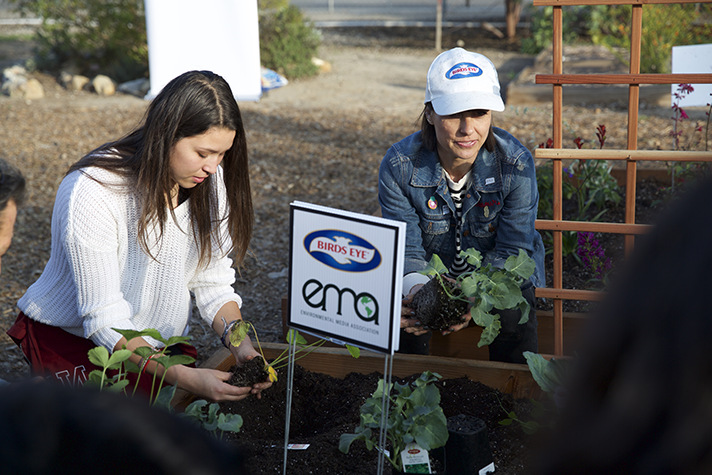 So when Birds Eye shared that they were working with Constance Zimmer for the GreenMySchool initiative, I wanted more information. Birds Eye has teamed up with Environmental Media Association to help schools work with celebrities in their hometowns to plant gardens at their schools.

Gardens aren’t just a beautification or environmental project, they are an opportunity to teach families about produce and inspire both kids and adults to eat more vegetables. Did you know only 28% of American’s dinners included vegetables and 9 out of 10 children do not eat the recommended daily amount of vegetables? Although my family has an appreciation for vegetables, we’re still guilty of this. I’m constantly trying to find ways to incorporate more vegetables into our meals.

Just last week I prepared a chowder that included an entire bag of frozen corn; not because I was trying to hide it but because it added nutritional value. Parents shouldn’t feel the need to sneak vegetables into their meals. Instead, it’s better to try different types of produce as well as a variety of methods of preparation to learn about tastes. By educating children about the variety, taste and ease of veggies, Birds Eye is working to turn around the 28% statistic. 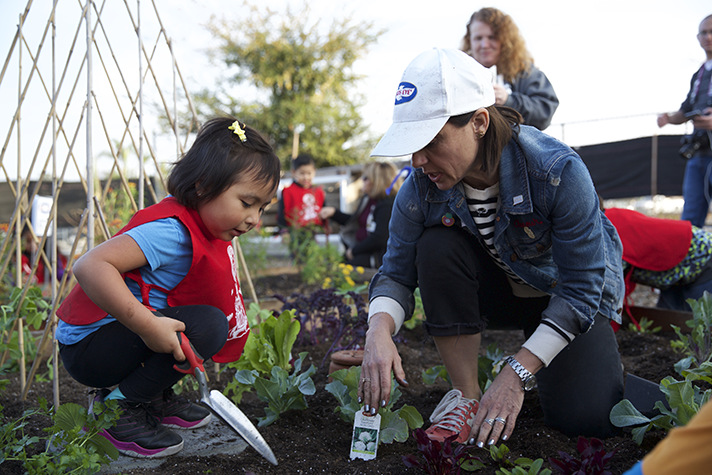 Although I live in a community where farming is a key industry, fresh vegetables aren’t available in colder months. We rely on home canned and frozen vegetables as well as commercially frozen products such as Birds Eye. They have been using family farms for nearly 100 years and flash freezing them within 6 hours of harvest to ensure they are locking in the taste and nutritional values of their products. Even with these options, we still don’t get consume the recommended daily amount. Imagine if we weren’t familiar with vegetables how much more limited our choices would be. The GreenMySchool project is helping families have a better understanding and are able to make healthier choices all year round whether it be fresh or frozen. Between the education families are receiving through GreenMySchool and celebrities such as Lance Bass and Constance Zimmer, they’re learning an appreciation of the land and becoming more invested in the outcome. When kids are involved in the process, they are much more interested and willing to try out the fruits of their labor! That’s a fantastic first step to improving the health of the next generation. 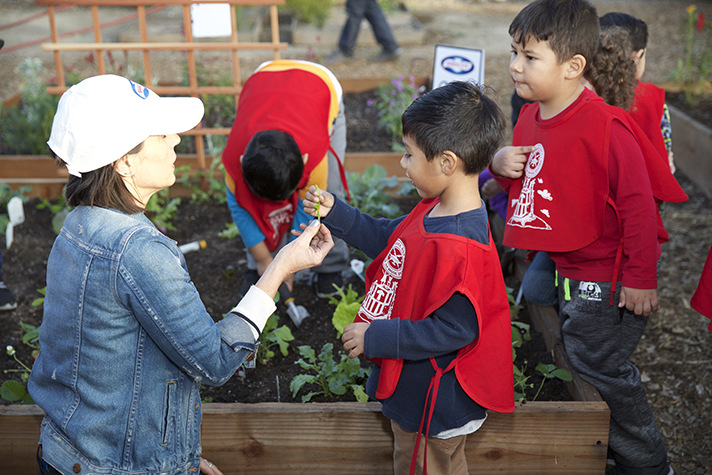 You can learn more about the GreenMySchool program on the EMA website, follow #GreenMySchool on Twitter to see the many celebrities who are working to change their communities. Maybe you can find out how to start such a program in your own area! In the meantime, check out the kid-friendly recipes and encourage your kids to pick something out then help you prepare it! Visit Birds Eye on Twitter and Facebook and let Constance Zimmer know what you think of her green thumb.

How would schools in your community benefit from their own gardens?