There is no refusing the fact we are a family focused on quality entertainment. Music, arts, games, movies and more. We find our passions and engage with them. A big bucket of popcorn to share in the darkness of the movie theater is one of our regular sources of entertainment. Of course, the release of a good movie coupled with our available schedule makes all the difference.

As you know, Inside Out was on our much-anticipated list. However there have been other summer hits as well. The one we continued to see breaking box office records was Jurassic World. For us, we couldn’t make it on opening weekend. We weren’t too concerned since we had access to the Lego Jurassic World video game to get us by! The kids were so excited about the game, they sat down and played the game consistently until they had completed the entire story line. 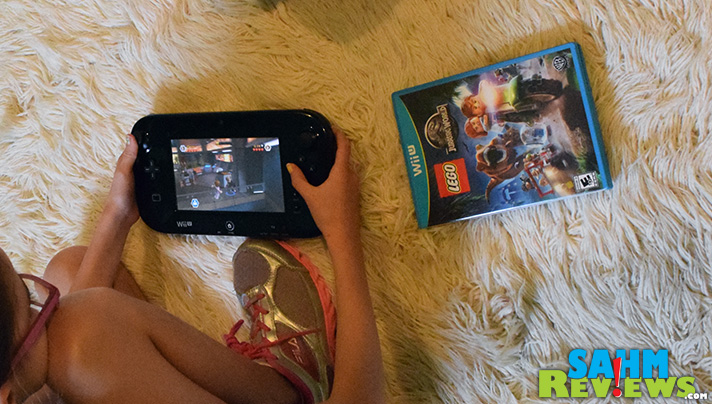 The following week, we had a chance to see the movie in the theater and guess what we discovered. The Lego Jurassic World game was a total spoiler. The details with respect to the movie were incredibly accurate. Both girls said they were not at all surprised by any of the actions in the movie. Nothing. After the movie, they randomly detailed events and explained what it was like in Lego Jurassic World on their WiiU. 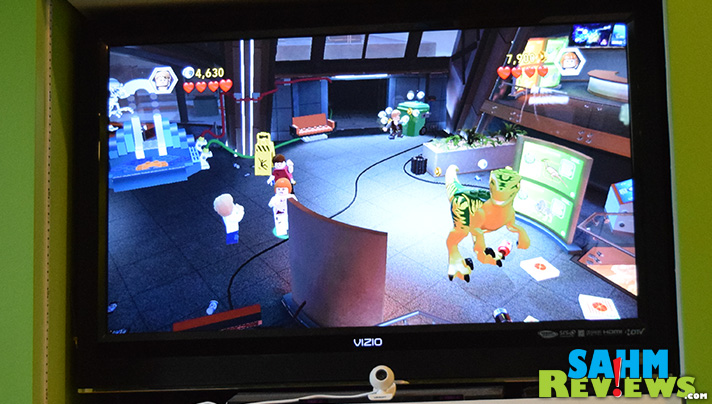 While some people may think this movie recreation (in video form) is a problem, for me it gave credibility to the game itself. The developers didn’t throw together a game and slap the title on it as an opportunity to capitalize on the success of the movie. They put a great deal of thought and collaboration into making the video game thematically accurate – except in the form of the popular Lego blocks. 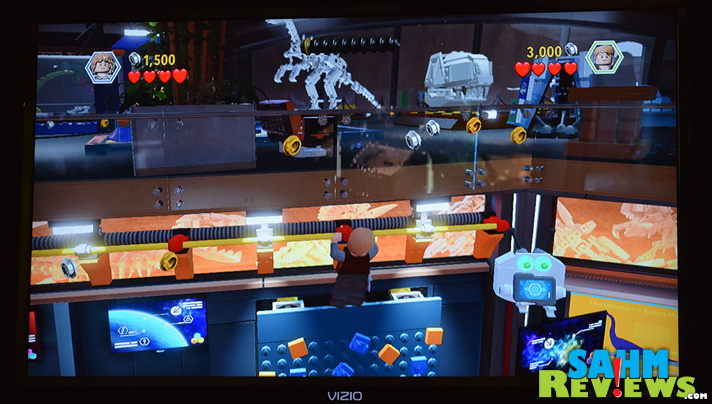 The focus of the game is to complete a variety of tasks that shadow the movie concept. Along the way, players bash items on the set to break them into pieces. That’s what all Lego games are like, right? Those pieces, known as studs, are the game’s currency. When collected, they can be cashed in to purchase additional items, tools, vehicles and even people necessary to complete tasks along the way. If something happens and a player loses their lives, they respawn but may lose any studs they have collected. 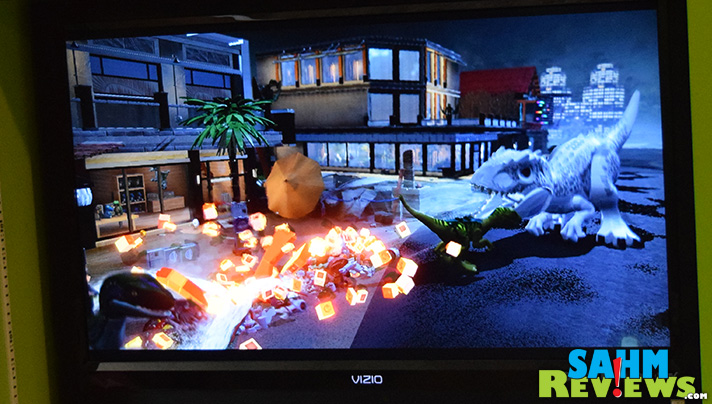 For kids who may not handle the anxiety that comes with this type of action movie, Lego Jurassic World for WiiU provides kids with a less traumatizing depiction they are able to control at their own pace. Plus, Lego versions of dinosaur damage aren’t as gory as seeing someone get munched on the big screen. When I asked the girls what they thought about the intensity, Miss M said, “It isn’t gory at all. Either the dinosaur eats the person so we can’t see, the screen covers it up so we can’t see, or the person breaks into pieces then respawns.” 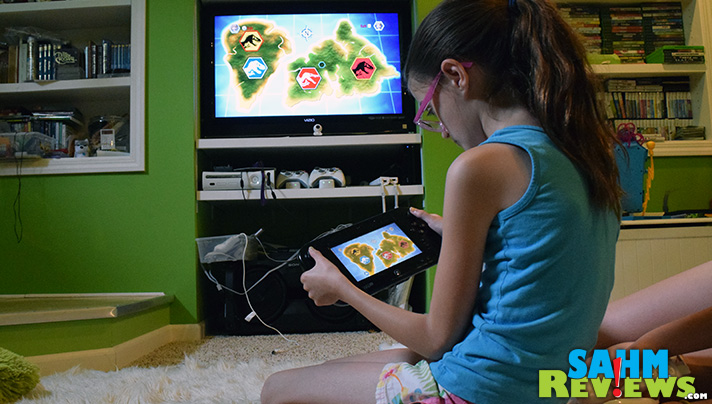 Developers added depth to the game by offering additional features beyond those related to Jurassic World. When the girls had completed the run through of the movie version of Lego Jurassic World, they played other features within the game, including scenes from the original Jurassic movie. There are four worlds available to extend game play beyond the latest movie.

If you or your kids enjoy Lego games, this is definitely one to look more closely at. Lego Jurassic World for WiiU is also a great alternative for kids who might not be able to see the movie in person until they are older.

14 thoughts on “A Jurassic Recreation in Lego Form”