Those of us who are Marvel superfans have been anxiously awaiting the release of Avengers: Age of Ultron. From watching all the prior movies to shopping for Avenger snacks and clothes then catching up on episodes of Agents of S.H.I.E.L.D., we’re ready. However, only those with a subscription to Netflix can be fully immersed in the universe. Why? Because a few weeks ago the Daredevil series released on Netflix. And ONLY on Netflix. 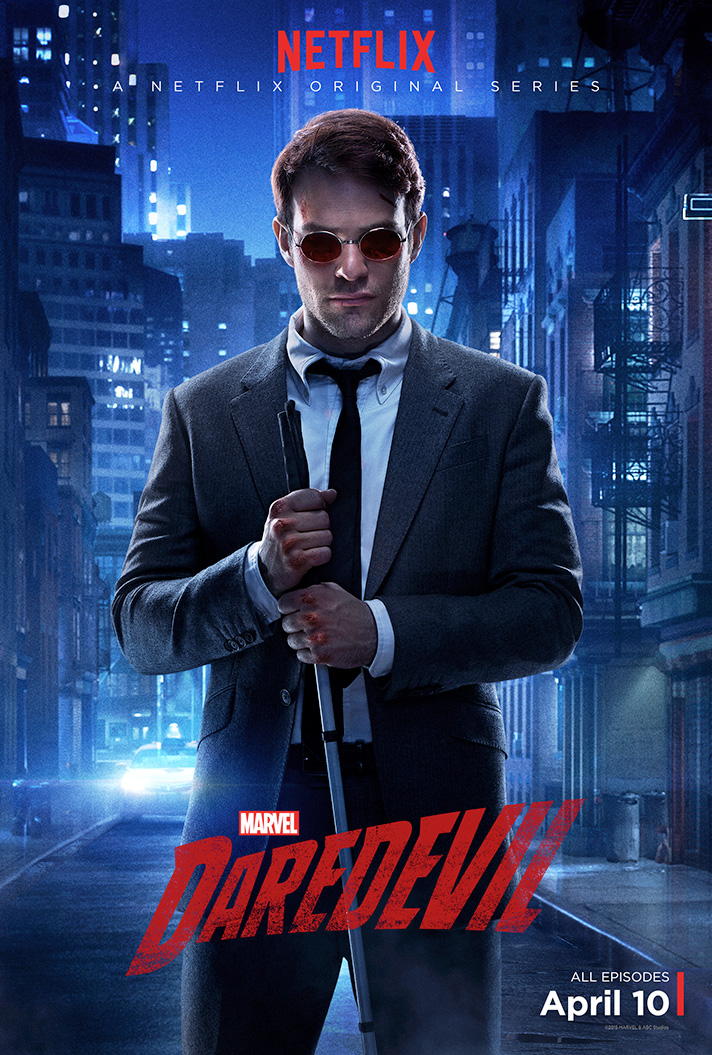 Let me tell you, it’s been quite a jaw-dropper. Generally, we watch everything Marvel and superhero as a family.

Generally. Not this time.

As much as I want to let the girls watch everything Marvel with us, Daredevil is one that Scott and I will be watching without them. The story is great but it’s rated MA and that’s just not okay for our tween girls. While Daredevil references the Avengers events, it isn’t major so they aren’t missing out on anything from the story line. 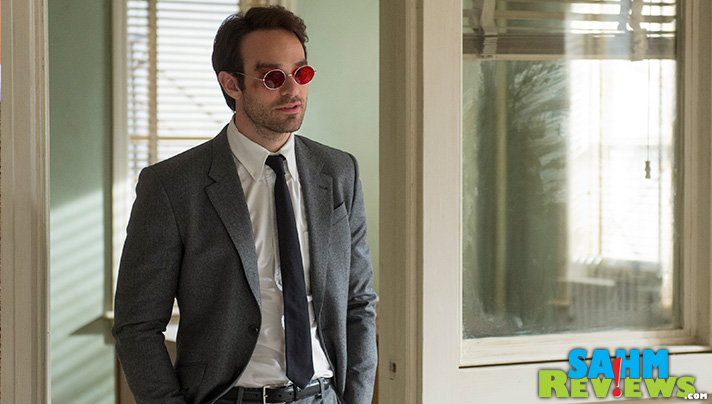 When I think of superheroes, my first thoughts are of people who were born with powers then learn to utilize them. They hail from another world and come to our planet (hello Thor). When I stop and really start to evaluate the superhero world and the characters in it, most are just normal people who have taken on superhero characteristics as a result of science,  technology or nature. Captain America, Iron Man and Hulk are just a few examples. Some become superheroes because of some freak accident. That’s the category where Daredevil lands. 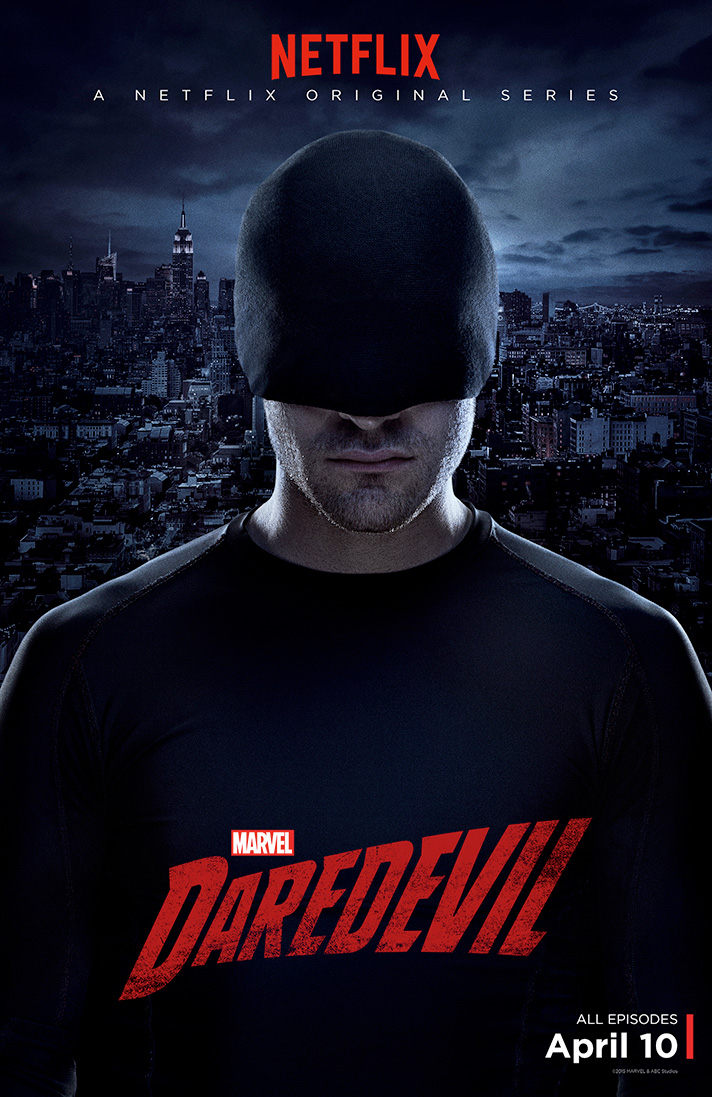 Born as a normal kid, Matt Murdock lost his vision at a young age when chemicals from a truck splashed in his eyes a truck following an accident on a city street. Over time, his other senses grew stronger to compensate for his loss of sight. His hearing is so good he can sense heartbeats as well as hear far distant sounds. His sense of smell allows him to detect people from great distances as well. Bad guys should rethink their interest in strong cologne if they want to avoid this guy. The sense of touch and feeling gives him the ability to sense if someone is near because he feels the body heat as well as changes in the airflow. He’s ridiculously quick and skilled in combat so he is able to battle many people at a time. Daredevil’s “powers” make him a force to be reckoned with… even though he is blind. 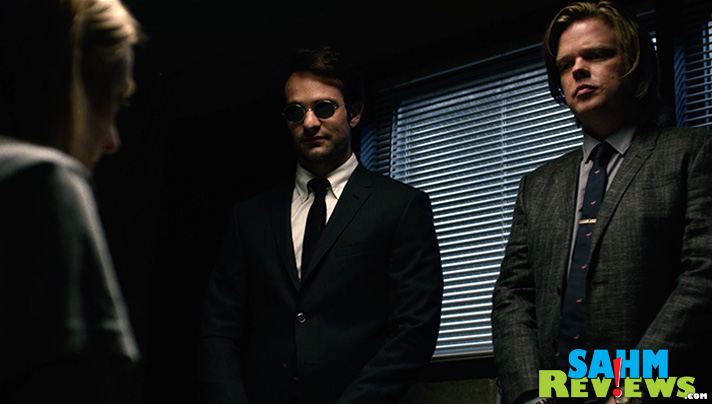 He’s a vigilante when he needs to be, but his real job is that of an attorney. Partners with a longtime friend, as defense attorneys they walk a fine line between saving the innocently accused and finding justice both inside and outside the courtroom for the rest. 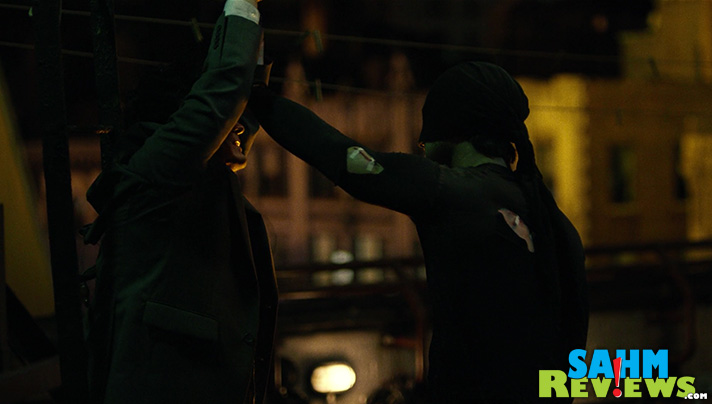 The show will keep you on the edge of your seats. The story is compelling, the characters are charismatic and the fight scenes are pretty intense. Yet, despite his superhero characteristics, he isn’t invincible. He’s just a man… and a blind one at that. Each episode we are faced with the reality that the good guy doesn’t always win in the fight. That’s what makes Daredevil interesting!

If you are a Marvel fan then you’ll certainly want to add this one to your watch list. If you don’t have Netflix yet, sign up for it. Aside from watching Marvel’s Daredevil, there are plenty of other awesome shows and movies!

What is your favorite Netflix exclusive? 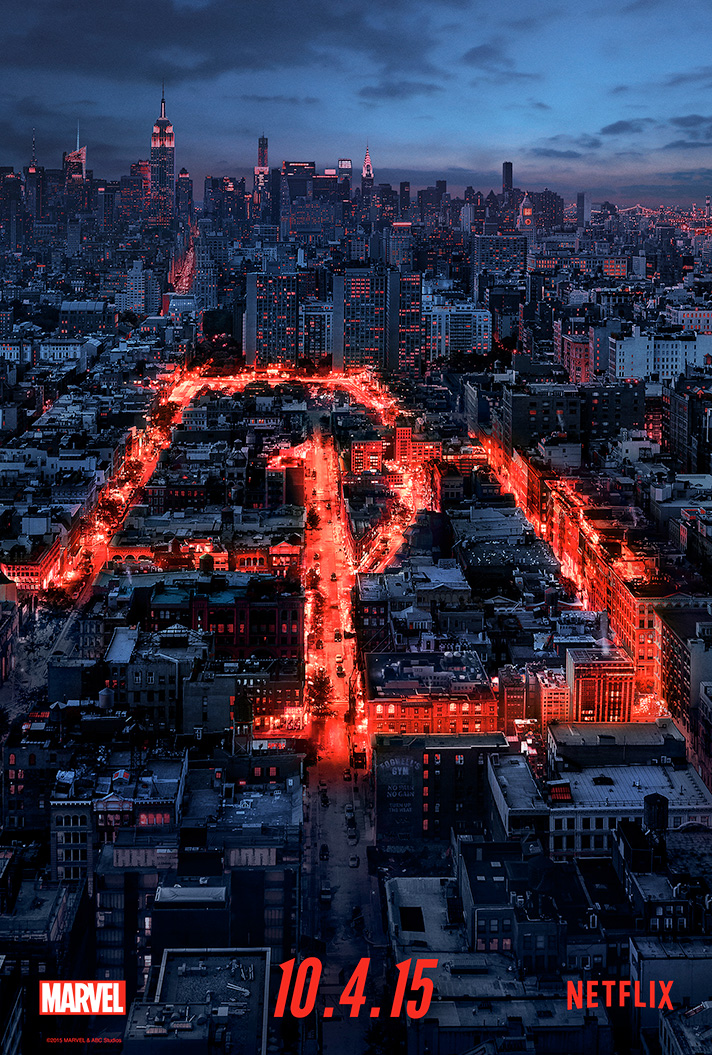 22 thoughts on “Do You Dare(Devil) Miss This Show?”