This shop has been compensated by Collective Bias, Inc. and its advertiser. All opinions and comments are my own. Photos are ©SAHM Reviews. #AvengersUnite #CollectiveBias

I hate stereotypes. As someone with two older brothers and a family in the construction industry, proving that I knew my stuff in male-dominated environments had become the norm. My brothers were both wrestlers so I knew more about the sport than most people, including scoring matches during meets and tournaments. As I got older, I continued to find myself in activities and industries not common for women. I participated in Fantasy Football in its infancy, way back when CompuServe was one of the only places to be online. It worked out well since I was buying, trading and selling sports cards and memorabilia. Once again, a male-dominated hobby but I knew my stuff. In the business world, things were no different. I worked in the construction industry as well as in the engineering department for a pharmaceutical manufacturer, expecting those men to treat me as a coworker and never an inferior. Now that I have girls of my own, I don’t let barriers hold them back either. I encourage them to pursue things that interest them whether it be something like Lego Robotics, video games or superheroes.

And let me tell you that when it comes to our heroes, we’re pretty pathetic. Like we schedule things AROUND movies and TV shows because we love them so much. As I’ve said before, we’re fanatical about Marvel to the extent that we attended C2E2 last year just so we could see Stan Lee in person and listen to his stories first hand. We watch all the shows and movies in the order of their story lines and we’re anxiously awaiting the next big release, MARVEL’s The Avengers: Age of Ultron.

It’s going to be amazing because the story is awesome and the cast is even awesome-r. Despite the fact that superheroes are targeted toward individuals carrying the Y chromosome, GIRLS can watch it too! My girls know the characters and back stories inside and out. I’m wondering when the people who do the merchandising for the movies are going to figure that out because it certainly isn’t reflected on the shelves at the store. 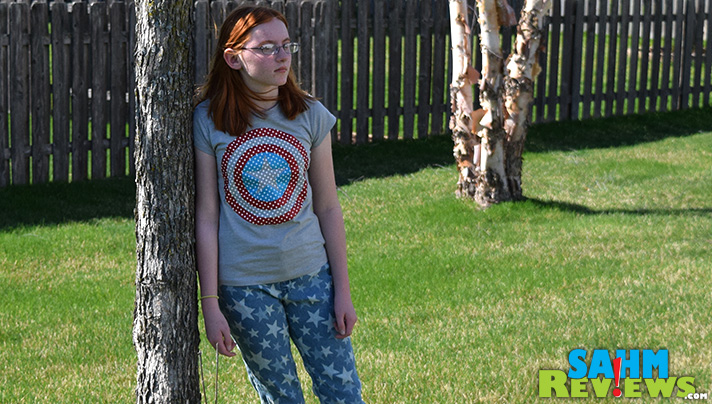 During a trip to Walmart the other day and were looking for outfits for the girls because they’re growing like weeds! We thought we would grab some new T-Shirts for them in preparation for MARVEL’s The Avengers: Age of Ultron release. Unfortunately, we only found ONE Captain America shirt in the girls section. If we wanted anything else relating to superheroes, we needed to go to the boys’ section. Unfortunately, the sizing and cuts aren’t nearly as ideal for a girl’s build. As luck would have it, the one shirt we did find was a super cute Captain America one and we found a pair of pants to match.  Yes, girls can like The Avengers AND look cute in the process. 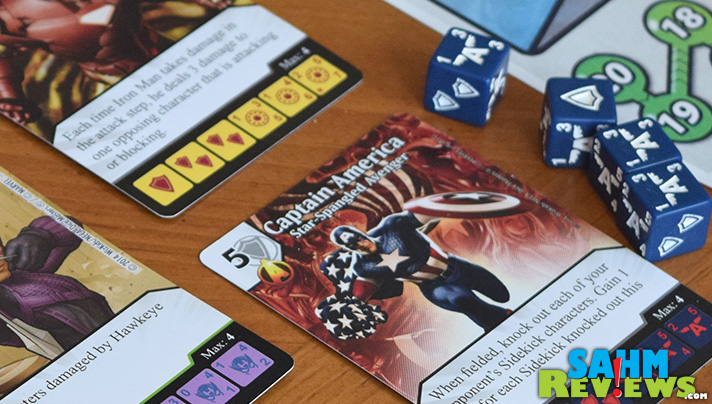 You know what else? Girls can play with superhero toys and games, too. Move over Ken, Captain America is moving into the dream house. One of our recent favorites is Dice Masters. Not only is it a fun game but it incorporates our passion for the Avengers. The heroes are represented by dice and are used to attack and defend from the opponent. Captain America, Iron Man, Thor, Hulk, Hawkeye, Black Widow and more. Girls can like The Avengers AND play games about them. 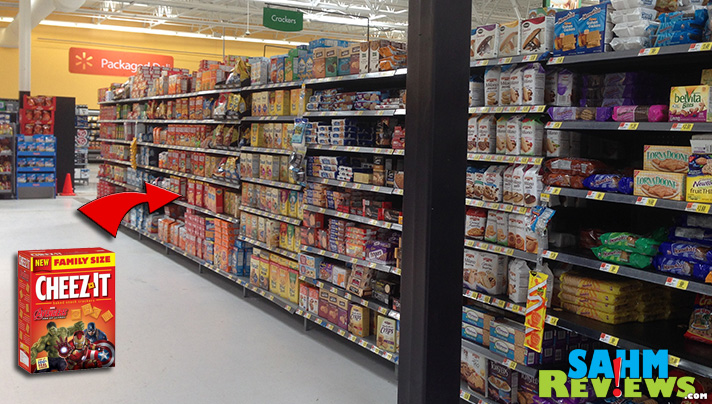 Of course, while I was looking at Avengers stuff at Walmart, I had to pick up some snacks. There’s an augmented reality app available at iTunes and Google Play that activates when scanned on the Avenger’s displays. Super Heroes Assemble wasn’t available when I headed to the store, but I’ll be going back to see what it does. After all, it’s The Avengers! 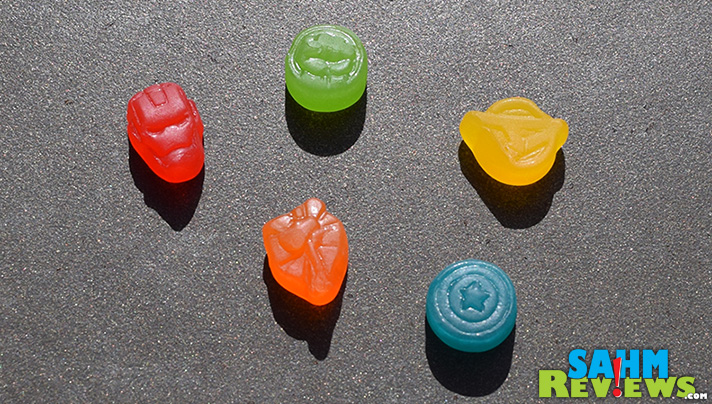 Miss K needed snacks for robotics since it takes place right after school. We couldn’t resist grabbing Kellogg’s Fruit Snacks, Cheez-Its and Doritos licensed for the movie. We also purchased some Dr. Pepper with Thor on it but that was for me. Miss K giggled when we opened the box of fruit snacks. The snacks are shaped like the icon of the various heroes, just like the dice in our game. Marvel brings out the fun side in all of us. Girls can eat Marvel snacks and be silly in the process.

Even though the movies aren’t targeted at our girls, we break through the stereotypes and gender barriers and enjoy them because that’s what my hero girls do. We’ll be at MARVEL’s The Avengers: Age of Ultron on opening weekend sporting our geek pride. Whether you are a fan or not, be sure to check out this awesome promotion! (Update: The client was handling the giveaway directly and has continued to change the start date. They have not provided any details as to what the holdup is. We’re awaiting a response as to the current status.)

42 thoughts on “A Date With The Avengers”