I thought I was familiar with nearly every version of dominoes. Whether it was just different-colored pieces, pieces with more than the standard 6 dots per side, triangular-shaped Tri-Ominos or the dusty version in every thrift store in America, Dora the Explorer dominoes.

But recently I came across a version by Pressman Toy called Stack-Ominos. I didn’t bother reading the instructions before purchase as I liked the design with its clear tiles and custom-molded play area. I just made sure all the pieces were there (they were) and paid the $1.88 asking price. 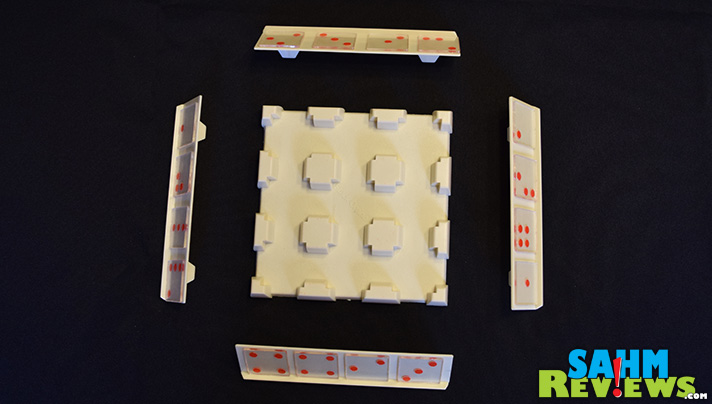 Supporting up to four players, each player works from a rack of tiles hidden from each other in the same was as when you play Scrabble. The object is to score points by creating stacks of tiles without placing a dot on top of an already existing dot.

You can play as many tiles in a turn as you wish, with a few rules to guide you. As I mentioned previously, the dots cannot stack, but you may turn or flip your tiles over to get them to fit. If you place two tiles in a stack with three dots each on it, score 6 points. 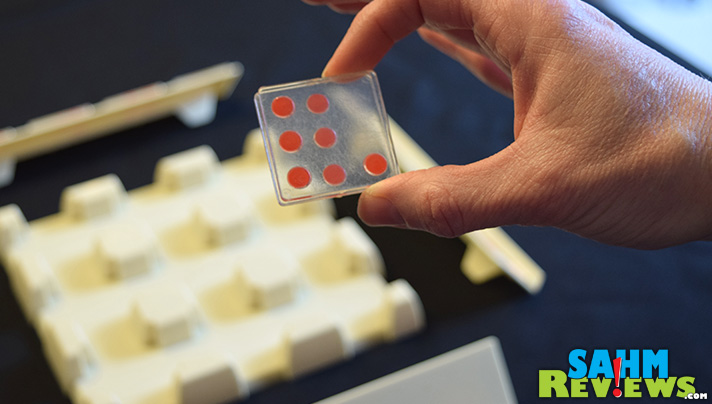 If the next player then adds an additional tile with two dots that don’t overlap, they score eight. You may only start one stack per turn, but if you are playing on other stacks you many continue to do so until you cannot move. Run out of tiles before your turn is over? Draw back up to your limit (determined by the number of players) and continue with your turn. 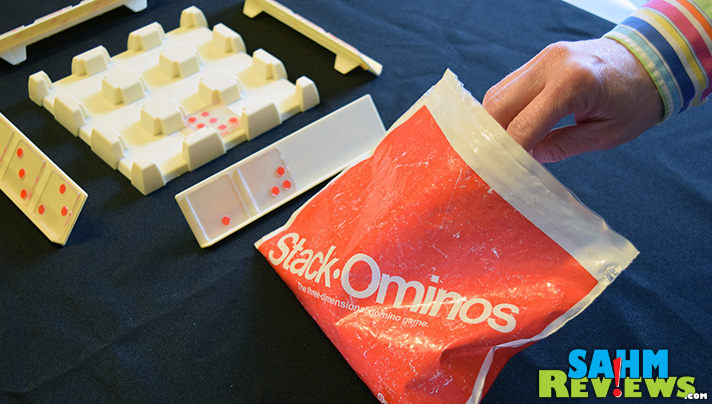 Once a stack receives all nine dots, it is scored and removed from the game. The player that completes that stack may then continue their turn by playing on another player’s stack or by starting a new stack of their own.

To win you must either be the first player to 200 points or have the highest score when all of the tiles have been drawn and one person runs out of tiles. Any tiles left in racks are deducted from that player’s total. 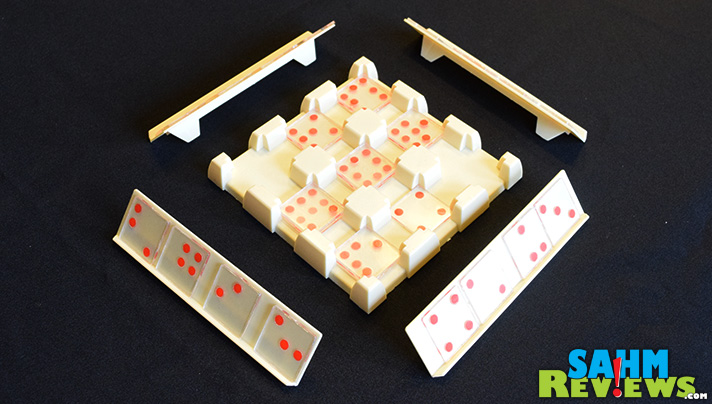 Stack-Ominos was originally issued in 1969 under the name “Hi-Spot” and later re-branded to its current title. It doesn’t appear to have been offered at retail for quite some time, but you can still find used copies on Amazon and eBay if it is missing from your collection. They are bringing a pretty penny, so if you’re budget-conscious you might wait until you find a copy at your local thrift store.