Sigh. As if we didn’t already have a problem. Thanks, Netflix. You’ve made it worse. Or better. Wait. Better. Definitely better. To be more specific, I should say Netflix is making things positively MARVELous.

No doubt you know we’re Marvel fanatics. We’ve shared stories of hearing Stan Lee speak, watching Marvel movies and TV shows such as Daredevil. We even featured Trivial Pursuit: MARVEL Cinematic Universe in a our games for the family gift guide and launched our 44 Days of Giveaways promotion with it. We’re adding another to our list on Friday with the launch of Netflix original, MARVEL’s Jessica Jones! 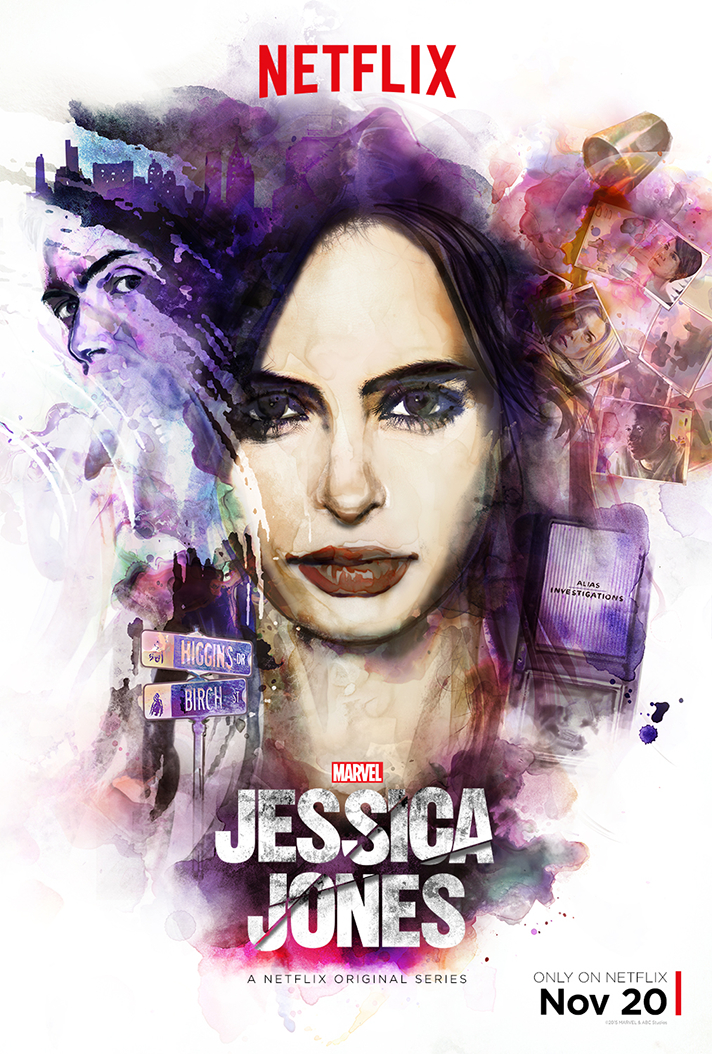 As I have explained before, we watch the various Marvel movies and series in order as they come out. We’ve gone back to re-watch prior movie releases and shows to reacquaint ourselves with story lines that previously didn’t seem as relevant. Daredevil was a bit too graphic for us to let the girls watch but we’re hoping Jessica Jones will come with a cleaner rating. The idea of the girls having another positive role model on TV is something that appeals to us! 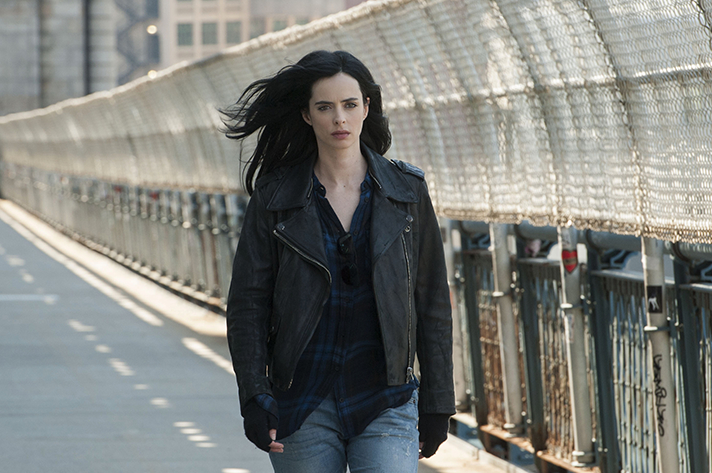 Jessica Jones is one of those characters that crosses into various aspects of the Marvel Universe. Her backstory includes a high school crush on Peter Parker, being saved by Thor, being cared for by Phoenix from X-Men, became a body guard for Daredevil and dated Ant-Man. The series concept follows her post Super-Hero life where she rebuilds her personal life and career and becomes a detective in New York City.

This Netflix Original shares a different side of a formal super hero. We follow along as she seeks to vengeance on the man who once controlled her. We get glimpses of her harsh past and the challenges she faces as she tries to control her darker side. I suspect it will carry the same tone as Daredevil but since we love watching Marvel shows as a family, I hope it is subdued enough that they’ll be able to watch it. After all, Jessica Jones is portrayed as relatable. Not only am I excited about the show, but it makes me want to go back and re-visit the many places that fill her backstory. 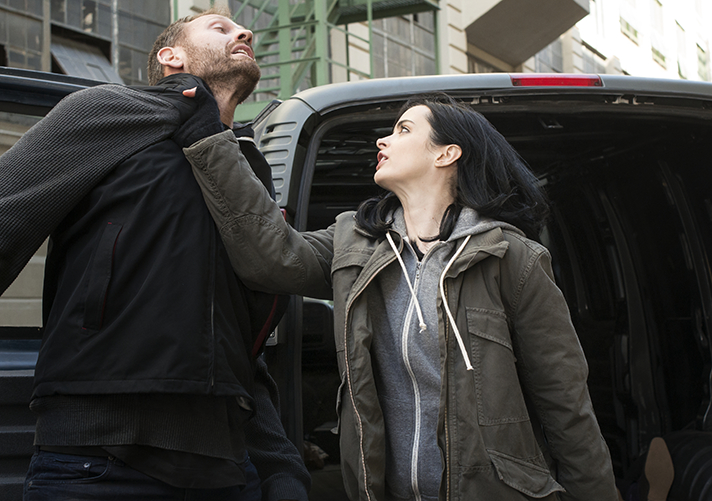 Krysten Ritter is cast as Jessica Jones and Carrie-Anne Moss joins the cast as well, adding another female power player to the cast.. David Tennant plays Kilgrave and Mike Colter portrays Luke Cage. While those aren’t necessarily household names right now, they will be shortly when Marvel’s Luke Cage (TV show) debuts in 2016! Stay tuned for more details on that. In the meantime, you can follow along with Jessica Jones and keep up to date on the latest Netflix originals by following Netflix on Twitter.

Will you be tuning in to Jessica Jones on Netflix?