By any chance did you see or hear about the list of upcoming movies involving the Marvel Universe? There are a LOT of them scheduled all the way into 2019 and most hinge on a prior movie. In other words, several are sequels. We’ll be standing in line on opening weekend as each one rolls out because we’re kind of Marvel geeks like that. Not only do we see current movies as they come out but we also recap and rewatch the prior ones to make sure the plot lines and nuances are fresh in our minds. We didn’t even start taking the girls to see the Marvel movies until we had sequentially caught them up on all the ones that fed into the story line. I mean, seriously, you can’t just go watch The Avengers if you haven’t seen Iron Man.

You may recall that we made a trip to the Chicago Comic and Entertainment Expo earlier this year so we could hear Stan Lee speak. At that event, we were thrilled to visit the Guardians of the Galaxy booth. When the movie launched, my BIL scored some advance screening passes so we could go see the movie the night before it opened in general theaters. We went as an extended family and you know what? We loved it. LOVED the movie. Months later and we’re still talking about Groot (and more specifically, Baby Groot.) 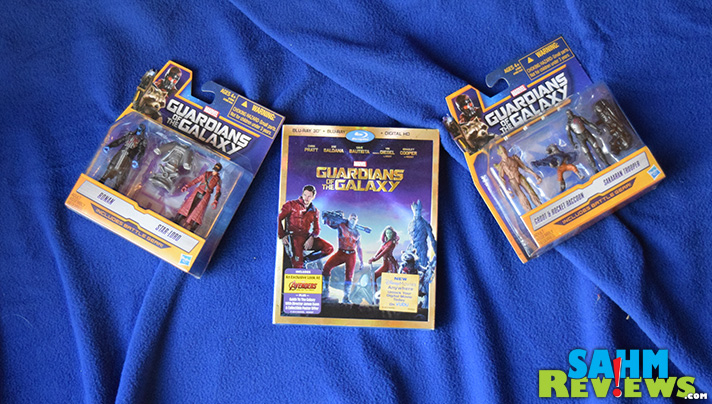 Well let me tell you that in the list of upcoming movies is Guardians of the Galaxy 2. It has the feel of a legendary movie series and I suspect that #2 won’t be the finale. Because we think it’s such a fantastic movie, there’s no question that this will become part of our home movie library. Yes, there are a multitude of ways to stream or watch movies but our favorite movies find a permanent place on our shelves. Needless to say, with this past Tuesday’s release of Guardians of the Galaxy on Blu-Ray and DVD which features behind-the-scenes photos, exclusive music and a magazine with cast interviews, you can probably guess which day I was at Walmart buying it! That’s right – Release day, Tuesday December 9th! I know what you’re thinking, “Great Christmas present idea!” I totally agree. Having an awesome movie that you can give as a gift that in-turn creates some great quality family time is win/win! 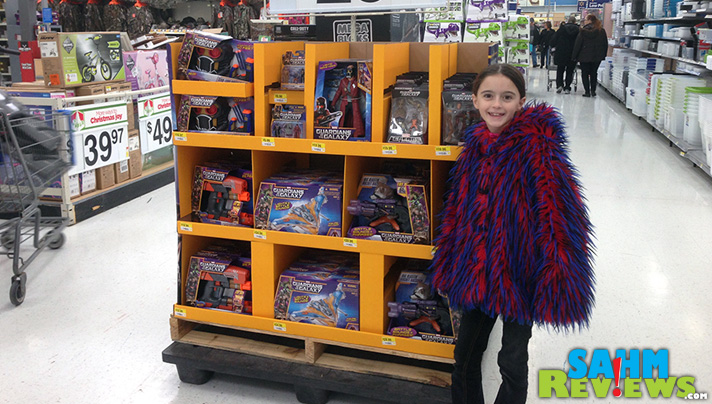 I’m not usually one to fawn over movie merchandise but when we were headed to the Walmart toy department last week, we discovered a Guardians of the Galaxy display in the main aisle. It was stocked with a variety of cool action figures and toys. Yes, I dug through the stacks to see if there was a Groot. There wasn’t but there was a set that totally intrigued me. It was a “build a Groot” set where you purchase a variety of the characters and in each package there is a different part to the Groot figure. Novel idea! On Tuesday, I went back to pick up the movie in the electronics section but couldn’t find the toy display that had all the merchandise. 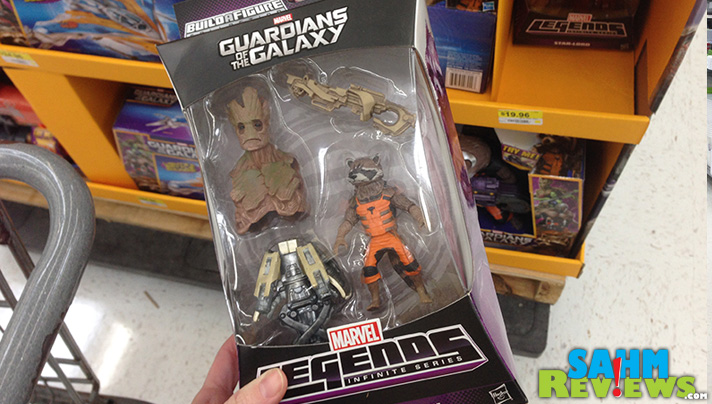 Because it’s such a hot gift idea, I thought they had totally sold out! Fortunately, they had just moved the entire display to the center of the store when they received more stock. Whew. I grabbed a few of the packs that included multiple characters such as Groot and Rocket Raccoon. While I was there, I decided to check if GOTG was available on Disney Infinity. I was thrilled to see that it was with a promotion to boot! From 12/7 to 12/13, when you purchase a Groot, Drax or Rocket Raccoon figure for Disney Infinity 2.0, the cashier should be prompted to give a $5 Walmart gift card instantly!

The girls knew I was waiting for the movie to release but I didn’t tell them I was getting the Blu-Ray and some figures. I made sure I went to the store when they weren’t with me! We’ll pack them up as Christmas gifts so we can watch the movie with Grammy over the holidays. Oh, and make popcorn. We can’t forget the popcorn. 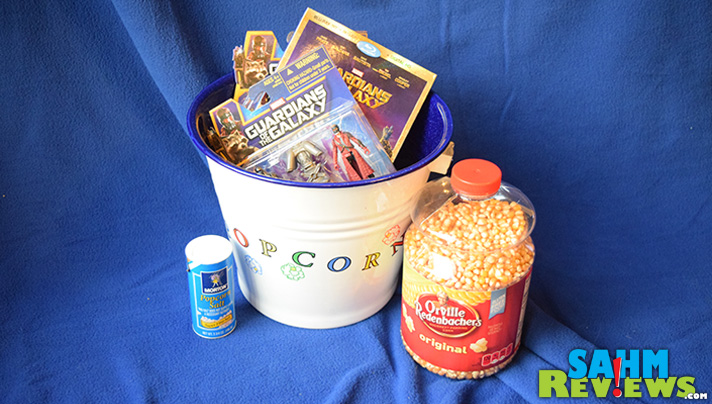 Popcorn for us is a necessity when it comes to movies. Whether at the theater or at home, it rounds out the experience. When the girls were just wee ones (or maybe even before they were born), my brother and SIL gave us one of those old-fashioned looking popcorn poppers for Christmas. They told us how much they loved using it but we seldom made popcorn. I don’t know how long we had it before even trying it out. Well, once we did, we kicked ourselves for not trying it sooner! 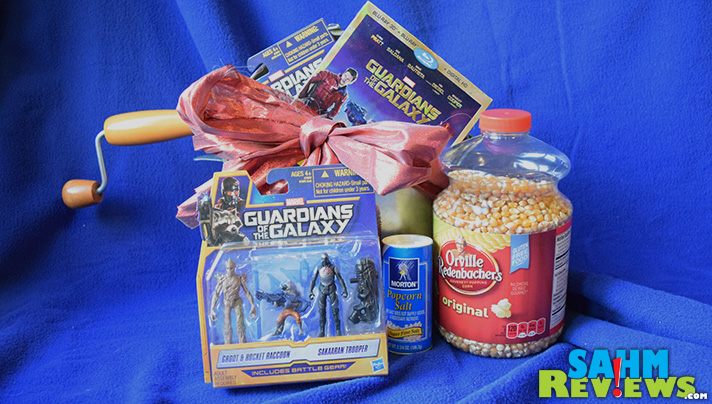 Ever since then, we’ve been total converts. I’ve decided it’s a great gift idea. While the products in this photo are actually mine, I decided to put it together so you could see exactly how cool a gift you can create out of these fun and practical items.

Do you ever gift movies? If not, what keeps you from it? If you do, have you ever bundled them with goodies like popcorn and treats?

19 thoughts on “Bringing the Guardians Home”