While we’re on the subject of themes, there is one every regular reader of SahmReviews knows we’re gaga over – anything related to the Marvel Cinematic Universe. It doesn’t matter if it is a Marvel-themed video game, a brand new movie in the theaters, older ones streamed on Netflix, walking the red carpet with the stars of Civil War, discovering a new Marvel television series or shopping for clothes to dress for the occasion, if it has anything to do with the world created by Stan Lee, we’re a part of it.

And you know we love playing games as a family. On a typical week we probably find time for at least eight to ten different games with the kids, and that doesn’t include our weekly game nights at a local college. It has become great bonding time for the family and something we’ve found the kids looking forward to, even going as far as giving up other extra-curricular activities because they don’t want to miss “game night” with the family. 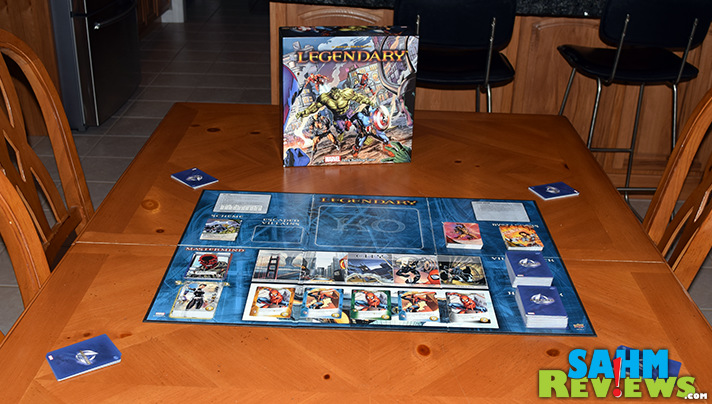 Interestingly, until now these two worlds haven’t collided. Sure, there have been Marvel-themed games published in the past, but those are usually limited version of classic titles like Marvel Monopoly or Marvel Yahtzee. We knew of one line of games featuring the characters from Marvel thanks to a local friend who is into all things Legendary by Upper Deck, and she has graciously hosted a few sessions for us in the past. But it wasn’t until recently we had the opportunity to play the original version. Now we’re wondering why we waited so long!

You might remember us talking about Upper Deck a couple months ago when we featured Bring Out Yer Dead, a board game about burying your relatives. It wasn’t as gruesome as it sounds, and is still a favorite among our girls and their friends. I mean, who doesn’t want to get rid of that weird aunt or uncle and earn points doing so?! But what Upper Deck is really known for is cards, and that’s where they’ve created a monster with the Legendary series. It allows you to take on the villains of the Marvel Universe and recruit those same heroes we gladly shell out $15 to see on the big screen! 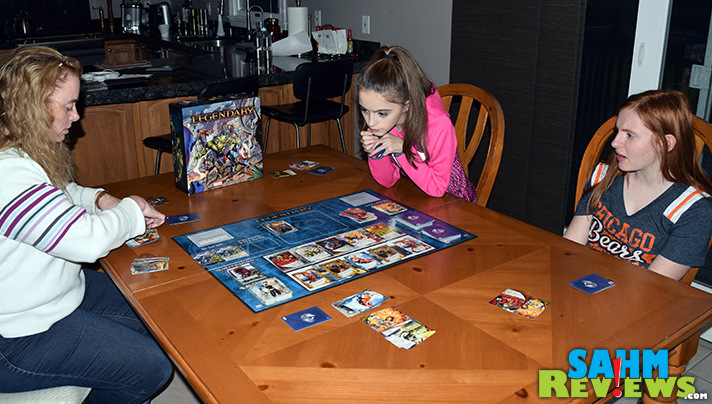 Legendary falls into the category knows as a deck-building game. For the uninformed, this means a game where you start out with a basic hand of cards and use them to slowly purchase other cards to add to your deck, hopefully building something powerful enough to accomplish the game’s tasks. In the case of Legendary, that task is to defeat the Mastermind and all of their Villains. And there are a LOT of Villains… Fortunately it is also a cooperative game – you and your friends are working together to obtain the victory. 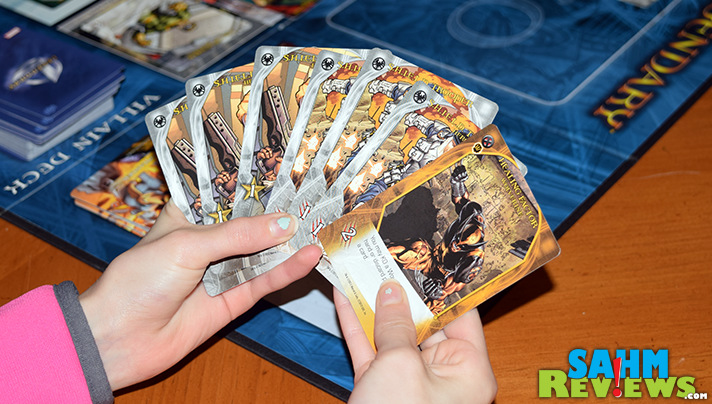 Each player begins with a basic hand of S.H.I.E.L.D. Agents and Troopers. Five heroes are chosen for the game from among the fifteen included, and a Mastermind and Scheme are selected. The Scheme is the ‘story’ of the game and dictates what the Mastermind is up to and how they will accomplish it. Each Mastermind has their own unique powers and attacks, maybe ones too powerful for your heroes. Only time will tell.

On each turn three things happen. First you reveal the top card of the Villain deck, releasing him (or her) into the world. This causes any other villains on the board to shift to the left, deeper into the city. Any villain that gets pushed off the final city space is considered to have escaped, knocking out (KO’ing) one of the active player’s heroes, removing him from the game. 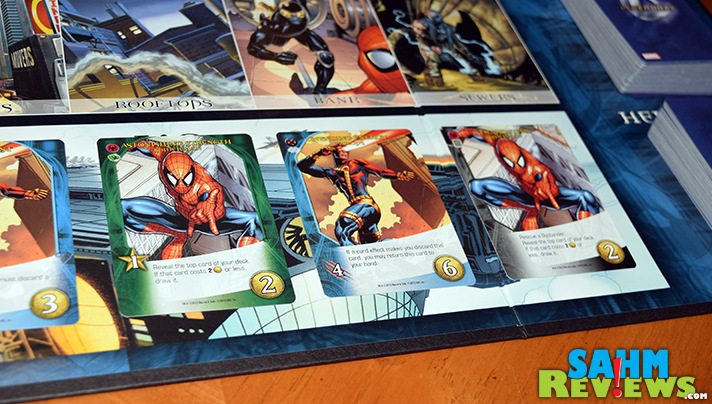 Next, you’ll play the cards from your hand of six cards, either using them to fight the Villains or redeeming them to recruit additional Heroes. You can recruit/fight as many as allowed by the cards you hold, but once you have exhausted as many as you can, discard the rest of your hand to end your turn and draw back up to six cards. 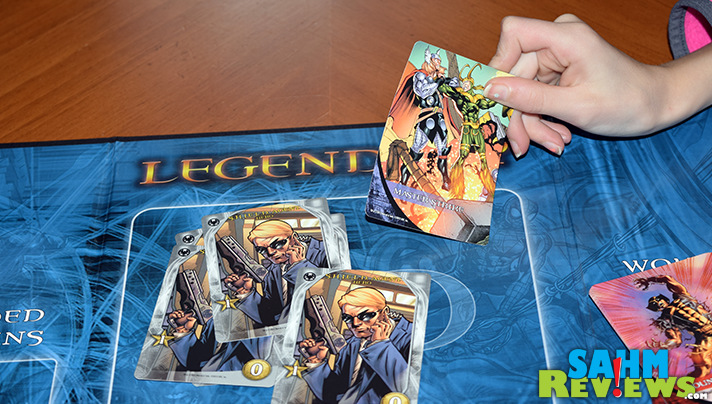 Some Heroes have superpower abilities, that when combined with another card played at the same time, award higher-level attacks, points or even extra cards. Some Villains also have an Ambush ability that resolves right away when they are drawn. There are also Innocent Bystanders that might be captured by the enemy, and rescuing them becomes objective #1 and are worth an additional victory point each. 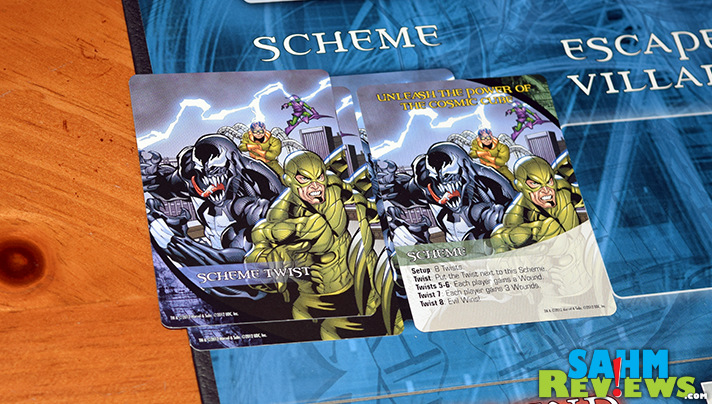 Let’s not forget the Mastermind. They are ultimately the enemy you must defeat, and not just once. Each Legendary Mastermind has four “Tactics” they utilize and all must be overcome in four different battles before they are considered defeated. Once you do so, your team wins the game! So why did you collect bystanders/etc. along the way if it was a team win? Add up your earned points and the person with the highest total is considered the overall winner, having contributed the most to the defeat of the Mastermind.

In the hobby game world, Legendary has quickly established itself as one of the go-to games when considering a deck-building title. Upper Deck didn’t stop there – to date there have been over a half-dozen additions to the line with new ones in the works. Add characters from Deadpool, Guardians of the Galaxy and more to your base game, making every session unique and new. This is THE Marvel game you should have on your game shelf.

Find your own copy on Amazon for around $44 or direct from the Upper Deck Store. Want to know which movie property is next in line for the Legendary treatment? Make sure you’re following Upper Deck on Facebook and Twitter so you can be first in line.

Who is your favorite Marvel hero? Villain?