I’ve been a member of the Netflix Stream Team for a couple years now and am gearing up to start another year. As a participant, I receive loads of information about upcoming Netflix Originals, series updates, movies, documentaries and more. They have provided access to interviews with talent and even opened their doors to a visit to Netflix HQ while some of us were in San Jose for a conference.

So it seems logical that I would have all the scoop on the latest and greatest ways to get our Netflix fix, right? WRONG!

I was working on a project to showcase the features of the Nintendo 3DS XL when I discovered you can stream Netflix on it. What? How long has that been an option and how did we not know? 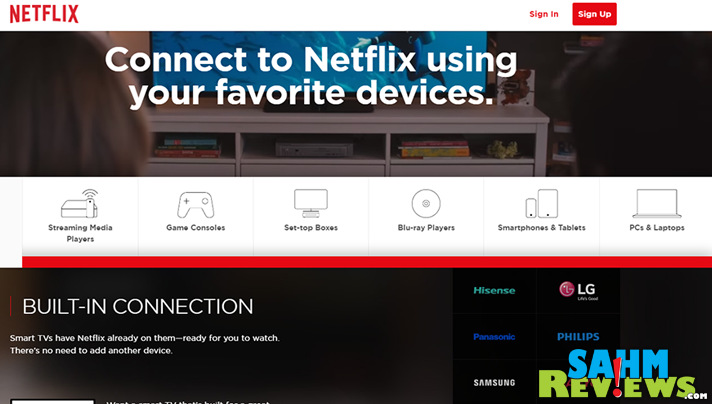 Then it dawned on me that I may not be alone. I was curious how other people streamed Netflix so I launched the question on Facebook. I suspected most would say they use their TV or an iPad, but the variety of devices listed floored me. My friends are pretty tech-diverse!

So let’s break it down. What are some devices for streaming Netflix so you can get your binge-watching fix? 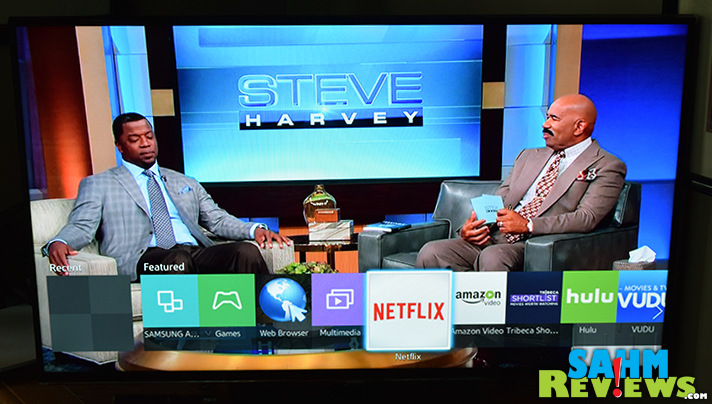 I kind of want to say “Duh”. But I won’t even though this is obvious. Pretty much all smart TV models have Netflix integration. There aren’t other devices required. Some examples of brands are Samsung (which also has a Domino’s app in case you didn’t realize it), Sony, Philips, Panasonic, LG, Sharp, Toshiba, Vizio, Sanyo and Hisense.

Known by many as plug and play streaming sticks, there are two that stand out in the crowd: Chromecast and Roku. But there are other devices. Other brands of media players include Apple TV, Amazon Fire, Nexus Player and Nvidia Shield.

Whether you have an older TV or a SmartTV, most game consoles offer the ability to stream Netflix. The latest releases from the big three all offer it: Microsoft XBOX One, Nintendo WiiU and Sony PS4. But the prior generation of each also offers Netflix streaming capabilities: XBOX 360, Wii and PS3. Here are the sleepers though… did you know Nintendo 3DS and Sony PSVita are also options?

Okay, it may seem a little more old school than streaming sticks, game consoles and smart TVs, but these are solid options if you have a pay TV provider. TiVo and Dish are the most noteworthy but Netflix is also available through multiple cable and pay TV providers. Ask yours if you don’t see Netflix as an option.

Personally, I find it kind of ironic that a Blu-ray player has Netflix capabilities, but you can get a whole lot more bang for your buck with a Netflix subscription than a single Blu-ray. Of course, if you want to watch something that isn’t available on Netflix then I guess that’s where your theater system comes into play. Brands of systems that offer Netflix include Funai, LG, Magnavox, Panasonic, Philips, Samsung, Sharp, Sony and Toshiba. 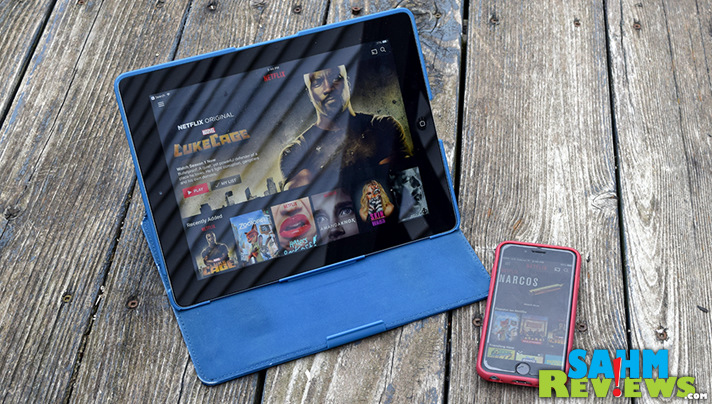 If you own a smart phone or a tablet, you’ll either find the Netflix app pre-installed or you can download it from the appropriate store. There isn’t a fee to download the app, but as with any other device previously mentioned, you do need a subscription. Apple devices, Amazon Fire, Many kids’ tablets as well as Kindle and Nook, which most people associate with being e-readers, are devices with the ability to stream Netflix.

Very few of my friends mentioned it as their preferred way to stream Netflix, but it is an option. The most popular browsers allow you to watch Netflix using your computer.

So when you’re ready to binge-watch a Netflix Original Marvel show, Unbreakable Kimmy Schmidt, Stranger Things, a documentary, a movie or catch up on a series, there are plenty of devices for streaming Netflix.

Where there any that you were not aware of?

14 thoughts on “Devices for Streaming Netflix”