I don’t know about you, but I can visit the same place multiple times and still learn something new. Last year I went behind the scenes at Domino’s World Resource Center, spoke with the leadership team, made pizza and did a variety of other cool activities. I loved touring the facility and seeing the masterpieces created by artists using recycled Domino’s containers and items. When I was invited back again for Digital Insiders Day 2016, I didn’t have to think twice about whether or not it would be informational to attend. 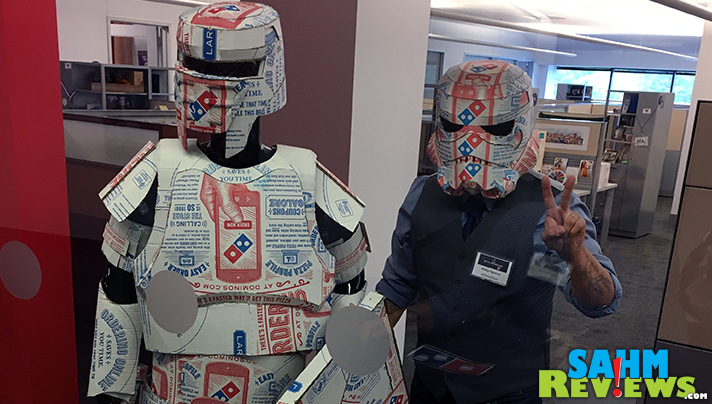 Last year the event was focused around bloggers whom I either knew already or knew the blogs they were working as authors for. This year, they shifted focus and included other digital media as well as the artist who created the Domino’s Storm Trooper!

Here’s a small taste of the things we learned on this latest trip to visit the Domino’s crew in Ann Arbor: 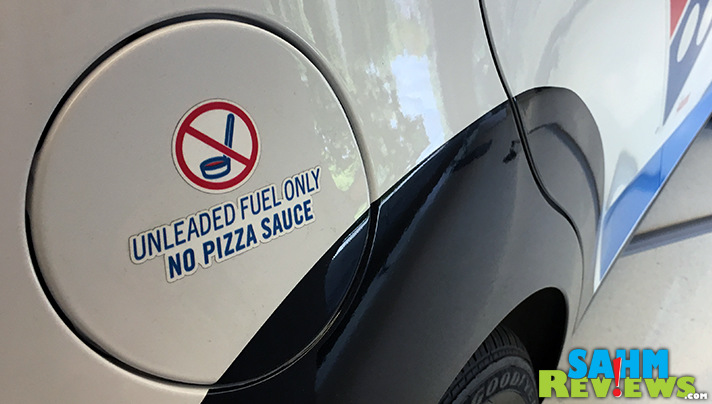 Have you seen the ads about the Domino’s fancy schmancy delivery car with a built-in warming oven? We had the chance to tour it up close, sit in it and hear all about it. The DXP vehicle was custom made by GM and Roush using the Chevy Spark chassis. It holds up to 80 pizzas in warming bags along with pop (or soda depending on what part of the country you live in), dipping cups and salads. The outside of the vehicle is wrapped with the logos and has cute quips like no pizza sauce in the fuel tank. The warming oven keeps pizzas at 140° and is on the driver’s side for efficiency. They put a lot of thought into the vehicle and the result is pretty cool. You can take a virtual tour of the DXP on Facebook or play a DXP adventure game on Instagram. 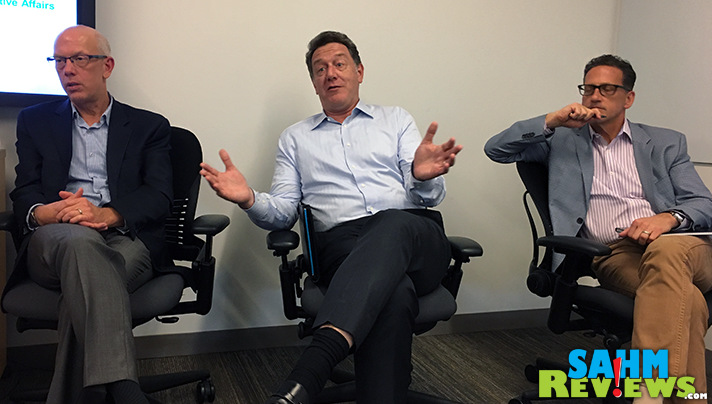 Meeting with Domino’s Leadership Council was an absolute treat last year and was the one thing I spent the most time preparing for this year. I recall their openness to answer random personal as well as serious business questions so I wasn’t going to miss out on that opportunity. Patrick Doyle (President and CEO), Kevin Vasconi (EVP and Chief Information Officer) and Tim McIntyre (EVP Communication, Investor Relations and Legislative Affairs) were the three we met with and we wasted no time getting into the details. Among the many things we discussed, it was great to her that Domino’s continues to focus on creating good experiences – with ordering, delivery, the store as well as the food itself. When asked what their favorite pizza was, we continuously heard “Pacific Coast Veggie”. I’ve never tried it but when executives all say it is their favorite, well, that made me want to order it…

Domino’s has taken advantage of technology to make ordering even easier. Options for ordering include using a smart watch, text messaging, Twitter, zero click through the app and Amazon Echo as well as Ford Sync. The latest is a partnership with Samsung to include the ability to order through an app on smart TVs. I asked the leadership team who initiates these types of partnerships with companies like Apple, Ford, Amazon, Twitter and Samsung. They said sometimes Domino’s reaches out to the brands but they are seeing more instances of the technology companies reaching out to Domino’s to add value to their product.

During Digital Influencer Day, the technology team behind Anyware brought in a variety of devices for us to use for ording on a test account. Ordering using the Amazon Echo was a hands-free option as is the zero-click ordering in the app. I had a lot of fun ordering pizza through the Apple Watch while others were testing out other Android Wear smart watches. While sitting at my computer listening to the presentation, I opened Facebook Messenger to walk through the process as they described it and was excited to see how easy it was. They cautioned me not to click any further or a pizza would be on the way to my home. I made sure to use the test devices after that. The only catch is that you need to have an account set up (I told you about the Piece of the Pie rewards program last year) along with a favorite order in the profile. After that… easy peasy. And kind of addicting. 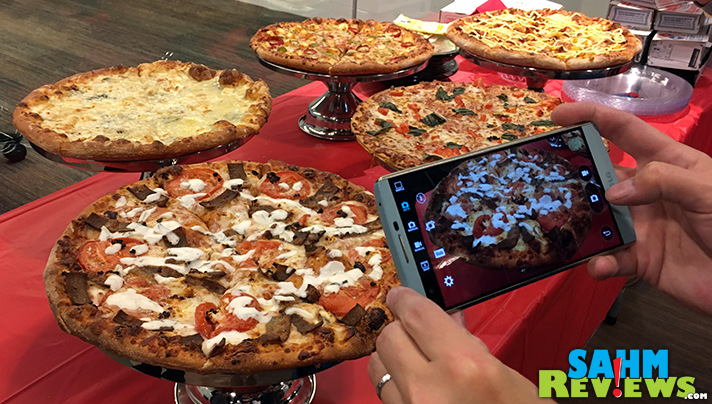 While my favorite part of going behind-the-scenes at Domino’s will always be the opportunity to talk to the Leadership team, I have to admit a highlight was testing out some of the pizzas they serve internationally. The marketing team coordinated to serve us pizzas that even their staffers don’t see except on special occasions like this. Among them were:

My personal favorite was a tie between the Peppery Paneer from India and the Shawarma pizza. I think I need to take the family on an extended trip to travel the world testing Domino’s international flavors! Yum.

Of course, I want to make sure I mention that St. Jude is the charity supported by Domino’s as voted on by their franchisees. With each order during their fundraising efforts, customers are given the option of adding a donation onto their order. Domino’s has pledged and raised more that $31 million in 12 years and have committed to raising $35 million by 2023. It cost $2 million per day to run St. Jude Research Hospital so every penny counts! This year’s campaign will begin soon and I want to encourage my readers to contribute, even if only a tiny amount. To help promote it, I’m giving away a $50 Domino’s gift card!

What Anyware device will you use to place your pizza order? Will you support St. Jude Research Hospital?

49 thoughts on “Cars, Tech and Pizza at Digital Insiders Day”