If It Is Broken, You Fix It. Right, Domino’s?

Mama was right when she said, “Learn from your mistakes.” Too many people fail to recognize the things they do wrong and the results are never good. Last week I visited Domino’s Pizza World Resource Center to learn that even corporations can learn from their mistakes and turn their businesses around. 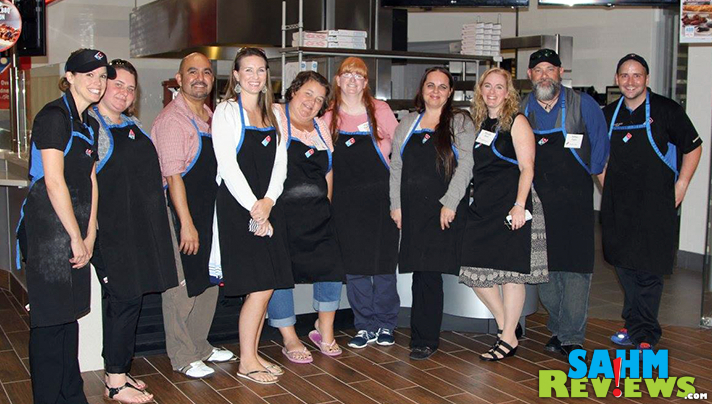 Although I only spent two days in Ann Arbor with 7 other bloggers as part of Domino’s Blogger Day, it felt like a lot longer. A number of resources were at our disposal which allowed us to learn many inner workings and voice our opinions to a variety of different departments. We took a tour of the facility (including the test kitchen and blind tasting areas), visited one of their new store models, toured the supply chain center, learned how to make pizzas, met the teams who handle marketing, product innovation and social media then ultimately participated in panel discussion with executives, including President and CEO Patrick Doyle.

I could give you everything in chronological order, but I prefer to start with the tasty stuff. I’m terrible in the kitchen, so I was pretty sure my pizzas would be a disaster. They weren’t! On two occasions we made pizzas and were given the option of eating our own. I decided I would try mine (then steal someone else’s) and was pleasantly surprised with how good mine turned out! With a good dough and topped with quality ingredients, how could I go wrong? 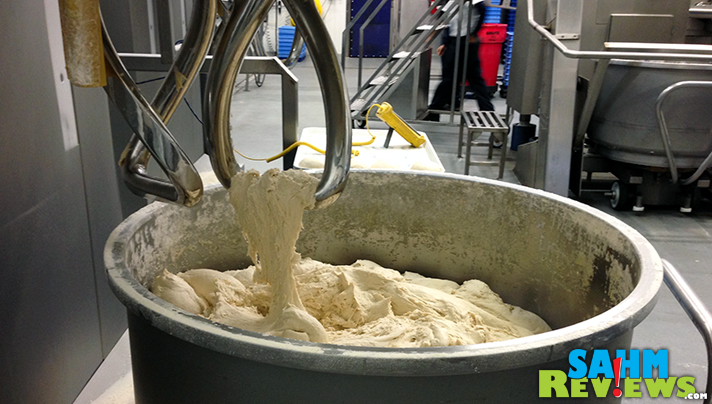 So let’s talk about that dough. That is the base of any pizza and there was a time when Domino’s lost the way and ended up with a product that people (including myself) chose not to eat. They finally came to terms with their failures and revisited, retested, recreated themselves. The result: a delicious dough that made for a delicious pizza.

One of the stops on the trip was at the supply chain center where the dough is made and delivered along with all the ingredients, equipment and supplies needed by the stores. It was pretty cool watching the pizza dough being made and packaged. Did you know that stores have to file a special request to carry an ingredient that isn’t included on their nationwide menu? Some stores offer salads while others have regional toppings. Taco Pizzas are big here in the Midwest while my specific geographic area offers a specialty pizza that includes sauerkraut. Don’t scoff… it’s really good. 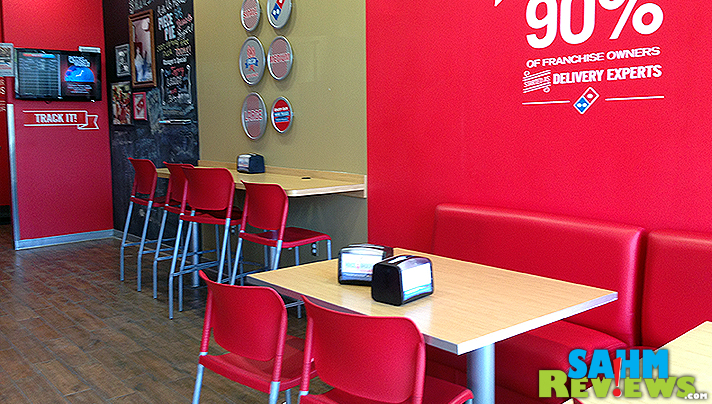 We also visited a local store that had been remodeled to showcase their new store design referred to as the “Pizza Theater.” No, you can’t go in and watch movies. It’s not THAT kind of theater. The difference is that the stores now offer seating areas so you can eat right there. It’s called a theater because there’s a glass divider so you can watch your food being prepared. 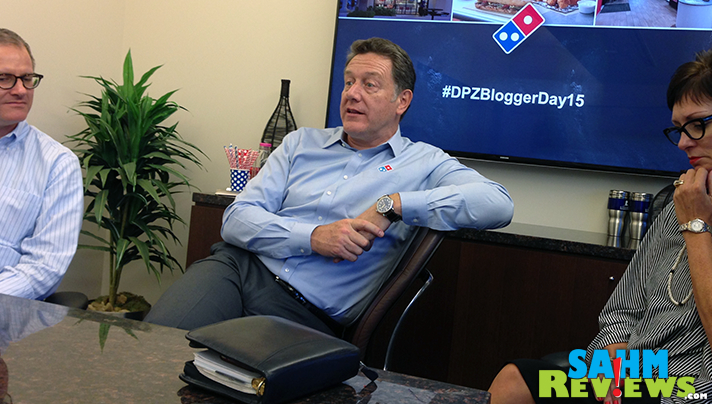 Remember how I said that we learn from our mistakes? Domino’s did and they revamped the dough along with a number of other things they didn’t like. You know why? Because they listen. Seriously listen. During our meeting, they allowed us to ask questions and they answered all of them. No dodging anything. Complete transparency. They even asked us questions about what we didn’t like. We’re bloggers so we were honest. Brutally honest, you might even say. Our readers let us know things they did (and didn’t) like and we certainly passed those ideas along. I watched as Dennis Maloney, VP – Chief Digital Officer, took notes about the things we said pertaining to his department. People who don’t care don’t take notes. But they care. They also learn from mistakes.

One of the interesting features about the new online ordering system is that people are able to track the progress of their pizza to see what stage of the process it is in. Through that app there is an option to make notes – for the driver, the staff or just general comments about what the customer thought. Those comments are displayed on screens everywhere. We saw them at the store but we also saw them at the corporate office. Not only are they proud of the great things that are said, but they heed the call when something is wrong.

That’s also what we found pretty inspiring about the social team and their approach to customer service. They take their job seriously and make resolve as needed. They also are quirky and fun if they see an opportunity. Tweet something out to them or leave a message on the Domino’s Facebook page and see how they reply.

As I’m sure you know, Domino’s is more than just pizza now. Their menu includes sandwiches, chicken and desserts among other items. We learned that they don’t offer seasonal items because the investment in advertising and promotion takes away from the rest of their efforts. If it isn’t good enough to be on their everyday menu then it doesn’t belong on the menu at all. We sampled a variety of items from their menu and I didn’t find anything I did NOT like. One of their latest creations is the Marbled Cooke Brownie. I didn’t like that it only had one center piece. Other than that, I loved it.

Domino’s wants people to know that they’ve changed their tune and their food is much better. (Really, it is!) They’ve given us a $20 gift card to give to one lucky SahmReviews.com reader. Enter is easy using the entry form. Come back every day to be rewarded with additional entry options. Speaking of rewards, don’t forget to sign up for Domino’s new “Piece of the Pie” rewards program. You can earn rewards toward free pizzas and we all know how awesome FREE stuff is!

What is your favorite item to order from Domino’s?