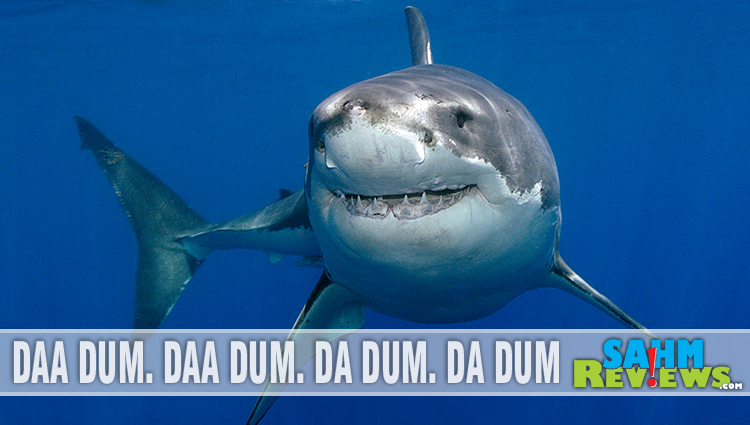 Shark Week on Discovery Channel is one of the few television theme weeks I can think of that people wait all year for. I’m sure it has something to do with the fact we all grew up watching Jaws and its sequels. Adding in the seemingly abnormal number of actual shark attacks this year has kept these sea monsters in the news almost daily. While checkout out the demonstration of Click Clack Lumberjack by Mayday Games at this years’ Gen Con, I noticed a small, shark-related game at the other end of the table – Get Bit! And it had robots…what an interesting combination. 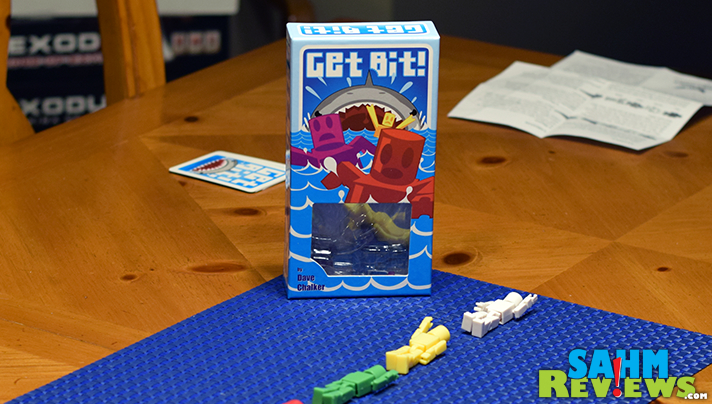 And one that I can totally appreciate. I mean, how gory and non-pc would it be to have a game where a shark ate people? Robots are fine, we can always make more. And since the game made its debut in 2007, there was no way they could know there would be a shark frenzy this year. Nevertheless, Get Bit! is as fun today as it was 8 years ago – keep reading, I’m sure you’ll agree.

In Get Bit! you play as a robot swimming in the ocean (don’t ask, I don’t know what you’re doing out there). If you’re asking “why don’t I sink?” Well duh, you’re a plastic robot! Fortunately your robot friends are there with you, but unfortunately so is a shark. And he’s hungry. So much so that he’ll eat plastic robots. 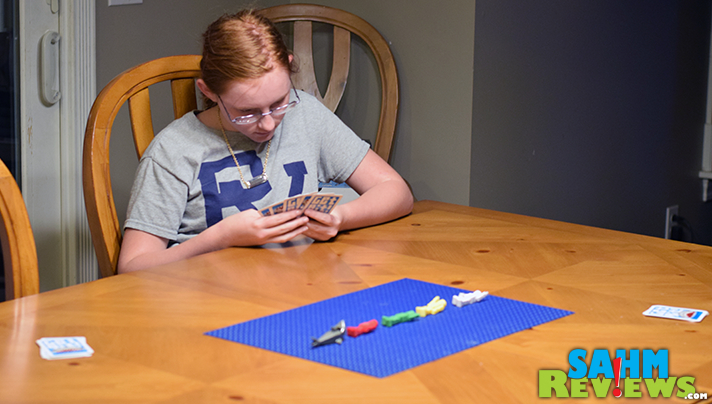 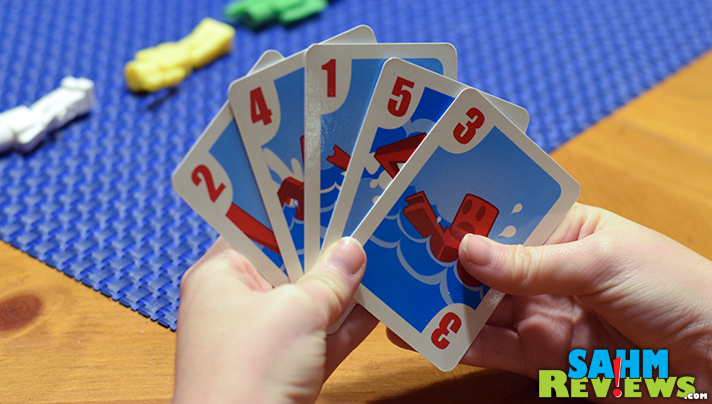 Every player receives an identical hand of cards with numbers on them ranging from one to one more than the number of players (Get Bit! supports up to six players). On your turn you decide on one card to play face down. When everyone has selected one card, they are all revealed at the same time. 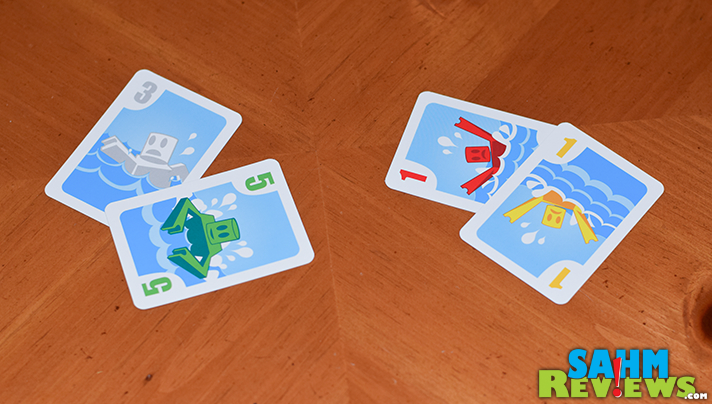 In order to get away from the shark, you must have played a card that no one else played. If you tie anyone else, your robot does nothing this round. This might sound fine if you are at the front of the line, however, every other person who played a unique card gets to jump to the front of the line, in order from lowest number to highest. What was once a safe position might now actually be at the lips of the shark!

After all cards have been checked and robots jumped, the shark then bites off a limb of the robot closest to him! Get Bit! includes six colored robots with removable limbs that snap back together easily. Take off any limb and return to the front of the pack. 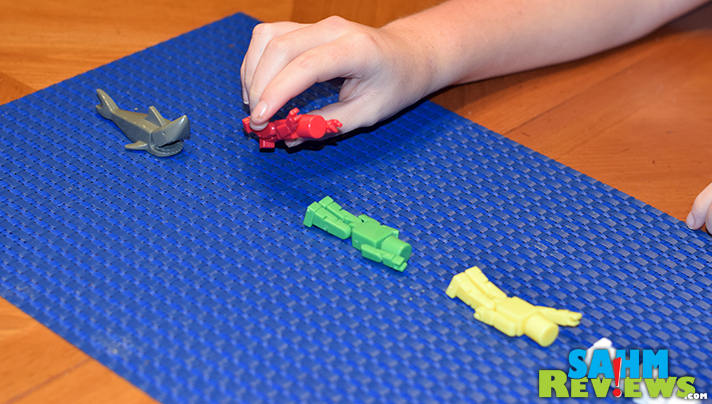 During the next round, anyone who wasn’t bit discards their played card. Now they have less to choose from and keeping track of what the others have played becomes a key strategy. Once you are bit or have used all but one of your cards, you pick up your discards, shuffle and start the next round with a full hand. 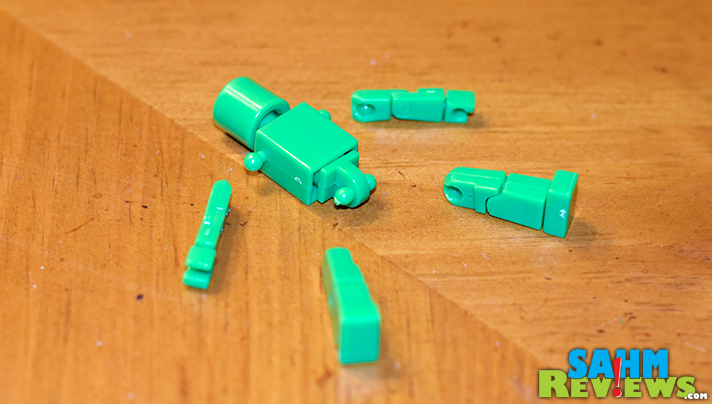 One by one players will be eliminated until only one robot remains. Lucky for you the shark is now full and you make it back to shore, where you spend the rest of your years assembling cars in a Hyundai factory (just kidding).

Very kid-appropriate and rated at only 10-20 minutes per game, Get Bit! is a hilarious game that incorporates a variation of trick-taking coupled with robot dismemberment! It has been so well-received that Mayday Games has even issued a Deluxe Version that turns each robot into an individual character with included self-applied stickers! Find the base game on Amazon for well under $20, with the Deluxe Version ringing in at just a couple dollars more.

Don’t want to wait until next year for your own shark week? Mayday Games has offered a free copy to one lucky SahmReviews reader by entering our contest below! Be sure to come back tomorrow for additional entries!