Think back to 5th grade for a minute. Can you remember your crush? What was something that you did simply because you wanted that crush’s attention? Did you change your hair or makeup? Did you join a club or sports team? Did your decision have an impact that set the path for the rest of your life? 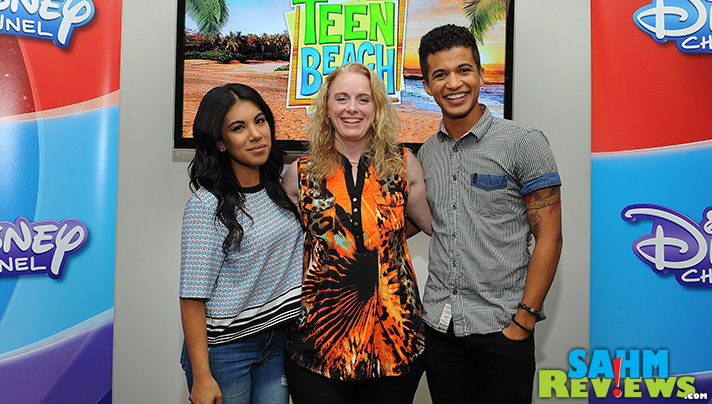 That is exactly what happened to Jordan Fisher and Chrissie Fit, stars of the upcoming Disney release, Teen Beach 2. During an exclusive interview last week, Jordan and Chrissie shared the following fun nuggets about how they got their start. It started with a crush. Jordan said, “I had a crush on a girl in the 5th grade who joined the Drama Club and so… …I joined the Drama Club. And so I started acting and singing and dancing all on the same day… when I was 10.” Quite ironic because Chrissie’s story was very similar. “…I guess my acting story is similar to yours because in 5th grade the Spanish Teacher was… …doing this production and it was just like a gypsy kind of dance, singing kinda’ thing and only 6th graders can go.” Want to venture a guess as to the grade of her crush? Yup. 6th grade. She said, “I need to be IN this show so he can SEE me and, like, fall in love with me.” She approached the teacher and insisted she needed to be in the show. The obvious answer from the teacher was no; she was only in 5th grade AND there are no roles. So Chrissy went home and borrowed the script from her neighbor who was in the show. As Chrissy explains, “…And I read it and I noticed there wasn’t a bad girl in it. And I said, “Well there HAS to be a bad girl.” So I went the next day and I said, “Can I play a bad girl?”” then proceeded to pitch the bad girl idea to her teacher. Whether her teacher felt sorry for her or just appreciated her initiative, she landed a part in the show. If you’re curious if either Jordan or Chrissie connected with either of their crushes, the answer is no. They did each find a new love in performing. 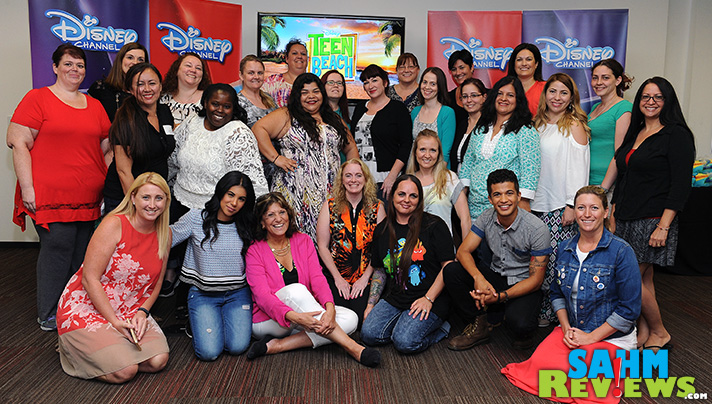 I shared the other day about the private dance lessons with Chrissie Fit and Jordan Fisher. How they taught us a few 8-counts from Gotta Be Me from the new Teen Beach 2 movie. Not only did I learn dance moves from them, but I learned what amazing role models my daughters have. Chrissie and Jordan were friendly and charismatic. Not only during the dance lessons but also during the Q&A session. It was a very short session but they were open and caring while answering all our questions. 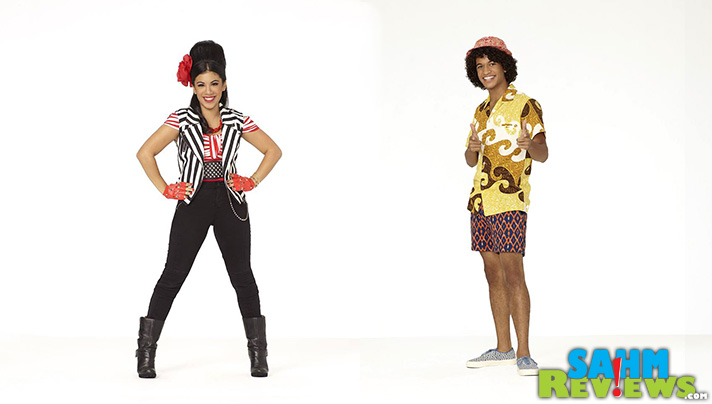 As an example, my daughter (who has watched Teen Beach movie multiple times) was curious about their wardrobes. She’s a self-proclaimed aspiring fashion designer and wanted to know if their costumes were comfortable, if they were allowed to pick out their outfits and if Chrissie had any input on how her hair was styled. If you have watched the trailer, you have an idea of how tall “Chee Chee” has her hair in the movies. One of the other bloggers asked more specifics about her hair. In the original Teen Beach movie, the entire beehive updo was Chrissie’s own hair. In Teen Beach 2, they opted to use a piece instead. Chrissie explained that having a piece was better for her hair (less teasing and prep), but it was very distracting and difficult to move around with. She said with her own hair, it stayed in place better. With the piece it tended to shift and felt like there was more maintenance involved. She said “…if we have to get that beehive going again then I probably would do my hair again.” Wonder if that means they’re planning on a Teen Beach 3.

But let’s get back to wardrobe for a minute. That was my 10 year old’s question so I would be remiss if I didn’t share it. Here’s what I asked, “My 10 year old daughter is an aspiring Fashion Designer and she wants to know if the costumes were comfortable and if not what would you have changed?” I have to admit that their reaction – clarifying that it was HER question – then smiling in amazement made me beam with pride. Even though my daughter was a few thousands miles away, I could feel her sitting right with me listening intently. Chrissie responded saying that the leather wasn’t uncomfortable. They filmed in Puerto Rico so it was quite hot. She said, “…never felt uncomfortable or, or you know there was– if, if your daughter can figure out a way to make leather a little more breathable, that would be fantastic.” Guess I need to get my daughter started on breathable leather designs for Chrissie. Jordan pointed out that the team was great to work with. They had great teamwork that only comes when you’re doing a project the second time. If the actors or dancers had issues (about wardrobe or anything) then their concerns were heard and addressed. As an example, Chrissie had trouble dancing in one of the corsets to they found a different outfit for her to wear during those scenes. That dynamic and synergy comes through well in the movie – in the complex dance scenes especially. 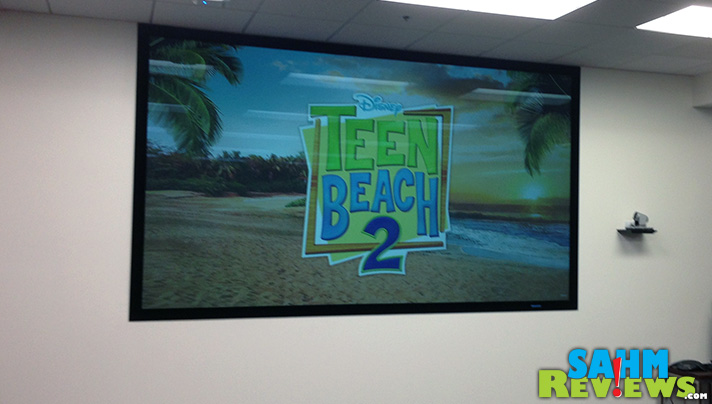 Now that I’ve told you a bit about a few of the stars, I guess I should probably share something about the movie itself. First of all, it’s important to watch the original Teen Beach movie before watching the sequel. My daughter watches it on Netflix; check your local listings for availability on cable/satellite and On Demand. The movies tie together in many ways so knowing the back story and details presented in the original can impact your understanding and interest in Teen Beach 2. The original is about a young couple who are magically transported to the world portrayed in a 60’s retro beach movie, “Wet Side Story”. Set on a beach, a la Annette Funicello and Frankie Avalon, two rival groups (bikers and surfers) are regularly pit against each other.

In the new movie, Teen Beach 2, some of the characters from “Wet Side Story” find themselves in the modern day world. If you stop and think about it, the characteristics of individuals, opportunities and life in general between the 60s and now are pretty different. One very poignant difference is that women in the 1960s didn’t have the same choices that women today have. Women weren’t assertive in making decisions. They weren’t taken as seriously. They weren’t valued for their contributions outside the home. Teen Beach 2 takes those concepts and emphasizes the importance of empowerment. Many other key points are touched on as well, but this certainly was my favorite.

The movie is inspiring and filled with amazing dance scenes and a fantastic soundtrack. While I liked the first one, this one left me with earworms that I didn’t mind hosting.

Teen Beach 2 premieres Friday, June 26th at 8:00 p.m., ET/PT on Disney Channel and available on DVD with a never-before-seen dance rehearsal bonus feature. Pop some popcorn, grab your kids, put on your dance shoes and get ready for a fun movie night.

11 thoughts on “Crushes That Start Journeys to Stardom”