This week marked my first Hollywood press trip. Among other things, I was given the opportunity to ask questions of some very talented individuals, Phineas and Ferb masterminds Dan Povenmire and Jeff “Swampy” Marsh.

What did I do? Asked a question that made them more emotional than I expected. 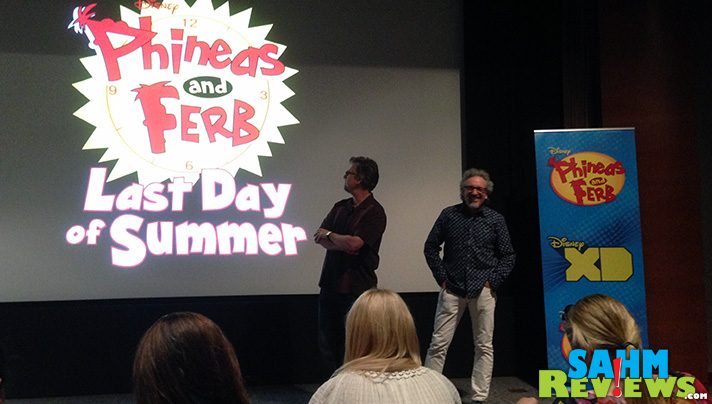 We had just finished watching the final episode of Phineas and Ferb and we were already pretty raw with sentiment. Their answers to my question along with the others were truly inspiring and fit with how I feel as a parent.

Over and over again, we share stories about empowering our kids to be the best they can be. We discuss nurturing their musical talents, encouraging their potential career interests, supporting their passions, then revel at their capacity to learn. When they perform for the symphony, excel in engineering or robotics, or succeed at outplaying adults in board games, we know we have played a big part in all of it.

We nurture their interests. As parents, that is our job.

As you know, we feel strongly about introducing them to a variety of topics, hobbies and experiences. Not only does it allow them the opportunity to see the diversity of the world around them, but it gives us the occasion to teach them what is right and wrong. We use this same philosophy when it comes to what they watch on television as well. I prefer shows that teach some kind of lesson or encourage some kind of interest. There are a number that fall into that category and Phineas and Ferb is one that meets with our approval. 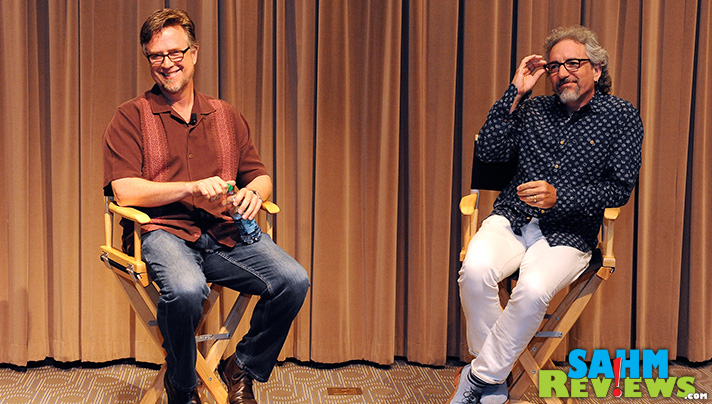 The show by Creators and Executive Producers Dan Povenmire and Jeff “Swampy” Marsh has been on for 10 years and focuses on the two main characters for which the show is named along with their older sister. Supporting cast includes their platypus pet/secret agent, a handful of neighborhood friends, the parents and the token evil-doer. Phineas and Ferb are creative, intelligent and filled with imaginative ideas. What’s not to love about a show like that?

Instead of allowing the show to linger, the creators decided to wrap it up with one last episode that tied the series together and offered some closure, something uncommon when it comes to children’s shows. The title sequence of every episode references “104 days of summer vacation” so the final episode is appropriately titled “Phineas and Ferb Last Day of Summer”. 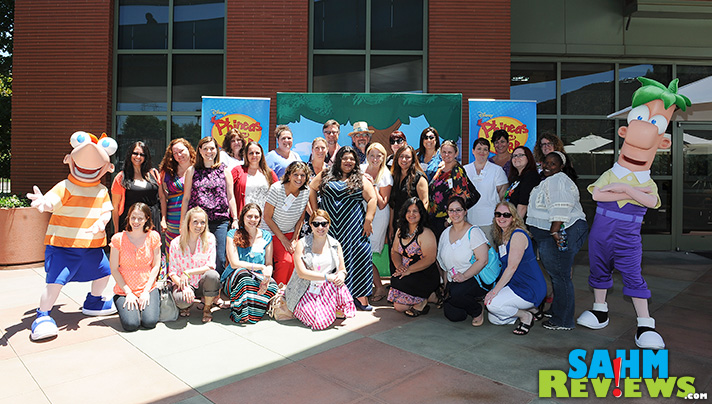 This past Monday during the previously mentioned first Hollywood press trip, we screened the finale then interview Dan and Swampy. Hopefully you had a chance to follow #PhineasandFerbEvent on Twitter, Instagram and Facebook to get a little bit of information, but today I’m going to share some of my greatest takeaways from the event.

First of all, the finale… if you’ve watched any of the episodes over the years, you’ll want to see it. If you’re like me and easily tear up at movies, bring along some tissue. Let’s start with Easter Eggs. Last Day of Summer offers tributes to prior episodes as well as a shout-out to the talented individuals who have provided the voices of these characters over the years. The cartoon characters morph into their vocal counterparts. Except Beuford. He turns into an octopus. Dan and Jeff “Swampy” said it’s because they wanted to show the individuals who had some kind of resemblance to their cartoon characters. Dan explained “…people have seen it several times before they realize, “Hey why didn’t Beuford change?” So it was like, “You, you didn’t wanna’ see Beuford. Trust me on this.”

Oh, the title song and the 104 days of summer vacation. If your kids get upset when they count days on the calendar, just tell them it’s more fun to sing 104 days than what they really get. At least that’s what Jeff says. In all reality, the error was made when they first discussed the concept of creating the show set in summer. (Dan apparently doesn’t like drawing school desks. LOL) As they sat in a meeting, someone said they had recently researched how many days of summer and the number was 104. By the time they clarified that was “summer” and not “summer vacation” it was too late. If we accept that Phineas and Ferb are able to imagine over-the-top inventions that don’t exist, I guess having a 104 day summer vacation isn’t entirely unbelievable either.

I figured many of the stories were inspired by something happening in their own lives. Some of it is, but most of it stems from their own childhoods. Dan said, “Swampy and I were both sort of creative kids and, and we had creative parents that would allow us to do ridiculous things and were always building.” He proceeded to share a story of how some of his buddies explored the drainage pipes in his neighborhood armed with sticks and flashlights. It wasn’t until they looked out through a storm drain that they recognized a local church and realized they were a mile and a half from home. That’s when they realized they should turn and head back. I found this extremely interesting because just the other day I was talking about how different childhood is now versus when I was my daughters’ ages. Speaking from experience, modern-day parents barely let their kids out of their sight. Allowing them to run through the drainage system would be completely unheard of. Jeff said they leverage those memories to come up with what Phineas and Ferb would do. “Starts with us putting our, ourselves back as you know a 10 to 12 year old boy and thinking if you could do anything and that’s pretty easy for us to do… …cause we’re, we’re pretty close to that maturity level.” 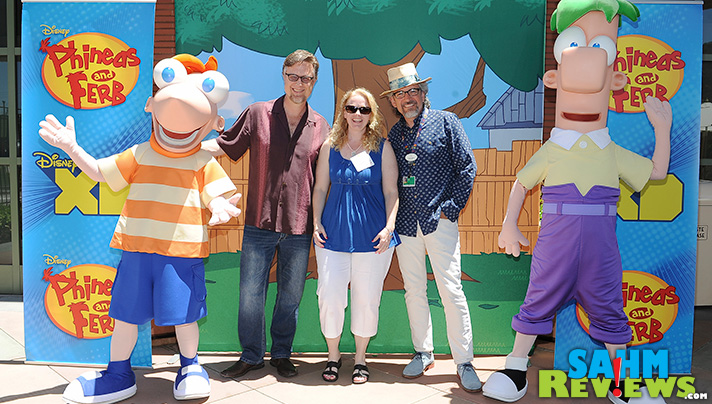 After a series of questions, I mustered the nerve to ask one myself. Shows like theirs serve as inspiration for the next generation. I asked if they had been told “Has anyone said that you have inspired them to become an engineer or something like that and if they have, obviously they have,… what is your FAVORITE one that you have heard? The favorite inspiration?” Jeff quickly replied “I don’t have a favorite, but you would be shocked at how many letters we get of people telling us… you got us through a really dark time…” Dan finished Jeff’s sentence with “…You inspire my kid to be more, more creative.” He then proceeded to share a story about a letter that (he thinks) was sent to Gary Marsh, head of the channel. Before their kid was watching Phineas, the child showed little interest in art. His focus was to get through art class to be able to go out and play. Dan explained, “… (the child) would never draw anything, would never do anything, you know. And she (the mom) sent a picture that he had drawn from before Phineas and it was like, like one line on a piece of paper… …And then a picture that he drew after he started watching Phineas and, and all the creativity that she saw coming out of him…” As Dan choked up, he said, “We get a lot of stuff like that.” And I cried, too. They both went on to tell about the correspondence on social media when Last Day of Summer was announced. All the heartwarming messages. It helped one person through PTSD and another get through chemo with her child. The room was filled with emotion. I wasn’t sorry I asked. I think everyone needs to know how such a simple thing – a cartoon about two kids and their sister – can change so many lives for the better. 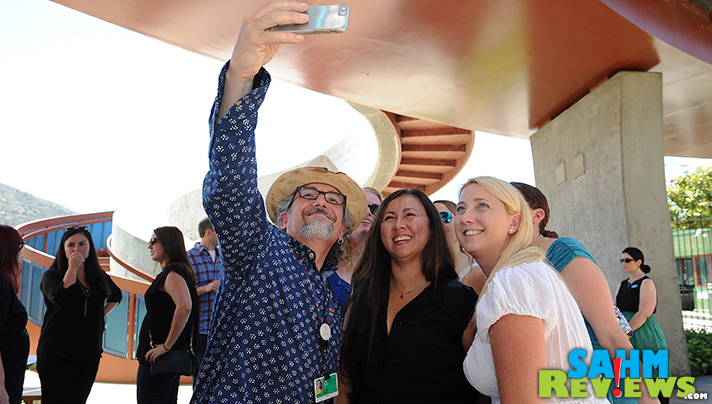 What is your favorite part of Phineas and Ferb?

23 thoughts on “An Emotional Phineas and Ferb Goodbye”